A Walk Around Lustleigh Map

Last week I was staying in deepest Devon in the lovely village of Lustleigh on the edge of Dartmoor but within the boundary of the Dartmoor National Park. In addition to everything listed on the walk leaflet there is an excellent community shop called The Dairy. It houses the Post Office (open 9-1 each weekday) and itself is open every day including Sunday. Come with me on a walk through Lustleigh …

Starting at the village centre, outside the Church. 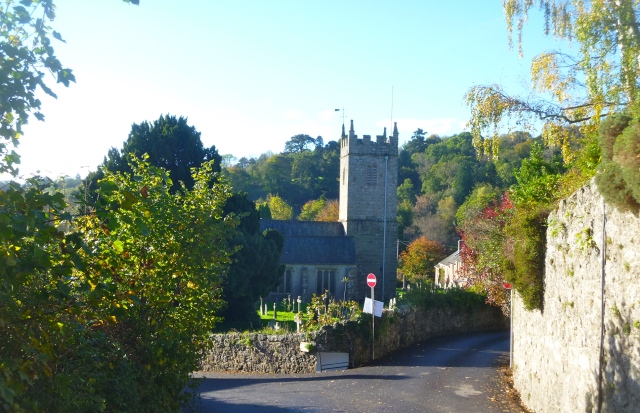 1. Church of St John the Baptist: built in the 12th century on a Celtic site. Inside see the raised Celtic stone and the beautiful rood screen. 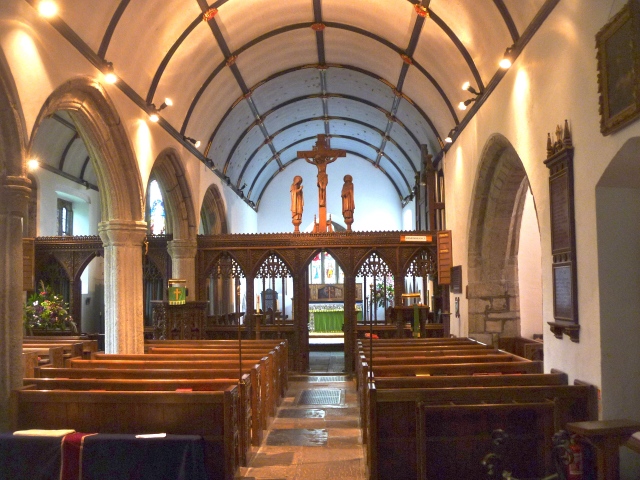 [This ancient stone was removed from the position in the paving below the inner doorway of the church porch in 1979 in order to preserve it from further wear. It belongs within a well-recognised series of commemorative stones erected in the post-Roman period between about AD450 and AD600. The inscription probably read ‘DATUIDOCI CONHINOCI FILIUS’ – the stone Datuidoci the son of Conhinoci’.]

2. The Old Vestry: originally a school (see tablet on wall above the door). Now used for church choir rehearsals, parish council meetings and by the Lustleigh Society for the Community Archive. 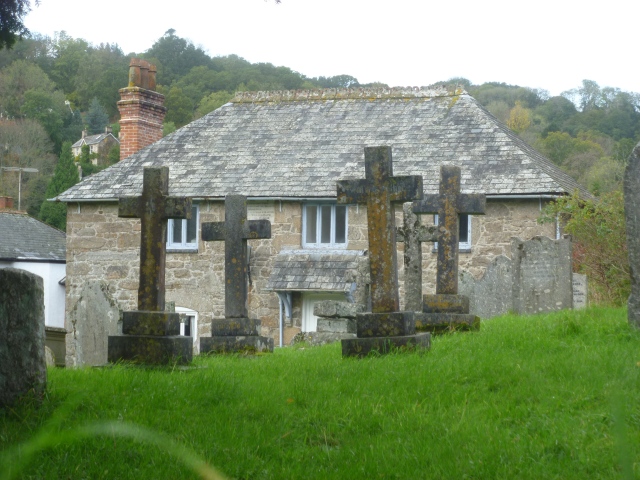 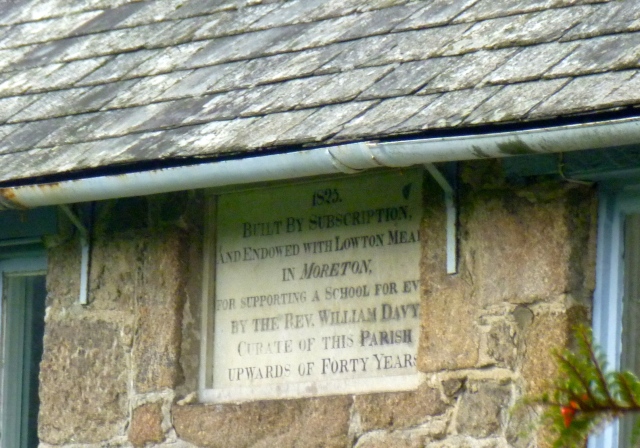 Tablet on The Old Vestry

3. Church House: built around the 14th century. It was once a centre for village social activities, later became a Poor House and then a Reading Room.

4. The Cleave Hotel: originally an old farm “Gatehouse” and became a public house in the 19th century.

5. Tudor Cross on the village green. Made of stone with a Maltese Cross head and chamfered shaft on an octagonal base. Erected in memory of Rector Henry Tudor (1888-1904). Nearby was the site of the village pump. Only the granite trough remains.

6. Cottages around the green: In the mid 19th century many were shops and one a Post Office. Primrose Cottage [tea rooms] was built in 1940 on the site of a hardware shop. 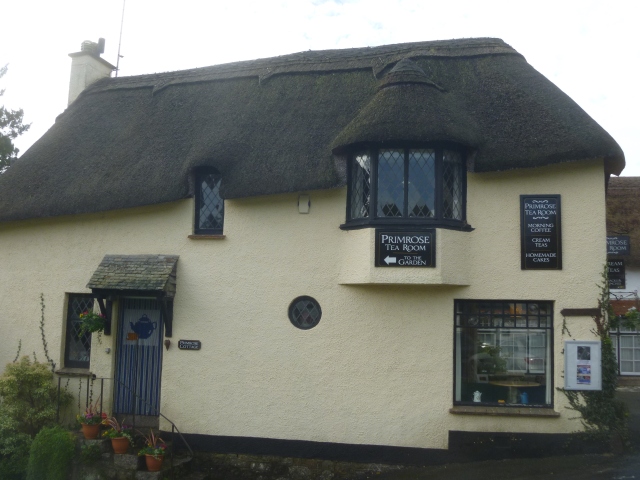 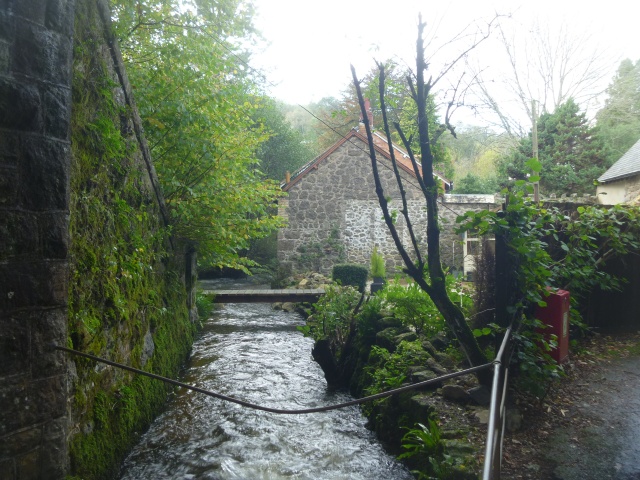 8. Wreyland: Approached from under the railway bridge Wreyland (or Wrayland) is a small hamlet that was part of the parish of Bovey Tracey until 1957. The Wrey Brook being the boundary between Lustleigh and Bovey. The thatched cottage on the left, known as Wreyland Manor, was where early manorial courts were held. Cecil Torr’s family owned properties here, including Yonder Wreyland where “Small Talk at Wreyland” was written.

13 comments on “Welcome to Lustleigh : A Short Tour of the Village – The Church, The Green and Wreyland”