There is a marvellous exhibition currently showing at The Sainsbury Centre for Visual Arts at the University of East Anglia in Norwich.

“A new exhibition, Masterpieces: Art and East Anglia is opening at the Sainsbury Centre for Visual Arts in September, in celebration of the rich and unique artistic heritage of the local region. Approximately 250 objects will be on show, from across the visual arts, ranging from the prehistoric period to the present day. Drawn from more than 60 major public and private collections, the exhibition will showcase the array of masterworks that East Anglia has inspired, produced and collected, and demonstrate the region’s importance in both a national and international context.

The oldest exhibit, the Happisburgh flint handaxe, crafted at least 700,000 years ago, will sit beside works by John Sell Cotman, John Constable, Thomas Gainsborough and Olive Edis. Sculptures by Barbara Hepworth will be dispersed throughout the SCVA’s newly-refurbished galleries and the iconic Lotus 72 sports car will take up pole position in the West End.

Masterpieces: Art and East Anglia will be the first show on display in the SCVA’s newly-refurbished galleries. The exhibition coincides with the University’s 50th Anniversary and will help to mark the significant contribution that UEA has made to the region.” [Source]

I was lucky enough to catch this show when I was down in Norwich a few weeks ago visiting family. The Exhibition comprises part of the 50th anniversary celebrations for the University of East Anglia, in Norwich. Oh dear, I can remember when it opened in one of my favourite parks (Earlham Park) and some of its offices occupied Earlham Hall (the childhood home of prison reformer Elizabeth Fry) … 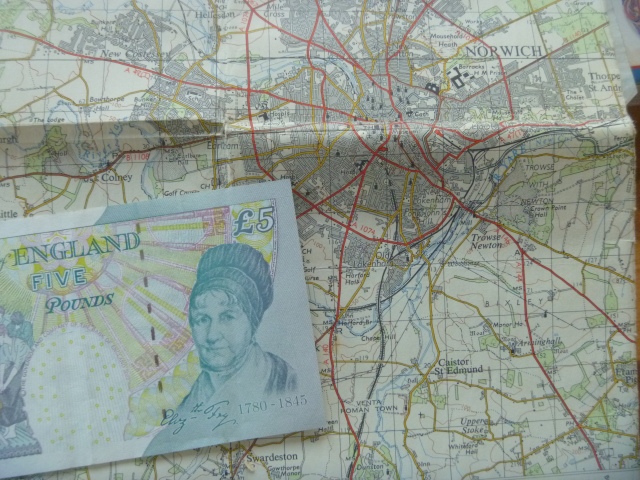 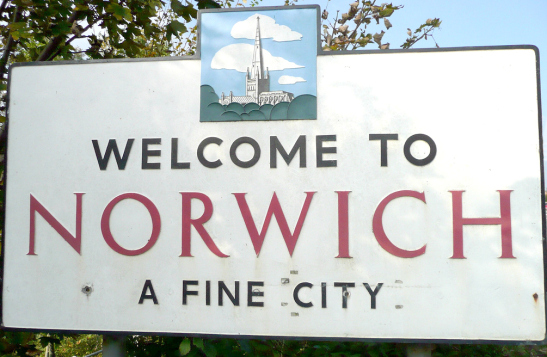 But I digress and return to the excellent exhibition which has the best opening times, ever. Although closed on Mondays and between 22nd December this year and 2nd January 2014 it’s open Tuesday to Saturday 10am – 8pm and on Sundays from 10am until 5pm. We made our visit on a Saturday at 5.30pm. We were able to park right outside and had the whole gallery to ourselves. With our Art Fund cards we paid half price for entry.

No photography is allowed in the main lower gallery but four large exhibits are displayed alongside the Sainsbury Centre for the Visual Arts permanent collection. A Lotus racing car is displayed in the restaurant but that was closed and too dark to photograph. 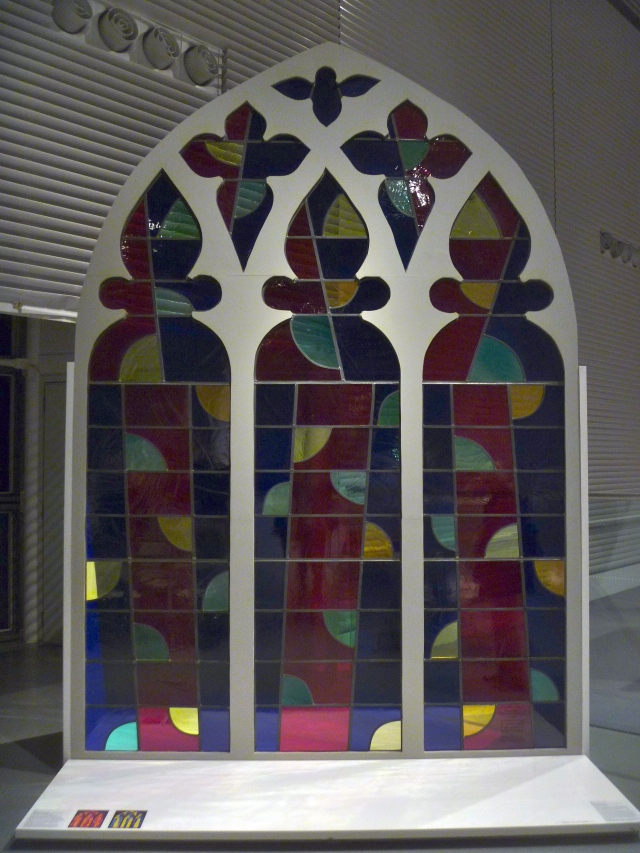 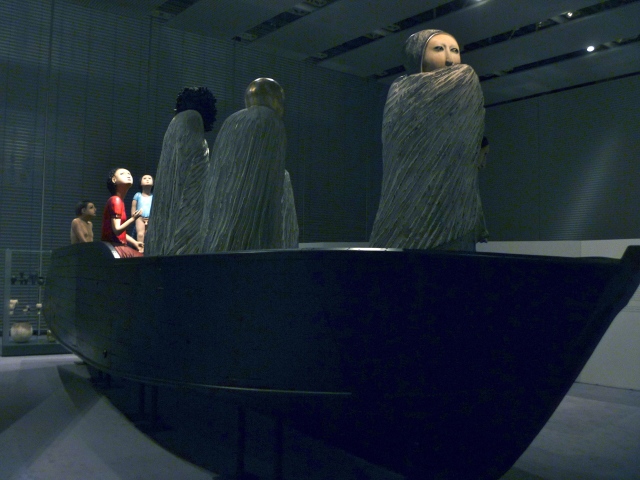 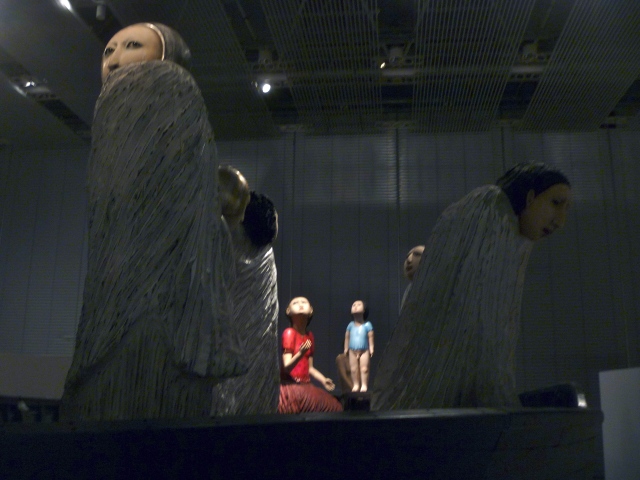 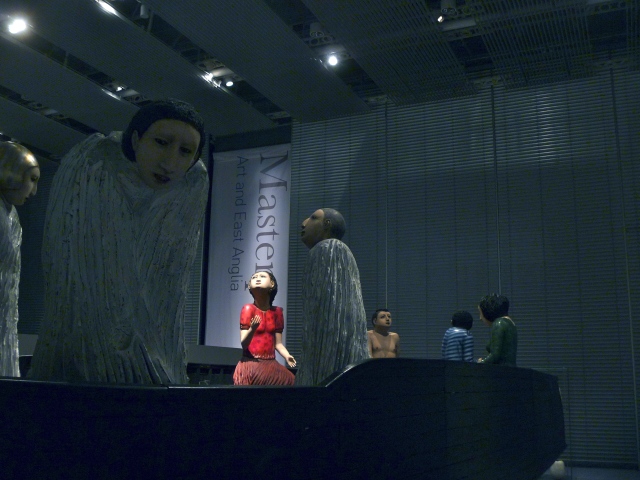 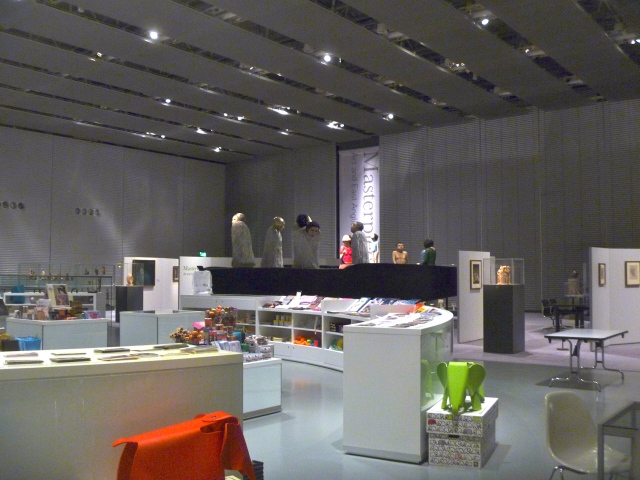 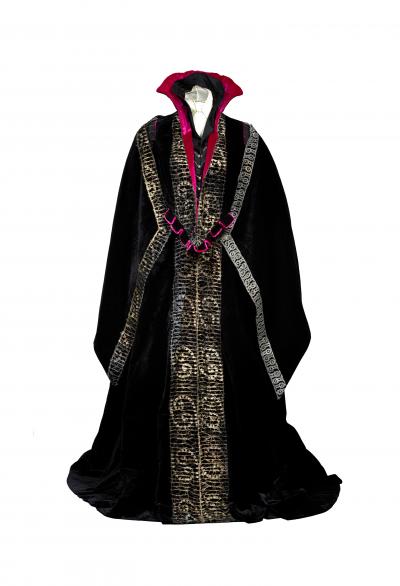 Here is an example from the displays. The Marchioness of Cholmondeley’s gown [photo source] made by Jean-Charles Worth stands next to her portrait painted by  John Singer Sargent and wearing the gown borrowed from Houghton Hall. 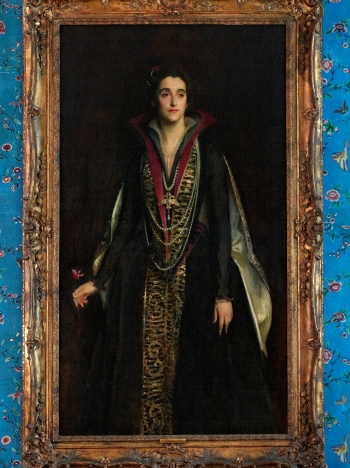 Sargent’s portrait of the Marchioness of Cholmondeley [source]

Norfolk has been full of Masterpieces this year!

2 comments on “Masterpieces : A Wealth of Art in East Anglia”