In addition to Uproar! at The Ben Uri Gallery I managed to fit in two further shows in London this week. On Monday (half price day) I accompanied a friend to see “Isabella Blow : Fashion Galore!” a spectacular exhibition of fashion and accessories from the collection of Isabella Blow at Somerset House. 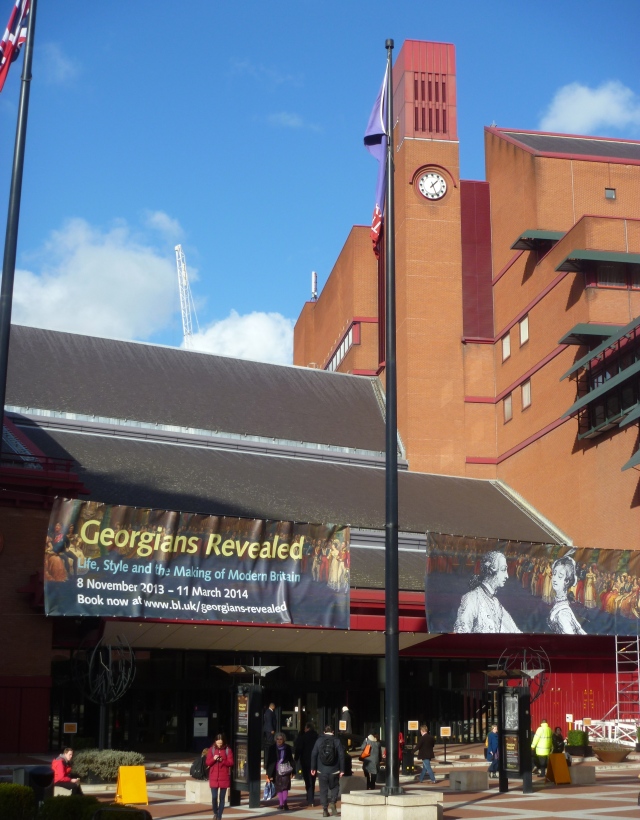 And  on Tuesday I met my sister at The British Library to see “The Georgians Revealed : life, style and the making of Modern Britain”. A far cry from each you might think but not so! There was Ms Blow with her aristocratic background, her celebrity lifestyle, her fashion journalism  and her promotion and patronage of design and style and fashion in clothes and shoes and hats. And there were the Georgians apparently just as obsessed with the cult of celebrity, with their outrageous fashions, with the first newspapers and popular magazines and with their aristocrats living in homes just like the one Ms Blow grew up in.

Born Isabella Delves Broughton brought up at the family seat is Doddington Park, near Nantwich, Cheshire. She became fashion director of The Tatler. She worked at Vogue and was an innovative editor the Sunday Times Style magazine.  Blow is credited with discovering such designers as Alexander McQueen, milliner Philip Treacy and Hussein Chalayan, as well as models Sophie Dahl and Stella Tennant.

Sadly, I have the impression that Isabella Blow could not cope with the changes and developments of the mood of fashion in the 21st century and she took her own life on 7 May 2007. Bu the exhibition certainly reflects a passion for fashion and is filled with colour and style and flamboyance reflected through the work of the designers she collected and promoted in particular Philip Treacy and Alexander McQueen.

If I have one complaint about the exhibition, which was simply spectacular, it would be that the first few showcases illustrating Blow’s early life displayed scrapbooks and letters which everyone wanted to study closely and led to a jam of people at the start of the show which later easily dispersed.

The Georgians Revealed  marks the 300th anniversary of the accession of King George I in 1714 and reveals the unprecedented economic, social and cultural changes in Britain under the four successive kings of the House of Hanover. By 1830, when George IV died, every aspect of daily life had been transformed.

The show is divided into three broad areas illustrating their influences on :

“New ideas of taste and politeness influenced much of Georgian life from the elegant new streets and squares to the entertainments enjoyed at home. London and the major provincial towns were transformed by classical architecture, providing new public buildings and comfortable homes for the elite and middle classes. Gardens and parks were radically redesigned. Formal parterres gave way to expansive lawns and exotically planted flowerbeds. In the home, luxury and comfort were to be had in refined new styles of interior decoration and a range of fashionable furniture made to order.

But the population of the British Isles tripled to some 24 million, there was disorder and want too. The poor often had just a single room to house a family, and popular public places, such as pleasure gardens and coffee houses, were also sites of bawdy entertainment, crime and scandal. Nevertheless, new middle class homes and gardens reflected the growing wealth and confidence of Georgian Britain and created a lifestyle to which many still aspire.” [Source The Exhibition Guide] 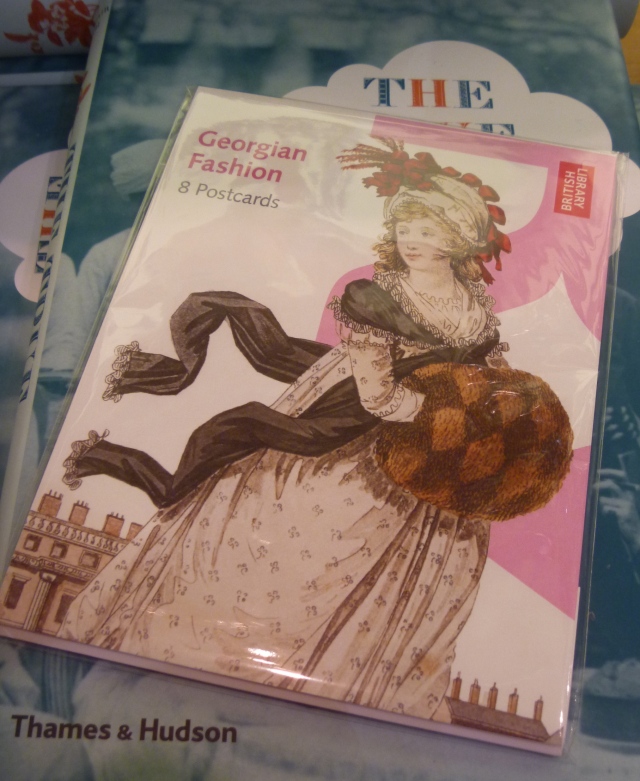 “The East India Company was central to the import of luxury goods during much of the Georgian period. As Britain grew more powerful in the successive wars of the 18th and early 19th centuries, the company extended its monopoly over trade with the East Indies. Tea, coffee and sugar changed the lifestyles as well as the diets of the Georgians. British manufacturers enticed consumers with cheaper goods that copied those from abroad.

Shopping became a popular social activity. Advertising in newspapers, printed handbills and beautifully designed trade cards, encouraged spending on a wide range of luxuries. The fashion industry was born, as newspapers and magazines began regular commentaries on celebrity clothes and accessories. All who could afford it aspired to be fashionable.” [Source The Exhibition Guide]

3) Pleasures of society, virtues of culture

“Sociability to the Georgians was central to daily life, inspiring a huge increase in public entertainments. Theatre was well established, playhouses became larger and new theatrical genres catered for a wider and more diverse audience. Assembly Rooms were built where gentile society could show off their dancing skills, take refreshments and gamble. Pleasure gardens and masquerades added spice to social gatherings. All these opportunities to see and be seen, and to be reported on in print, fed a new culture of celebrity.” [Source The Exhibition Guide]

Outside, in the British Library courtyard, is the Georgeobelisk a 6 metre high eye-catcher which evokes the playfulness of temporary theatrical constructions that were popular during the Georgian period to mark special occasions or important historical events.

I recommend both exhibitions if you can get to them!

8 comments on “Fashion Galore! and The Georgians Revealed”