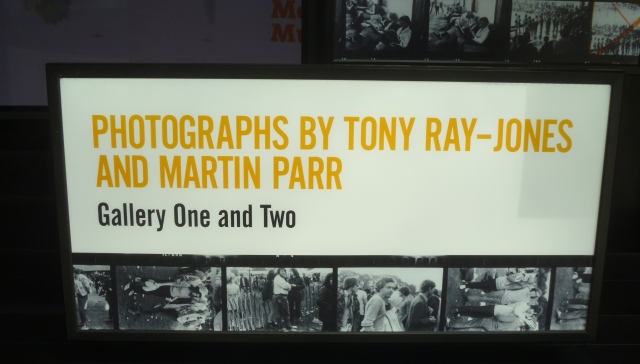 Later this month I’ll be assisting Dovegreyreader (alias Lynne) at the Port Eliot Festival in Cornwall. Any posts I may do about events may be on here or maybe over at Lynne’s blog.

One of Lynne’s guests will be the photographer Martin Parr. For many years I have been intrigued by Parr’s photos. We had lots of his titles in my library so I would often have a look and wonder to myself – Is this a put up job? Or are the subjects unaware that they are having their picture taken?

A Couple of Parr’s books in the Museum Shop : sandals are the theme of the day

Until Lynne gave me the nod I was unaware that Parr was involved in an exhibition locally: Only in England : Photographs by Tony Ray-Jones and Martin Parr. It was showing at the National Media Museum in Bradford until the end of June. Bradford is but a few miles away so the other Saturday afternoon I took a trip over there to see what the exhibition was all about.

I found that the two galleries of the exhibition were complementary to each other exploring the relationships between Tony Ray-Jones (1941-72) and Martin Parr (b.1952). Parr was invited by the Curator of Photographs, Greg Hobson, to study the Ray-Jones archive (acquired by the Museum in 1993) and help bring together a collection for display alongside early work of Parr’s centred on the local Calder Valley between 1975 and 1979 when he himself lived in Hebden Bridge. “The Non-Conformists” was his first major body of work. 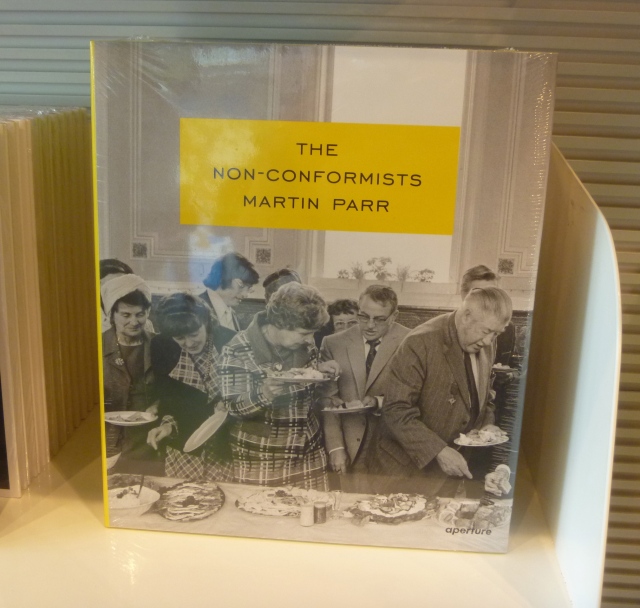 Ray-Jones spent the latter half of the 1960s travelling around England photographing what he thought of as fast-disappearing way of life. He also spent half a year travelling in the USA but sadly Tony Ray-Jones died in 1972, aged 30, of leukaemia.

“Ray-Jones was interested in the eccentricities of human behaviour, which for him embodied the English personality. He approached his project like an anthropologist, thoroughly researching his methods, locations and subjects. The resulting photographs are remarkable. Characterised by wry humour, they are nonetheless full of melancholy and lament the disappearing cultures that influenced Ray-Jones’s own emotional and artistic development. The England that Ray-Jones photographed is very different to the England of today.” [Information board at the exhibition]

“Ray-Jones’s photographs of the English seaside were a powerful influence on Martin Parr. He was fascinated by Ray-Jones’s ability to see the quirky and absurd in the everyday.” [Information board at the exhibition] 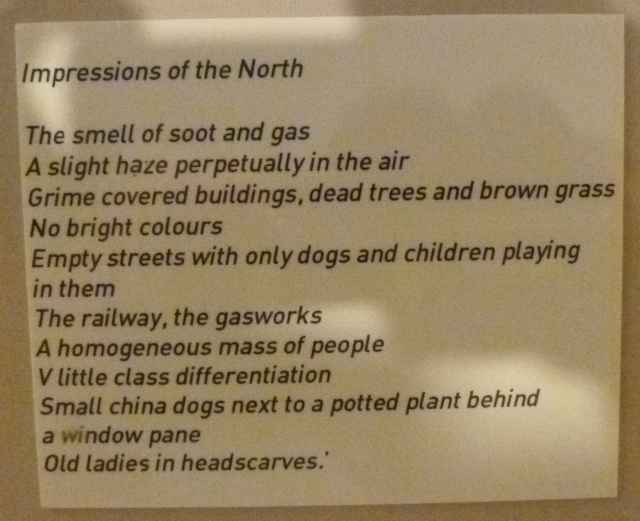 Impressions of the north

I liked reading his notebooks and inspecting other memorabilia on display. 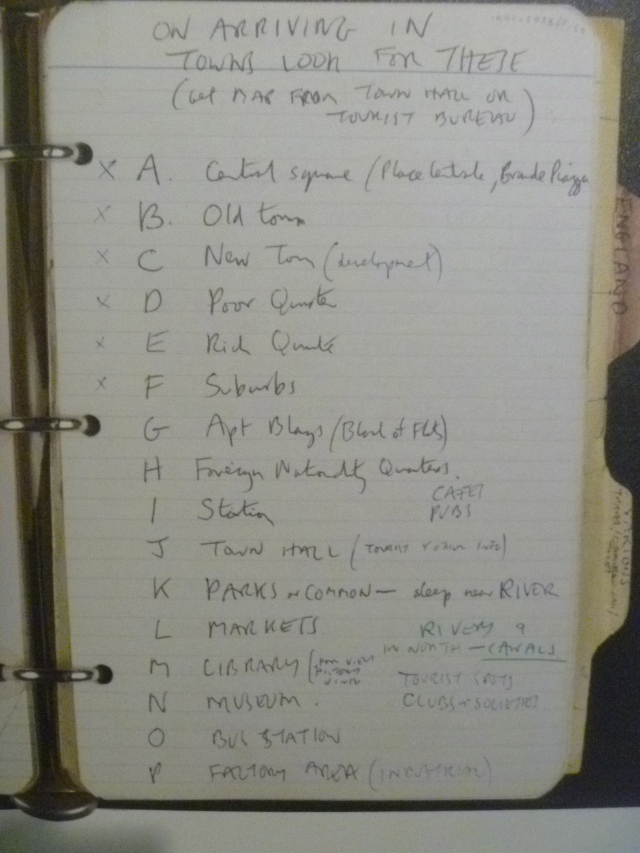 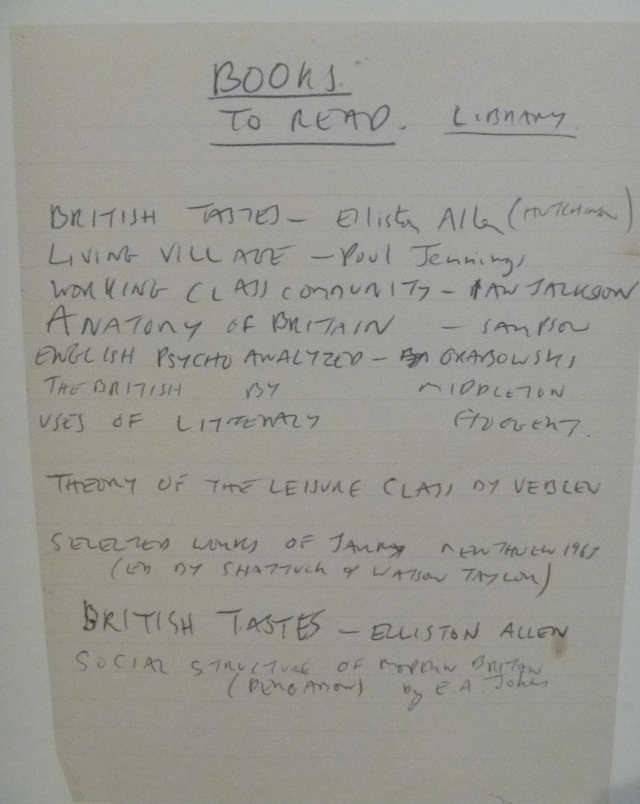 His well-thumbed The Road to Wigan Pier

Martin Parr’s selection were based on his collection The Non-Conformists taken in Hebden Bridge and the surrounding area in 1975 when he and his wife moved to live in the town. He focussed on the chapels and their declining congregations and the changing way of life. Being in black-and-white, like Ray-Jones’s, this gives his pictures an old-fashioned, dated, sad, shabby and gloomy feel. It’s grim up north, you know.

I’ve just chosen two photographs – one from Parr and one from Ray-Jones – that both made me smile.

Love this Ray-Jones Tea Scene taken at Weymouth in 1967

And I call this one The Last Cuppa (Parr)

A fellow WordPress blogger took much better notes and has written more extensively about the exhibition here.

7 comments on “Only in England : Photographs by Tony Ray-Jones and Martin Parr”