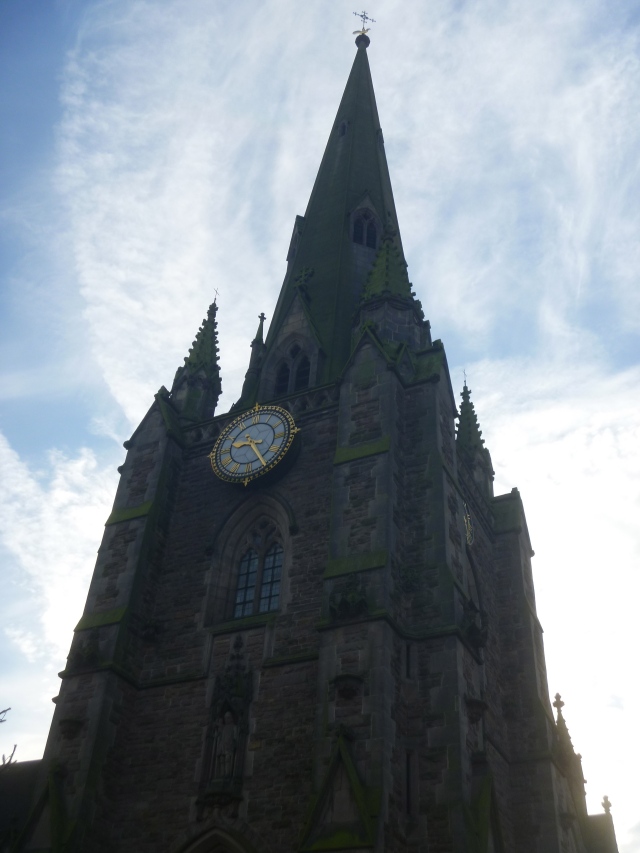 “It once towered over the old Bull Ring market place, dramatically clinging to a hillside. Today the site is desperate, squeezed between what survives of the market and an inhuman whirl of urban roads and concrete blocks. Rescue is planned, but the cost of rectifying the horrors of the 1960s and 1970s will be huge. For the moment, St Martin’s is a beacon in a wilderness.” [England’s Thousand Best Churches]

We found that St Martin’s (the only Birmingham church listed by Jenkins) was literally a few minutes walk from our Back-to-Back ‘experience’. So it became the excursion on the final morning of our stay before checking out at 10 and catching our trains before 11.

Although the opening time is 10am we noticed a cafe and office attached to the church and a figure moving about. The very kind receptionist understood our ‘plight’ and allowed us to go inside and take a look at the Pugin-influenced building, rebuilt on the site of an older church, in 1873-75 by J.A.Chatwin who had worked with A.W.N.Pugin. 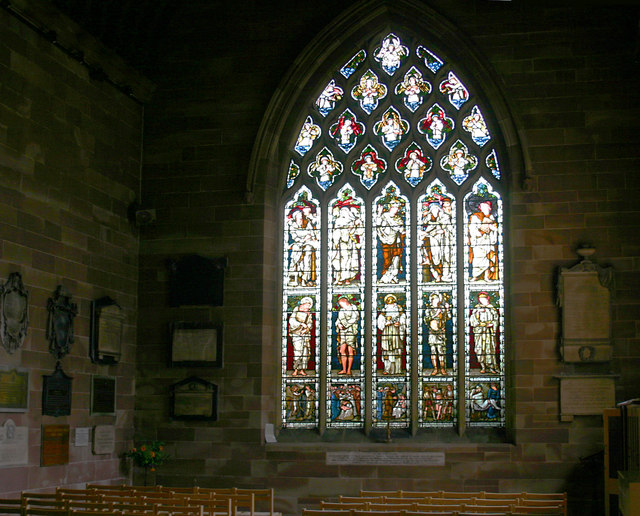 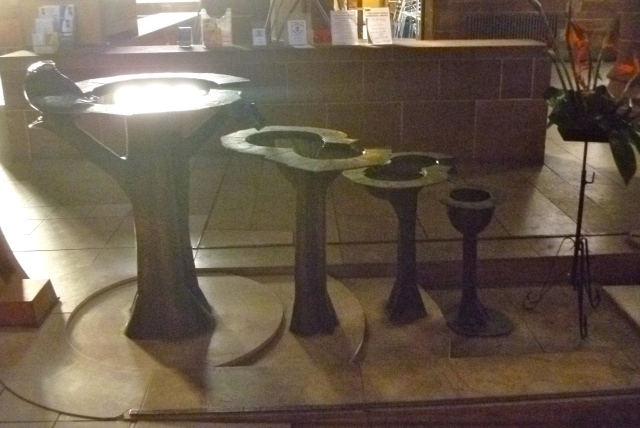 The Modern Baptismal Font Cast in Bronze by Jacqueline Gruber Stieger in 2002.

Our helpful guide also told us two other facts. The first was that the church has a rare outdoor pulpit and the second, nothing to do with ecclesiastical facts at all, was how to make an ‘infinity scarf’ (another term, new to me, for a snood or cowl) by the ‘arm-knitting method‘!

Outdoor Pulpit and reflection of Selfridges. 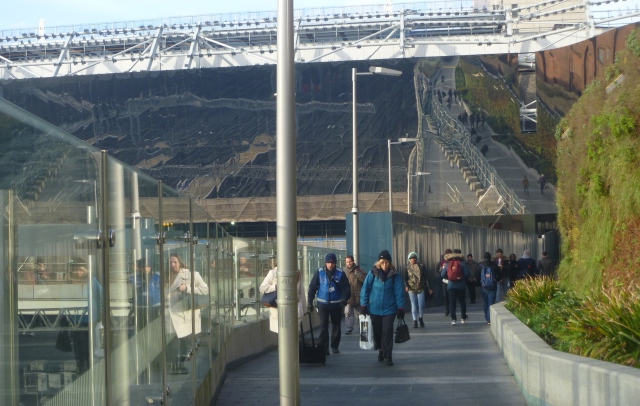 2 comments on “St Martin’s in the Bull Ring : Defiant Gothic … and what we learned there”