This weekend was our nephew’s wedding in Norfolk and as this was a family and friends occasion I never expected to conjure up a blog post about it. But, since we got home I couldn’t resist showing you the magnificent venue where the reception was held.

After a few days of seasonally summer weather at last, Saturday dawned wet and cloudy and the rain continued, on and off, throughout the day. It was a shame but it didn’t dull any of our festivities: it just meant that we were inside for rather more time than we had expected to be.

The wedding itself took place in St Margaret’s Church, Hempnall (above) and had a lovely relaxed country wedding atmosphere. From there a convoy of cars travelled along the quiet country lanes of Norfolk and Suffolk and across the huge Hales Green Common to reach Hales Hall Barn for the reception.

The Great Barn at Hales Hall and the Hall itself were built in 1478 and the present Hall is the surviving wing of an even larger house built by Sir James Hobart, the Attorney General to Henry VII. There have been buildings on the site since Roman times.

The 178ft Great Barn is the largest surviving brick-built medieval barn in Britain and features a superb example of a ‘queen-post’ roof.

The Hall and Great Barn had fallen into agricultural use by 1971 when it was purchased by the Read family. It has been lovingly restored and owners Peter Sheppard and Keith Day plan to continue the restoration in the future.

Hales Hall is set on the edge of Hales Green, one of only a few ‘commons’ still grazed by cattle in the summer and is a haven for wildlife. At the heart of the Waveney Valley, Hales is surrounded by market towns and is close to the historic city of Norwich and within easy reach of the Norfolk and Suffolk coast.” [from the Hales Barn] 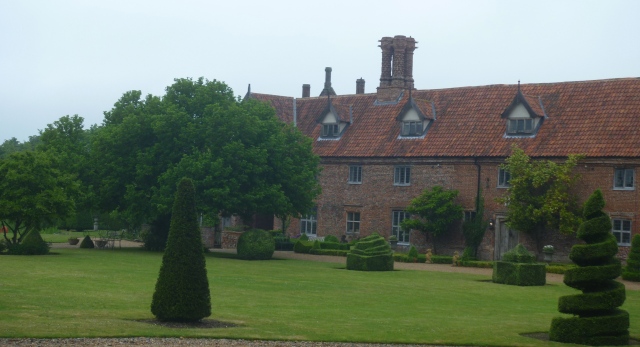 According to local information the Hall itself was demolished around 1700 leaving only the gatehouse and adjoining domestic building. 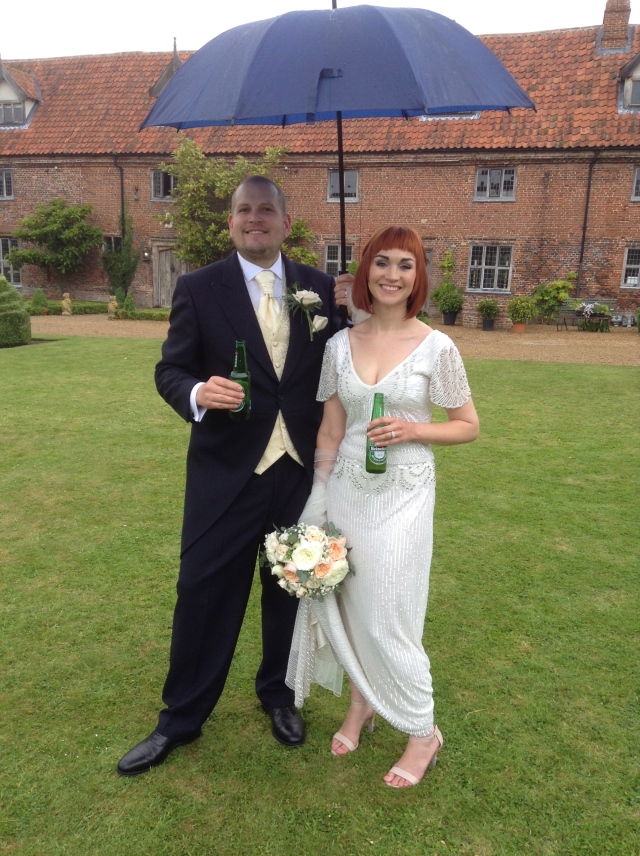 The Happy Couple in the Rain