There’s a regular two-page spread in the Independent Traveller section of Saturday’s Independent called “Travel Agenda : Where to Go, What to Know” that gives a few pithy lines about what’s going on in the world of travel.

A few months ago I spotted a brief mention of the dlrLexicon, the newly opened Dun Laoghaire public library. The library was said to greet drivers as they disembarked from the Holyhead ferry. In fact there is no longer a ferry terminal at Dun Laoghaire but I knew exactly the location of the Library as many times in the past I’ve arrived at Dun Laoghaire from North Wales. 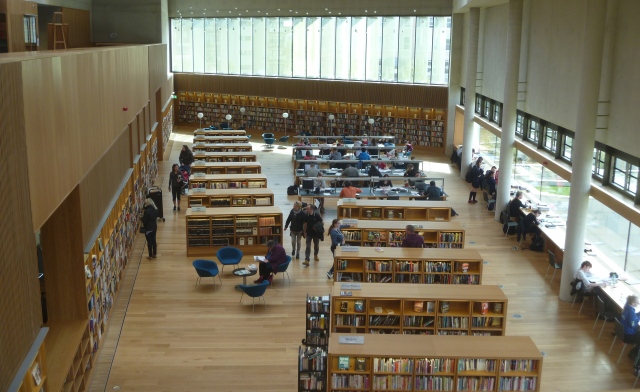 Light and airy for studying and browsing

DLR stands for Dun Laoghaire and Rathdown. On my visit we started the day with coffee and delicious cake in Brambles Cafe on the ground floor. Later in the day we explored the other floors, looking at the views and the stock.

Popular with all ages

The massive building is shaped like a liner, which is rather apt since a partnership has been struck between dlrLexicon and Dun Laoghaire Harbour Company in order to promote the town as a leading cruise destination. Indeed, on the day of our visit an Irish cultural variety show – music, song and dance – was laid on in the garden area. Not for cruise passengers only; free access is also offered to the public.

On my first visit to Cashel as I travelled from Co. Waterford up to Co. Kildare I stopped off in Cashel. As I was leaving The Rock of Cashel I noticed this poster :

Well, how could I resist when a couple of days later I found myself heading back down to Co. Cork? What an amazing treasure trove! I could hardly believe this place existed. Upstairs is even fitted out as an exact replica in miniature of Trinity College Library in Dublin where the famous Book of Kells is now housed. Bolton Library Upper Floor [Picture source]

I think they mean William Caxton!

I parked up in Cashel and headed for the Tourist Office where a very helpful young lady rang Martin, the curator, who said he would be happy to show me around the library so drove straight to the St John’s Cathedral and was met by the enthusiastic Martin. 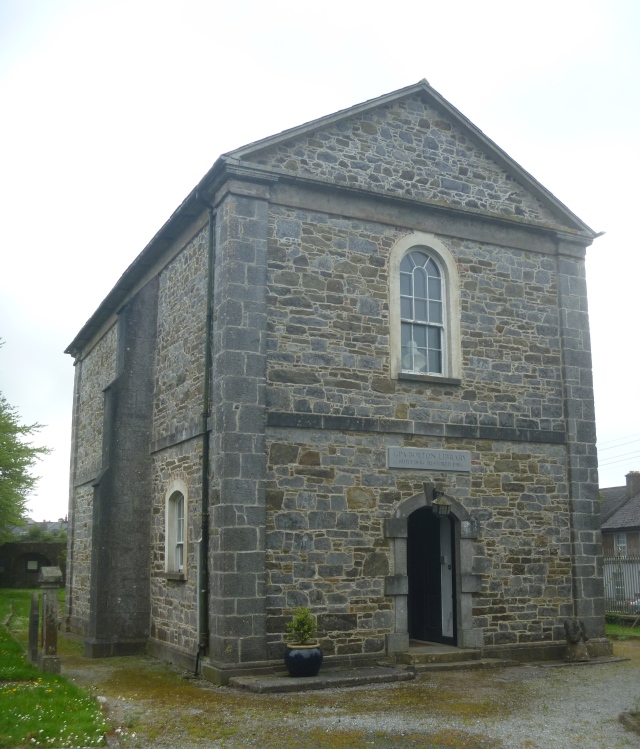 You can read more about the treasures Bolton Library Document but I was amazed to see the world’s tiniest book – The Lord’s Prayer in German; an early Caxton printing of Chaucer; the earliest use of the word Zero; the 1493 Nuremburg Chronicle and many more treasures besides. 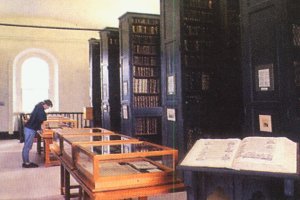 NOTE : The Bolton Library is now in the care of The University of Limerick