The name Glendalough means ‘the valley of the two lakes’ but this is an understatement for the beauty of the place. The Valley is located in the Wicklow Mountains National Park and I’m quite surprised to discover that it is only on the ‘Tentative List’ of early medieval Irish monastic sites for UNESCO World Heritage status. It’s home to one of the most important monastic sites in Ireland: the early Christian monastic settlement founded by St. Kevin in the 6th century. 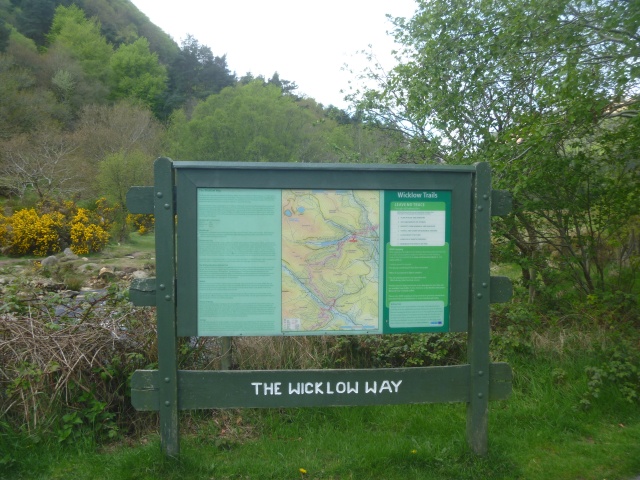 The Wicklow Way national trail passes through the Glendalough but on my brief visit we decided to stick with the Green Road to Upper Lake. 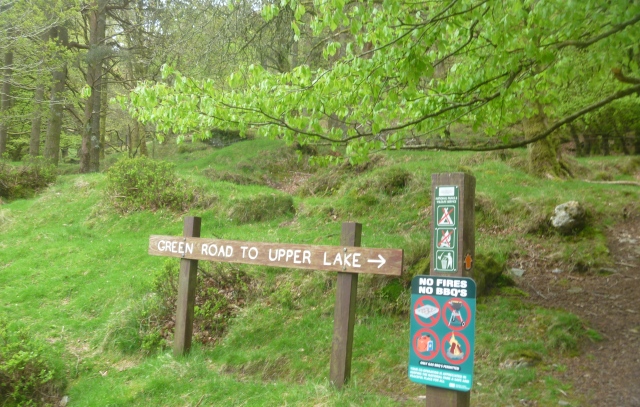 It’s a short diversion from the track that links both lakes to ‘Monastic City’ as it has been dubbed. The round towers I wrote about earlier but there is also a church, a cathedral, numerous graves and crosses and other ruined monastic buildings.

The ‘City’ consists of a number of monastic remains, and the most impressive is the Round Tower which stands 30m high. The main group of buildings lies downstream near the Round Tower. Originally the grounds were entered through the Gateway, which has two round headed granite arches. 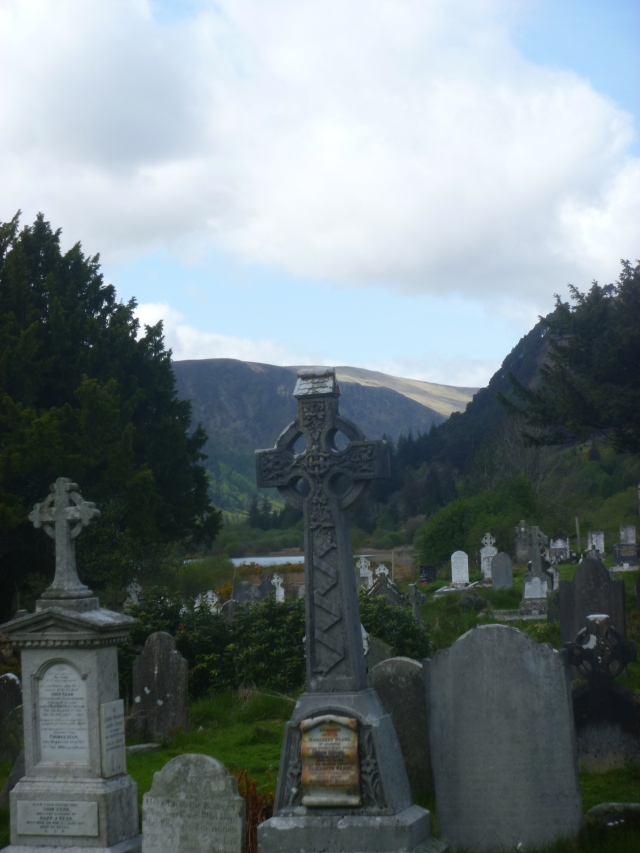 A tall plain high Cross with an unpierced ring

Beyond St. Mary’s Church is the Priest’s House, a 12th Century building in Romanesque style, with an interesting carving of a much earlier date on the lintel of the doorway.

Just beyond the Priest’s House is a large granite cross (sixth or seventh century) and the “Cathedral”, the largest church on the site, with a nave, chancel and sacristy (11th and 12th C), and St Kevin’s Church.

St Kevin’s Church (below) is commonly known as St Kevin’s Kitchen. This is a barrel-vaulted oratory of hard mica schist with a steeply pitched roof and a round tower belfry (12th C).

Approx 200m east of the Church of the Rock is a cavity in the cliff which is known as St Kevin’s Bed or Hermitage.

There are further ancient remains around the whole of the Glendalough site and a there’s an Interpretation Exhibition within the Visitor Centre at the car park.

The Green Road to Upper Lake is basically a track that takes you up to the higher of the two lakes and you return to the car park and Visitor Centre via a man-made wooden walkway. The whole about 4kms in total. The view at the Upper Lake is just breath-taking. 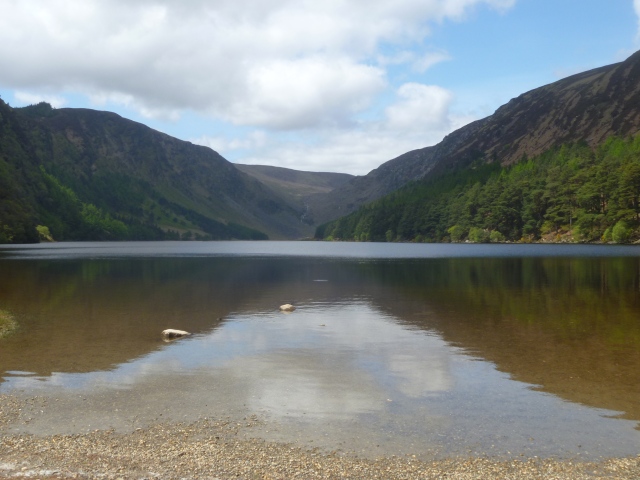