It’s beginning to seem like every place in Ireland has ancient connections and that this thread will run and run. But here is another walk description of the ancient port of Youghal (pronounced Yawl), Co. Cork. My walk was a guided one with local town crier, Clifford, in his full town-crying regalia. But it more less followed the suggested Town Walk in this leaflet which I have abbreviated here. 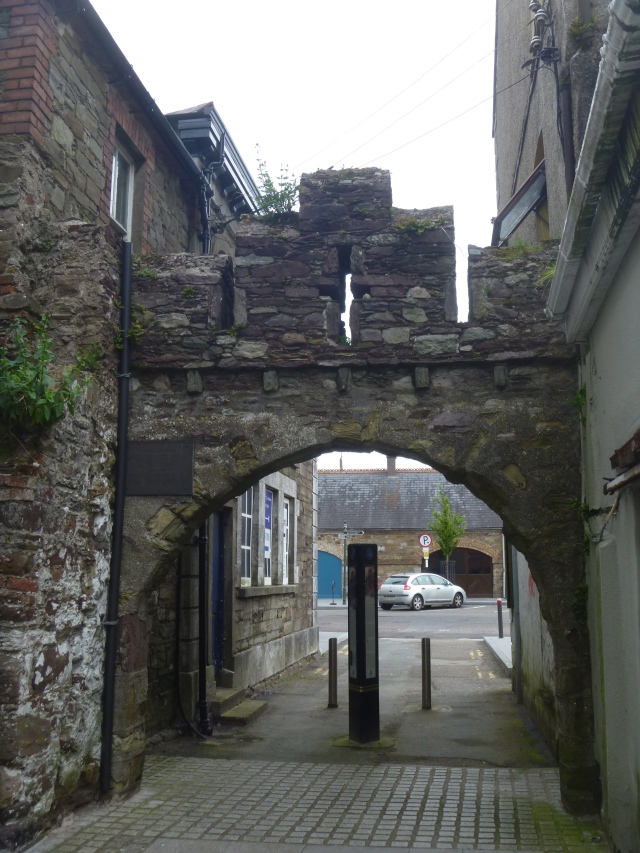 Water Gate
This was built in the 13th Century to provide access through the town walls to the docks. It is still
known was Cromwell’s Arch, as this is the place from which Oliver Cromwell left Ireland in 1650. 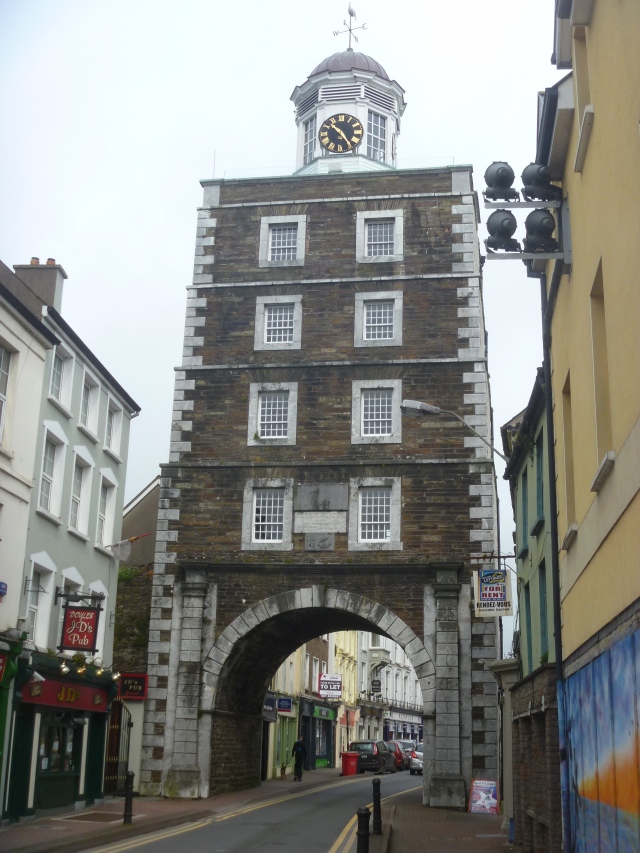 Clock Gate
This is the third gate on this site in the town walls and was completed in 1777. The tower was used as the town gaol until the mid-19th century. Prisoners were executed by hanging from the windows.

Benedictine Priory
The Priory was founded in 1350. Small portions still survive including the door arch and small window on the street front. 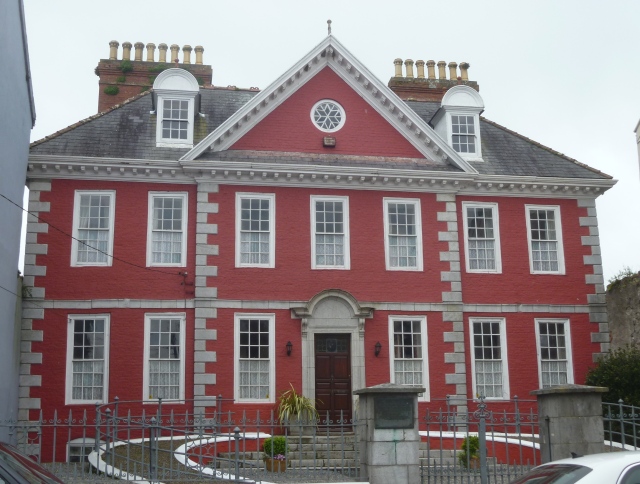 The Red House
The Red House was built in the early 18th Century for the Uniacke family. It is reputed to be the only example of the Dutch or Queen Anne style town house continuing in use as a private dwelling in
Ireland.

Boyle’s Almshouses
These houses were built in 1610 by Richard Boyle, first Earl of Cork, [father of Robert Boyle (1627–1691), author of The Sceptical Chymist; considered to be the father of modern chemistry] for six old soldiers. The soldiers received a pension of £5 per annum. Some of the houses were altered in the mid-19th Century. 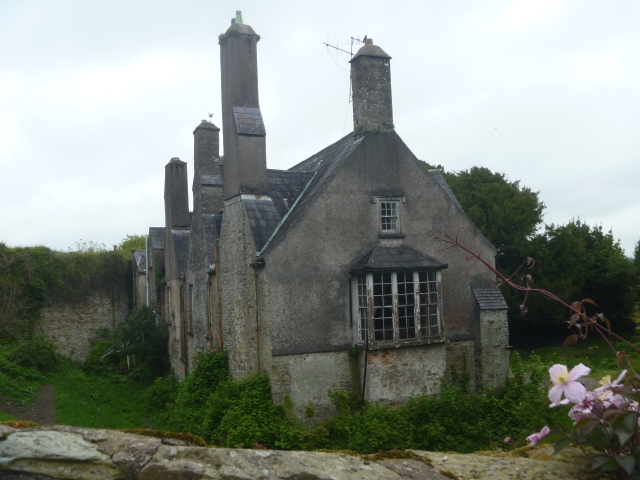 Myrtle Grove
This [once] attractive house was the home of Sir Walter Raleigh when he was resident in Youghal. It was purchased by Richard Boyle, first Earl of Cork, in 1602. It was a fine example of a late medieval dwelling.

St. Mary’s Collegiate Church
The church was built in 1220 and extended in the 14th and 15th centuries. It is one of the few parish churches of the period still in use in Ireland. It has a fascinating history which is fully illustrated in the church. [The tour took me inside the church but I was unable to return for photos and further study]

According to the ‘Ancient Ireland‘ book St Mary’s in Youghal is one of the finest large parish churches of the Anglo-Norman (1169-1400) period to survive. Clifford and I spent a long time in the church – there is so much ancient history there. Follow this link to a descriptive list. I regret not having time to return for another look at the church and to inspect :

The Landward Town Walls
The first record of the town walls is a charter of 1275, granted by King Edward I, for their repair and extension. The walls surrounded the town on the shoreline as well as inland. Most of the inland portion still survives today. A good vantage point is the grounds of St. Mary’s Collegiate Church (above). 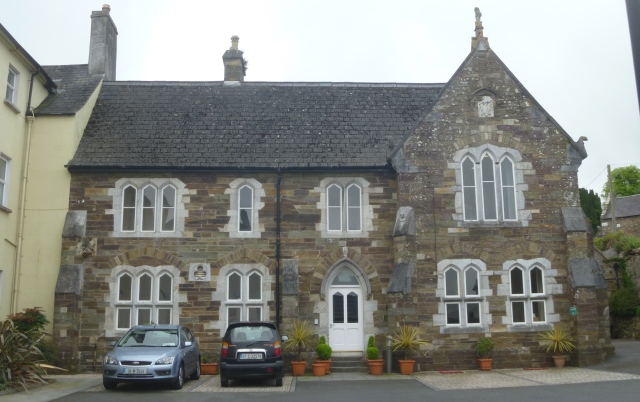 The College
The College was founded in 1464 by Thomas Fitzgerald, 7th Earl of Desmond. It was referred to as the University of the City of Youghal in a letter from Pope Innocent VIII in 1492. It ceased to function in the late 16th Century and very little of the original building remains today. A good vantage point is in the ground of St. Mary’s Collegiate Church. 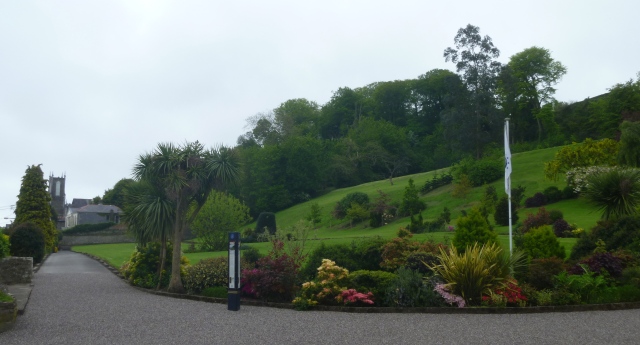 The College Gardens
Thomas Fitzgerald, Earl of Desmond, founded the college in 1464. The college was a successful enterprise, gaining international fame. The college was seriously damaged during the Desmond Rebellion of 1579. In 1602 Sir Richard Boyle bought the college for £1,500 from Sir Walter Raleigh.
Boyle rebuilt the college as his residence. He added the five circular turrets that surround the college and walled the gardens in 1641. In 1782 major re-building and renovation was carried out to create the 18th Century building which remains today.

In a shop window on the main street I was fascinated to see these recreations of burnished pottery by Teresa Watkins of Youghal.

“Burnishing is a form of pottery treatment in which the surface of the pot is polished, using a hard smooth surface such as a wooden or bone spatula, smooth stones, plastic, or even glass bulbs, while it still is in a leathery ‘green’ state, i.e., before firing.” 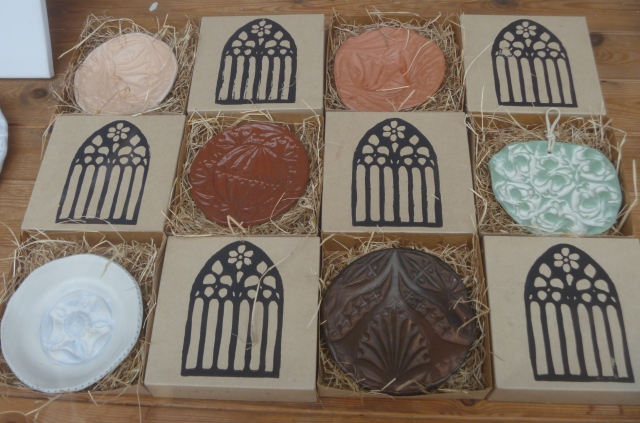 There are lots more trails to follow in Youghal

Finally, Youghal’s more contemporary claim to fame is that it was used as the setting for the 1954 film ‘Moby Dick’ and the town has been ‘dining out’ on the fact ever since! 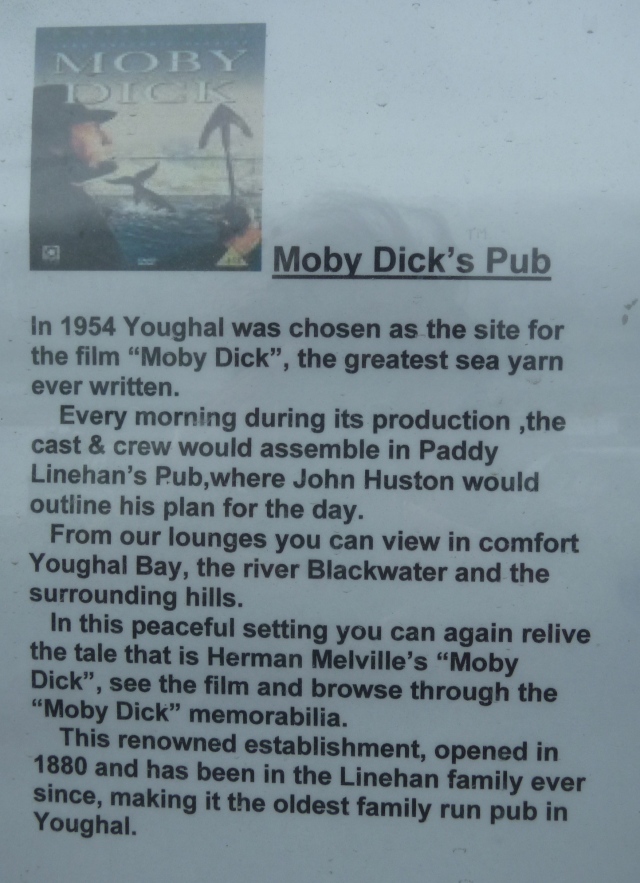 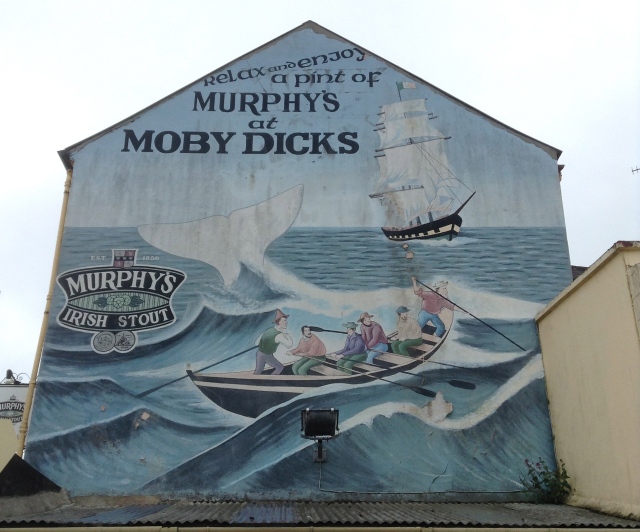 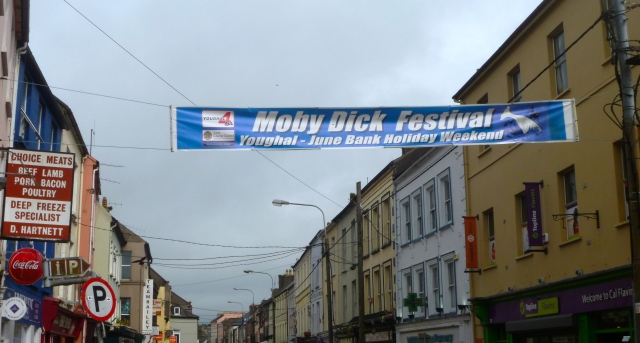