On the Wednesday feeling refreshed after a good night’s sleep we rejoined the previous day’s walk where the Via dei Servi leaves the Piazza del Duomo and headed north to arrive in the Piazza della Santissima Anunziata. There’s a colonnade on the right, designed by Brunelleschi, behind which was Europe’s first orphanage The Spedale degli Innocenti.  The building now houses a museum of childhood and offices of UNICEF. 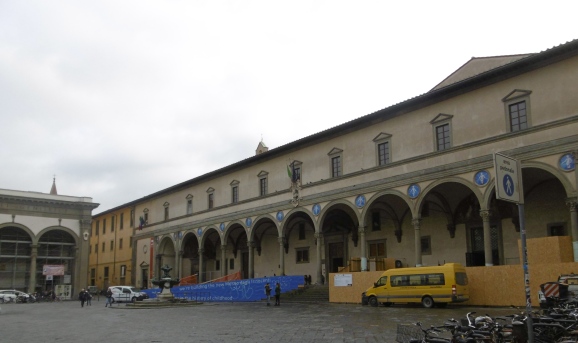 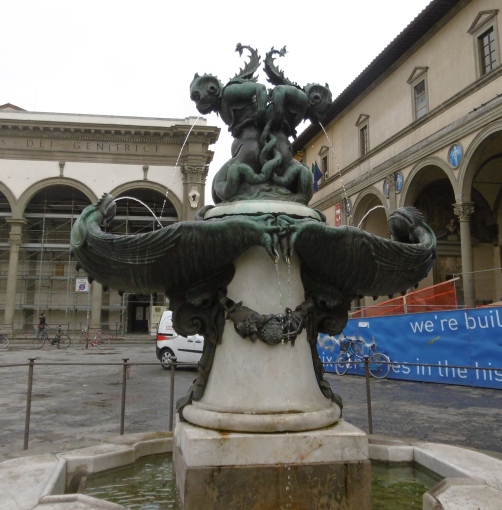 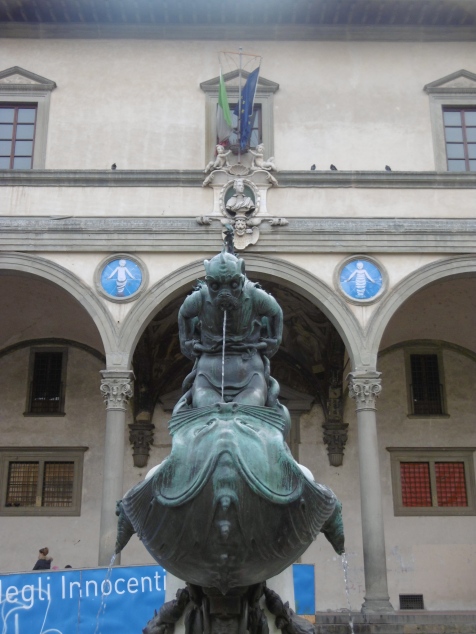 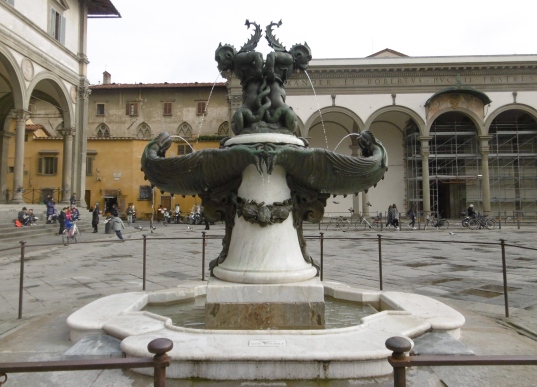 Fountains in the Piazza Santissima Annunziata

A short walk along the Via Cesare Battisti brought us to Piazza San Marco home of San Marco church and location of the bus stop from which were planning to take the number 7 bus up into the hills, 5 miles out of Florence to Fiesole. Many visitors head out to Fiesole in summer to escape the unbearable heat of the city but we just thought it would make a nice excursion for a country walk and some lunch.

We imagined we’d need about an hour to do justice to the frescoes and cloisters and monks’ cells of San Marco. In fact, you could fill a day and I think we probably spent over two hours in there which was certainly not enough – but we got a sense of the art work and creative personalities involved.

The convent, originally founded in Fiesole in the 13thC, was enlarged in 1437 when Cosimo il Vecchio (Medici) invited the monks to move here. He spent a considerable sum on the simple cloisters and cells and employed the very best workmanship of Michelozzo and Fra Angelico. His own cell (a bit bigger than the others) can be visited. 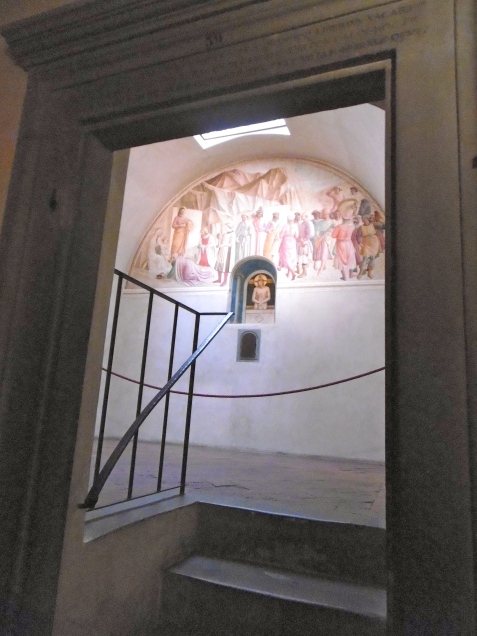 Our guidebook indicated just a few of the highlights. These include the Michelozzo designed library – Europe’s first; Fra Angelico’s The Annunciation (which hits you as just arrive at the top of one of the staircases); Fra Angelico’s The Crucifixion housed in the chapter house; the monks’ cells – each with a wall-painted devotional fresco; the cells and relics of Savonarola a religious fanatic who was executed for heresy in the Piazza della Signoria in 1498 and an ancient cedar which, sadly, is no more. Here’s why : 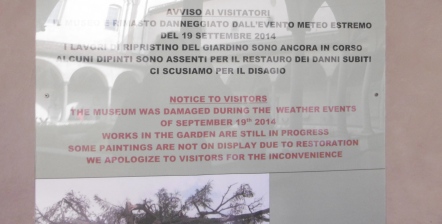 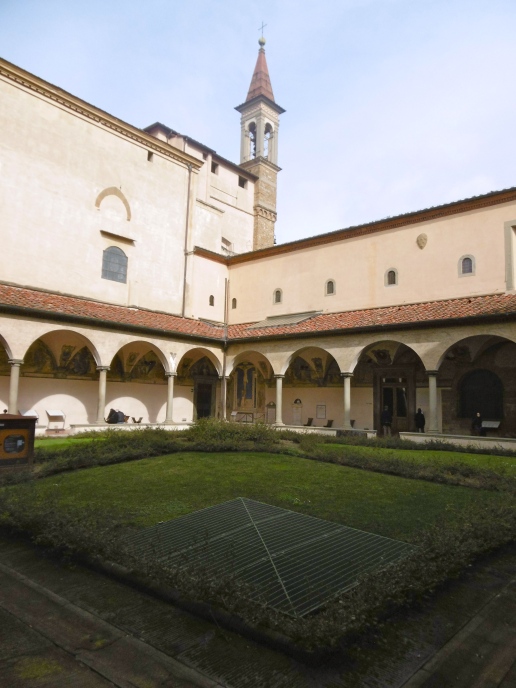 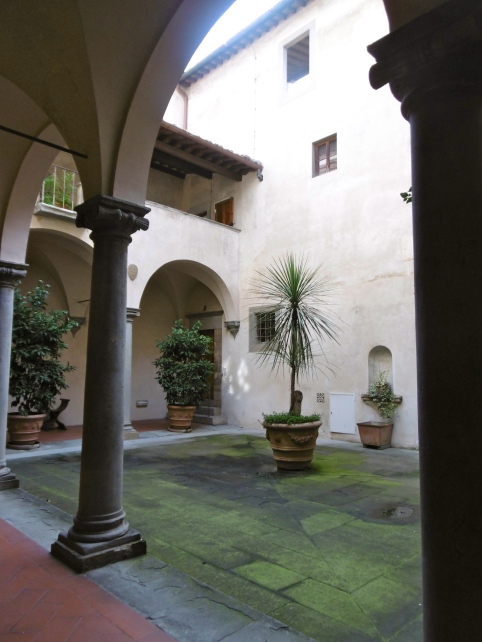 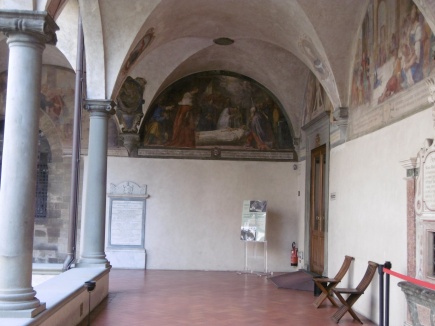 Typical corner of the Cloister 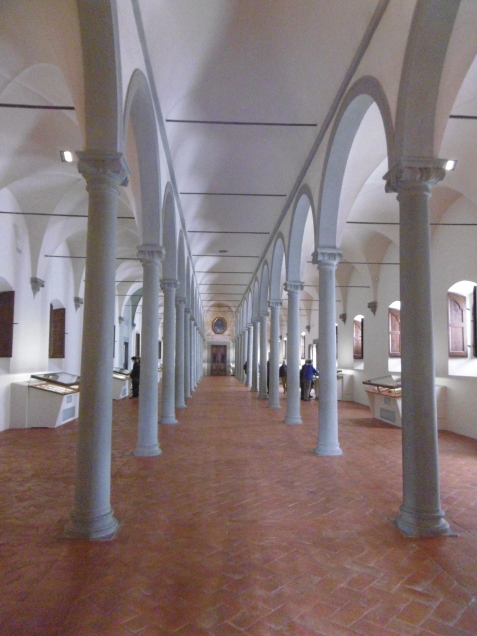 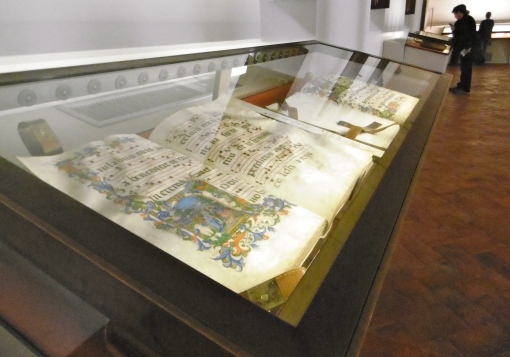 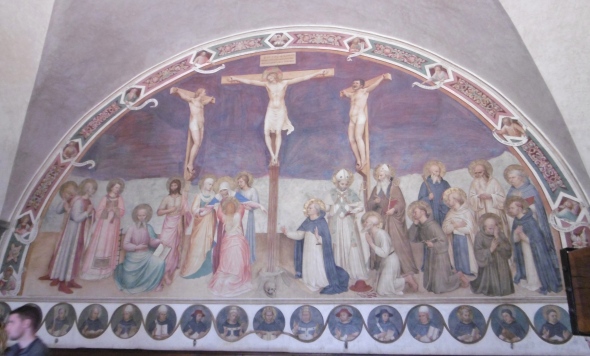 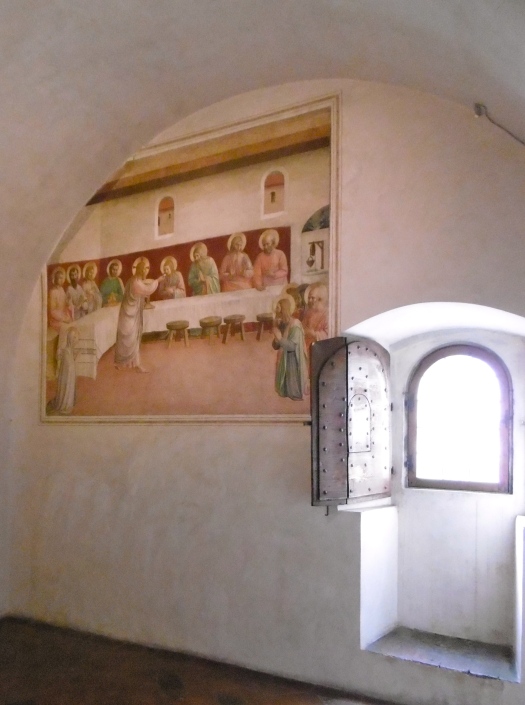 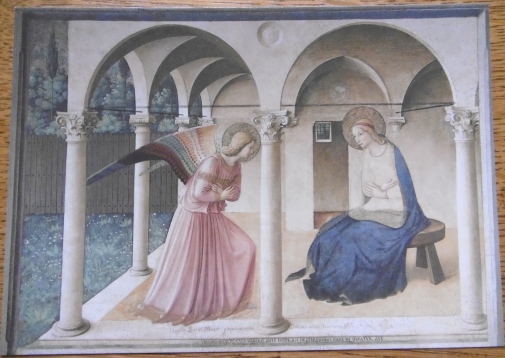 Finally, after midday, we tore ourselves away from San Marco and took the Bus up into the hills.