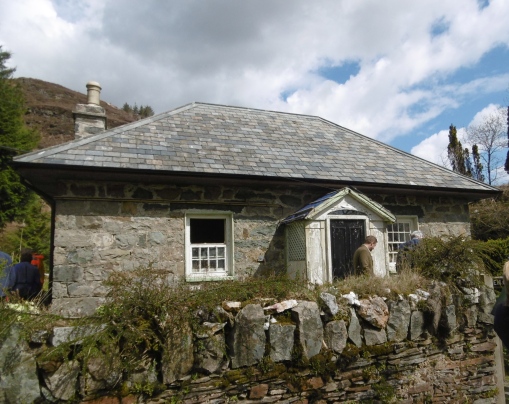 “High in the breathtaking scenery of the Snowdonia National Park, this charming little cottage was built in 1863 for Henry Hovendon, Superintendent of the Ffestiniog Railway. Today, it is decaying; the lathe and plaster ceilings have collapsed from water penetration, and the floors and joinery are rotten. Abandoned for nearly a decade and recently listed Grade II, Coed y Bleiddiau’s remote setting has left it impractical for modern daily life.”

Thus begins the Landmark Trust‘s appeal for donations to the fund to save Coed Y Bleidiau. This little cottage in the woods has a fascinating history.

The property “Wood of the Wolves” was built by the Railway in 1863 for its manager Henry Hovenden who lived here with his wife and 7 children. By 1913 it was no longer required by the railway and was let as a holiday home initially to a bank manager and in 1922 to the composer Granville Bantock who co-founded the Birmingham Symphony Orchestra with Sir Thomas Beecham and Joseph Chamberlain and counted amongst his friends Richard Strauss, Sir Henry Wood and Edward Elgar.

Inside the house Richard Burton, Landmark’s Project Manager, showed us around and explained the Trust’s proposals for the house and its rooms.

The Rear Extension added soon after the house was built will stay. Note the heap of slate tiles. 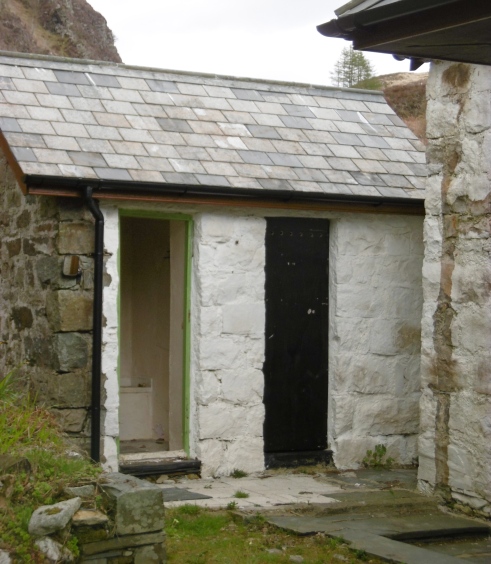 A new kitchen sink will be installed

Shelves will replace the 1950s cupboards 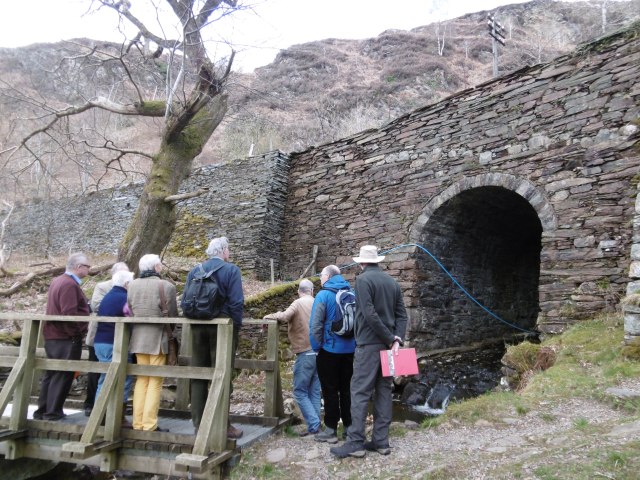 Access to the property will be by rail, naturally. There is a 25 foot platform immediately outside the front gate but parking is 400m away downhill in the valley. Luckily, there is electricity and running water. 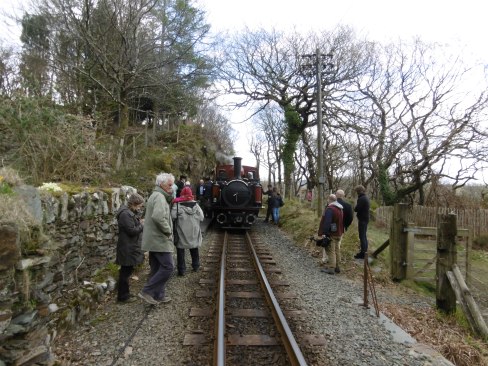 What a way to arrive at … and leave your holiday home

Please shut the gate when leaving

6 comments on “Coed Y Bleiddiau : a halt on the Blaenau Ffestiniog Railway”