“Believe me, my young friend, there is nothing – absolutely nothing – half so much worth doing as messing about in boats”* 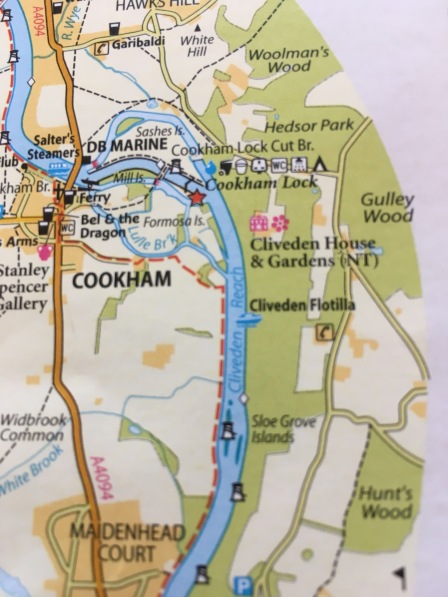 One of the chief delights at Ferry Cottage, Cliveden was the proximity to the River Thames. There are rough footpaths along the banks. And, lucky for us, the river trips started for the 2017 season that very weekend.

I’ve been reading Christina Hardyment’s book “Writing the River Thames” and thinking how wonderful it would be to take to the Thames River Path and walk the whole length of it – 184 miles in total! It’s quite amazing to note how many literary references there are to places along the river and the river itself.

There are several options for seeing the river :

The Thames River Path (National Trail) on the opposite bank. 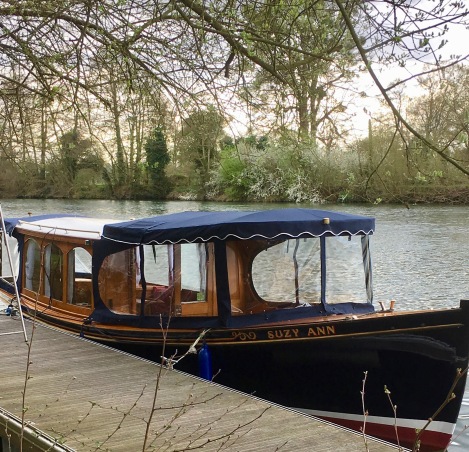 Upmarket river cruises are on the hotel’s Suzy Ann, with Champagne, no doubt

The self-drive boats operate from outside Ferry Cottage 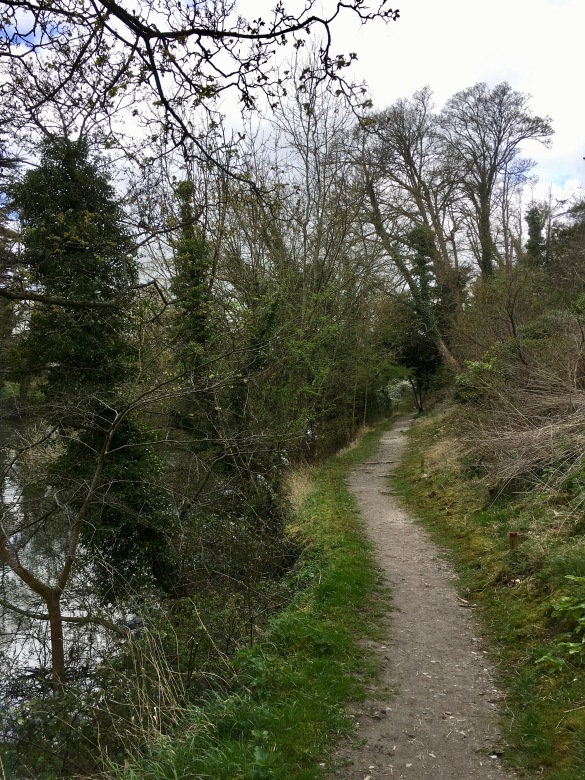 Footpaths run alongside the River in both directions from Ferry Cottage

Writer Robert Gibbings (1889-1958) wrote ‘Nature is given her last chance beside the river for many miles, and she makes the most of it’. Cliveden woods have a pleasing uncaredforness.

“… unbroken loveliness, this is perhaps the sweetest stretch of all the River” J in Three Men in a Boat by Jerome K Jerome.

Cookham Lock was built near a chalk cliff in 1830 to help regulate the water flow between here and Marlow Lock. Prior to this the area was considered to be one of the most dangerous parts of the river, as large boulders would frequently fall from the chalk cliff and on occasion boats were hit and sunk.

“Cliefden runs along the summit of a lofty ridge which overhangs the river. The outline of this ridge is broken in the most agreeable way; the steep bank is clothed with luxuriant foliage, forming a hanging wood of great beauty … These exquisite woods abound in magnificent primeval yew trees which hang from the chalk cliffs” From the 1860 Handbook for Travellers in Bucks, Berks and Oxfordshire. 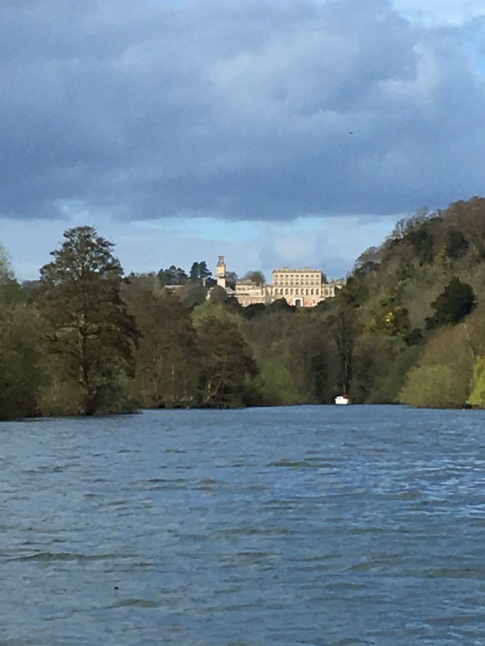 Cliveden from the river

“I went to Cliveden, that stupendous natural rock, wood, and prospect, of the Duke of Buckingham’s, buildings of extraordinary expense. The grotto in the chalky rock is pretty: ’tis a romantic object, and the place altogether answers the most poetical description that can be made of solitude, precipice, prospect, or whatever can contribute to a thing so very like their imaginations.” John Evelyn Diary, 23 July 1679

Reproduction of an eighteenth century view of Cliveden and the river

And Henry James is thought to have taken Cliveden as his inspiration for the setting of Portrait of a Lady (1881) which opens with the lawn of Gardencourt, an ancient country house on the banks of the ‘reedy, silvery Thames’ 40 miles from London. Isabel, Ralph and Henrietta spend long afternoons rowing on the river. 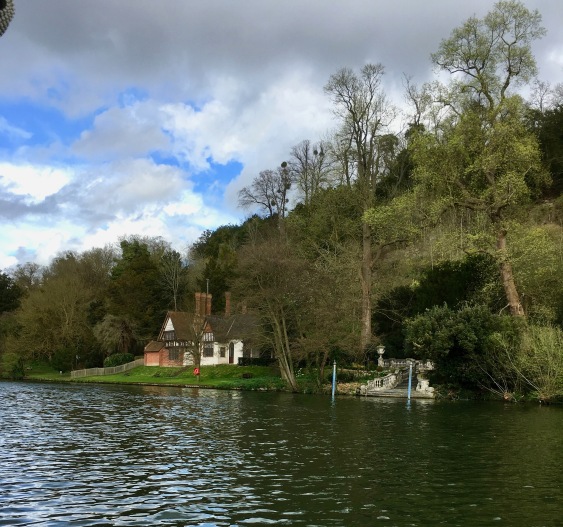 Spring Cottage and Landing Stage from the River

* Wind in the Willows, by Kenneth Grahame [Cliveden is thought to have been an inspiration]

6 comments on “Messing About on the River Thames”