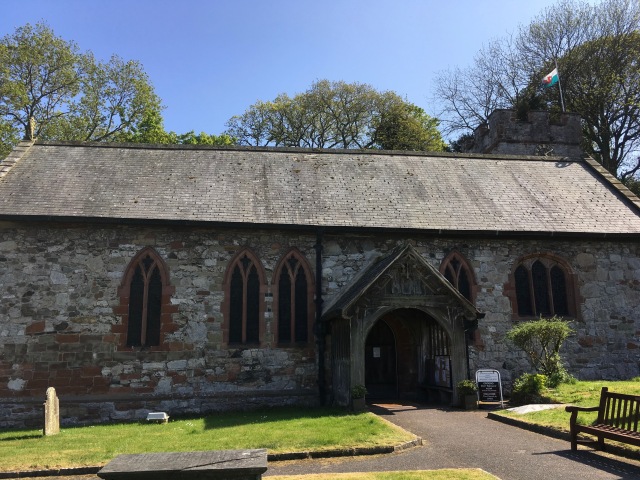 On our way back from Foel Fennli we stopped in the village of Llanrhaeadr, bypassed by the main road, to visit the church of St Dyfnog and its famous Jesse Stained Glass Window. The church gains 3 stars in the Jenkins Wales book. Apparently, the “rhaeadr” part of the name means waterfall.

The JesseWindow is dated 1533! Jenkins describes it thus :

“For size and completeness it is a unique depiction of Christ’s biblical ancestors to survive from the Middle Ages, owing to its removal into hiding during the Civil War. 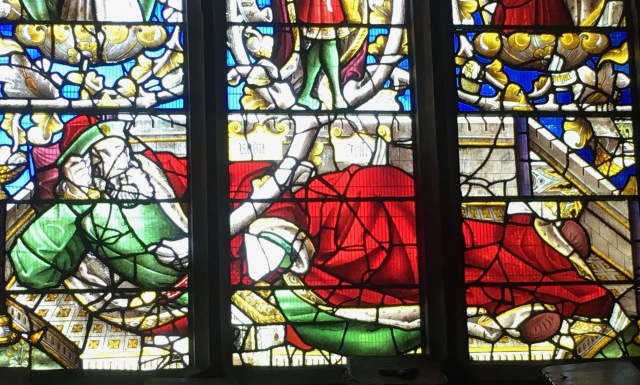 The window depicts Jesse lying at the bottom, customarily lying on his side and looking pleased with himself. The branches of the tree of his descendants swirl upwards past David [we are in Wales, of course], Solomon and other kings and prophets to Christ above.  …  The whole is set in a forest of leaves, a glorious tableau of colour.” 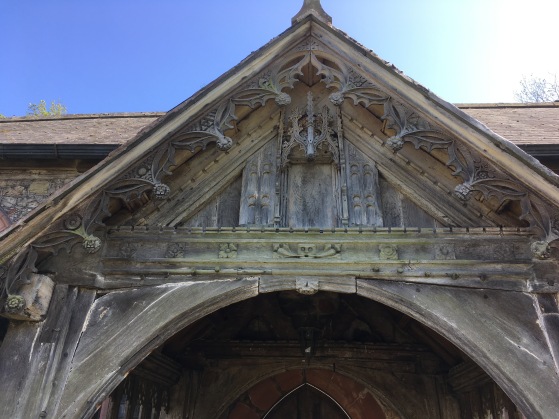 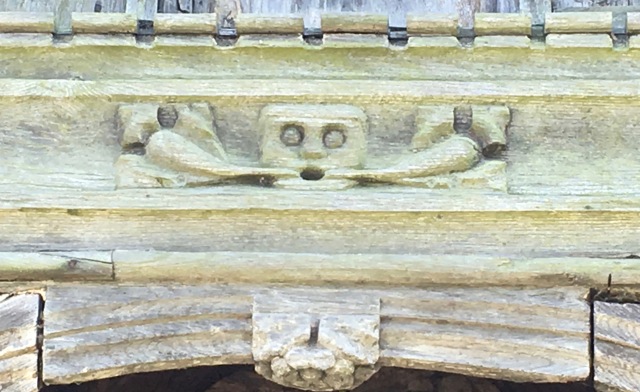 Behind the church runs a small stream crossed by several stone bridges. A few hundred metres upstream is a holy well. Once, supposedly, paved with marble. “Situated in a copse near St. Dyfnog’s Church, with access via a gate in the churchyard, is the well of Saint Dyfnog, which is a rectangular stone bath, 18 inches deep, fed by a number of springs in the hillside. It is believed that Saint Dyfnog lived here during the 6th century, and did penance by standing in the well.” [From the church website] 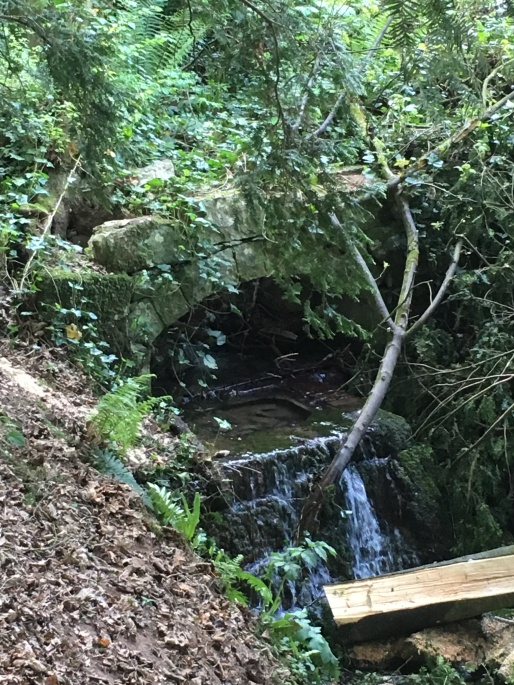 One of the little stone bridges and Rhaeadr (waterfall) 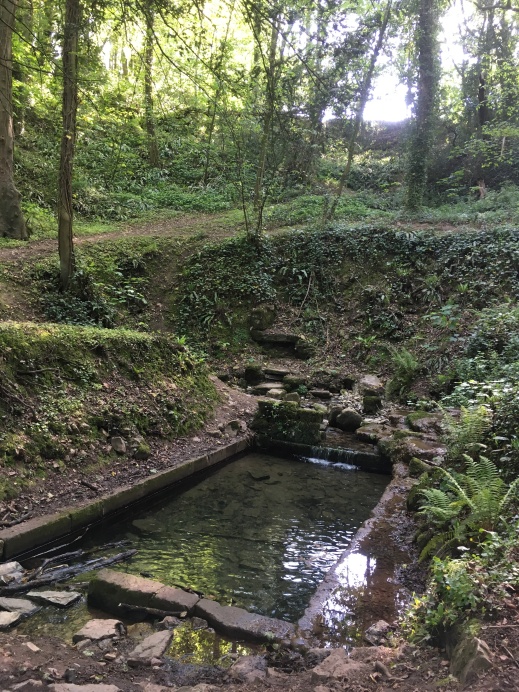 “St Dyfnog lived here in the 6th century doing penance by standing under the waterfall in a hair shirt belted with an iron chain. His virtues gave the water miraculous healing powers, reputedly capable of curing not only ‘scabs and the itch’ but also smallpox and even dumbness and deafness. By the late middle ages this spring was among the most renowned Welsh holy wells.“ 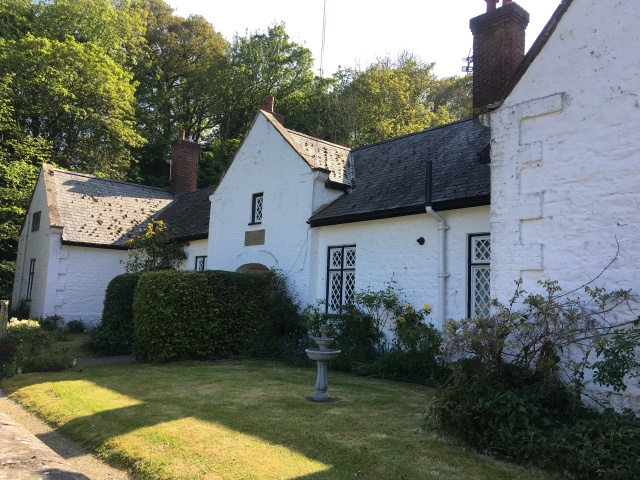 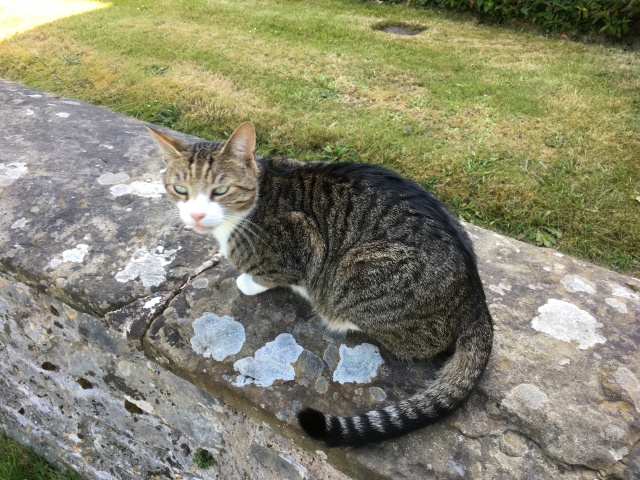 Guarded by Mr (or Mrs) Pussy