Another theme that seems to have come out from my photos is that of signs! I was very impressed by the footpath signage, and indeed by the paths themselves, throughout our walk. ATG devise their own distinctive (and copyright) routes but they do cross over with many local, national and even international footpaths. The GR route is one.

“The Grande Randonnée (French), Grote Routepaden or Lange-afstand-wandelpaden (Dutch), Grande Rota (Portuguese) or Gran Recorrido (Spanish) is a network of long-distance footpaths in Europe, mostly in France, Belgium, the Netherlands and Spain.” [source]

We saw these white and red bars (and occasional crosses – meaning ‘not this way’) very frequently. The Spanish take their footpaths seriously.

I mentioned already that we walked partly on the Camino: The Way of Saint James/The Camino of Girona. 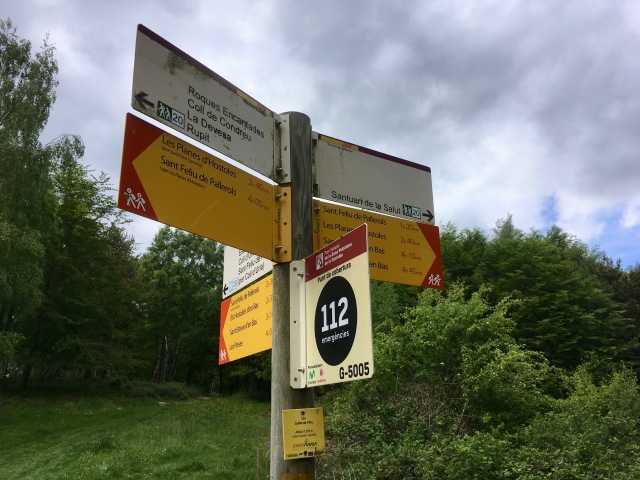 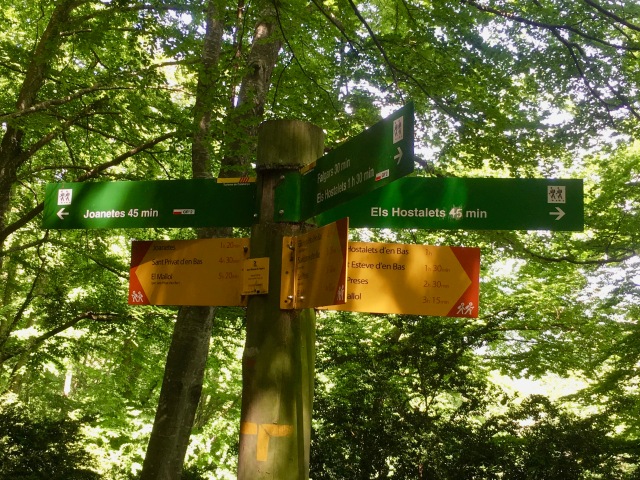 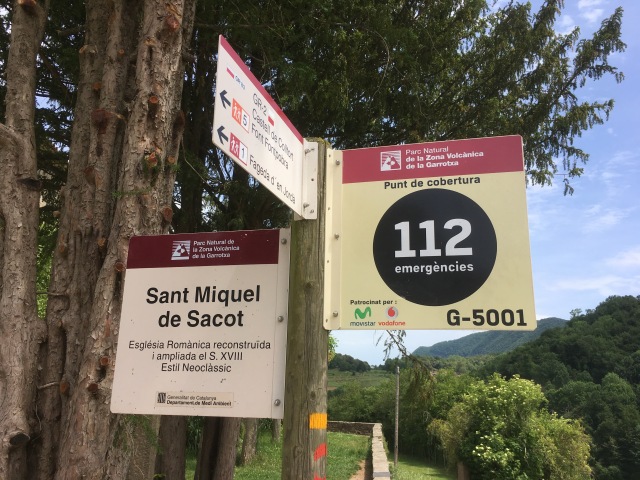 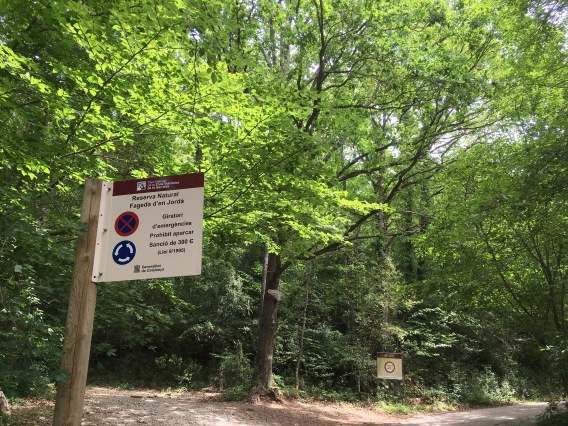 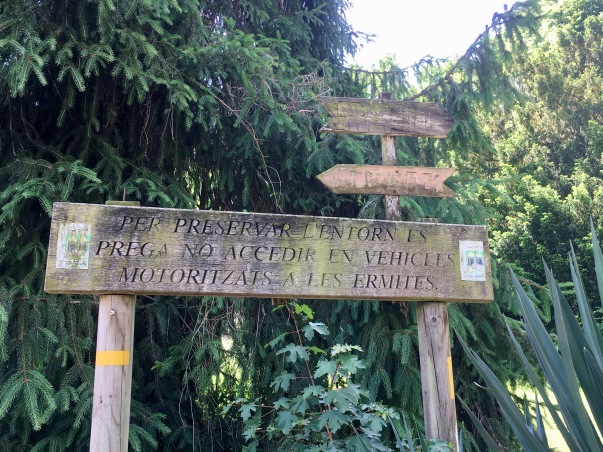 And … Where next for Milady? Well, none of these places. I can tell you that much!