From somewhere (I can’t find any details nor links) Rhona magically conjured up for us a self-guided tour of the alleys and courtyards in the historic city of Lübeck. She also selected for us the most beautiful, ancient and charming accommodation right in the heart of the city: The Hotel Haase. Well done, Rhona!

The Hotel Haase – white facade in the middle of the photograph

The central location of the 1304 built house in the middle of the historic Lübeck old town allowed us to explore all the sights on foot. 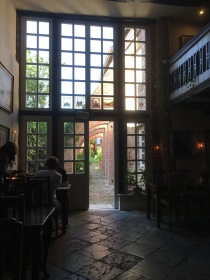 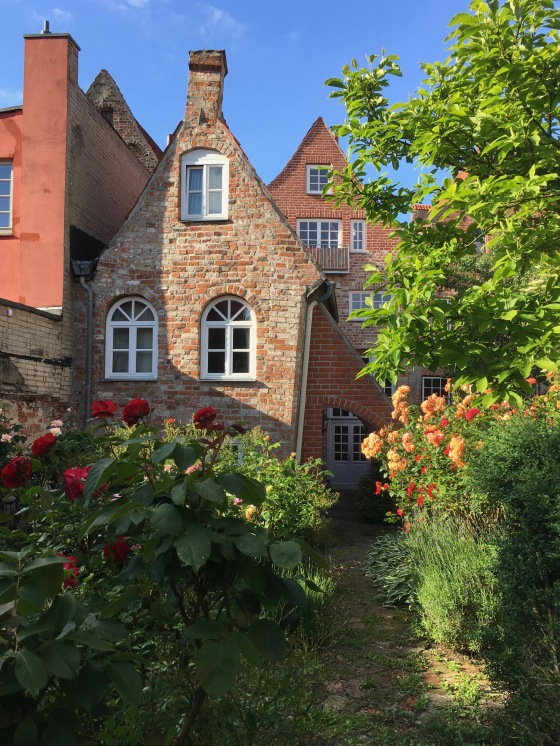 Pretty similar to our place, wouldn’t you say?

In the top photo it’s evident that we were staying in the historic centre of Lübeck. As you walk along this and neighbouring streets you go past openings almost hidden between the houses. The Tourist Office website recommend us to …

“Take a tour of the alleys and courtyards in Lübeck’s Old Town. They are the remains of the medieval urban development. Still inhabited today, they have become a peaceful oasis in the centre of the Old Town.

The magical world of dolls houses. That so much of this secluded quarter in the heart of the Old Town has survived today is down to the care and attention lavished on it by the citizens of Lübeck. Many other towns cleared such areas for new buildings. 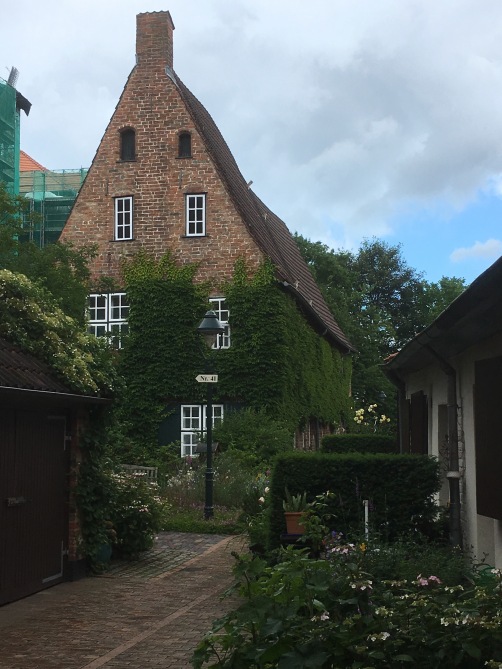 The diversity of the alleyways and courtyards is something quite unique throughout the world.

An air of secrecy and adventure shrouds the alleys and courtyards. Visitors often need to leave familiar paths, watch their heads by entrances and exits and it can take a few minutes before eyes have adjusted to the somewhat dim surroundings of the peaceful oases. Many of the alleyways lead into another alley or catch visitors by surprise by depositing them into a familiar street. 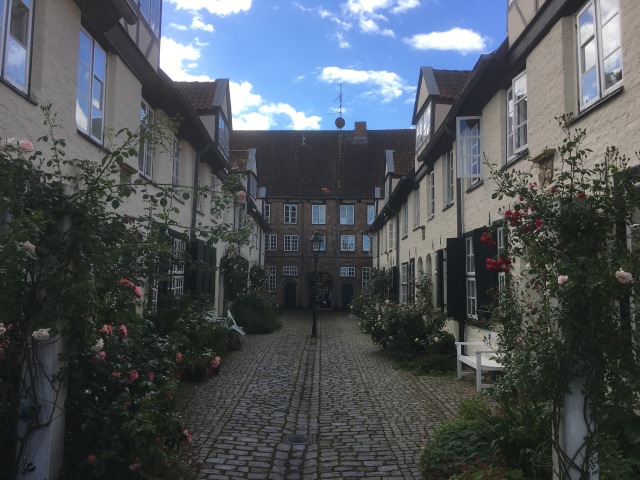 It is like dropping back into the Middle Ages in the peace and seclusion of this world. The densely-built alleyways sprang up as a result of the successful trading activities and rapid growth of the “Queen of the Hanseatic League”. 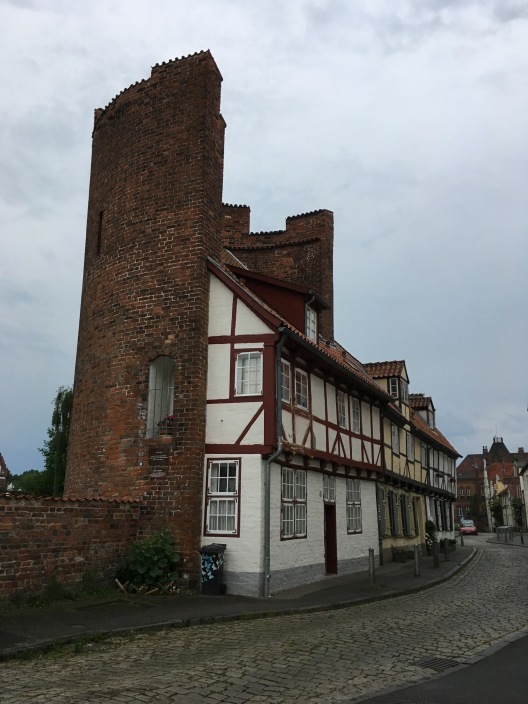 These houses have been built into the City Walls

However, it quickly became crowded inside the walls as the Old Town hill didn’t expand at the same rate. Passageways running through the front houses were created and the yards in the rear were built up with so-called huts known as “Buden”.

These were just one storey at the time and only had a single room. None of these wooden huts are standing now. But many of their stone successors still remain today, some of them more than 400 years old – as tiny and as colourful as doll houses. They have turned into attractive housing following extensive renovations in the past.

The social institutions are also a special feature of Lübeck and are still, quite rightly, a source of pride today. Respected Lübeck citizens established foundations to ensure that the widows and orphans of sailors and merchants were well cared for. The most famous of these is the early baroque Füchtingshof. The councillor, Johann Füchting, willed a third of his legacy in 1636 to “the use and benefit of the poor”. The focal point of the courtyard is an outstanding structure with meeting room and director’s room, generally considered to be the most beautiful example of interior rooms from the 17th century in Lübeck. 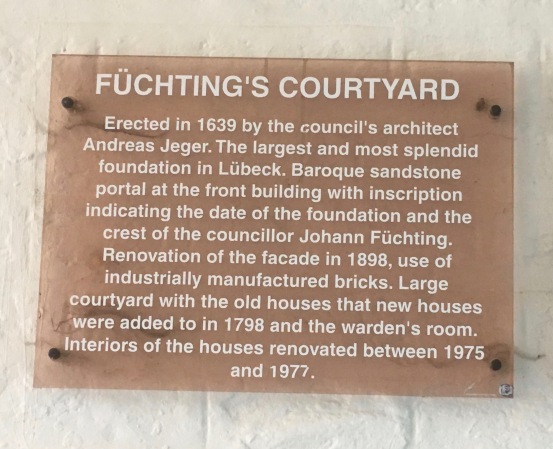 As these alleys and courtyards are still lived in today, the inhabitants would be grateful if you bear this in mind on your journey of discovery.” 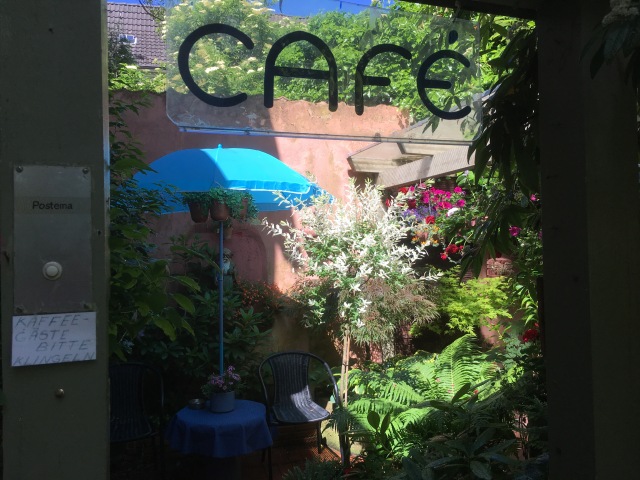 Someone has even established a delightful little cafe in their tiny garden!