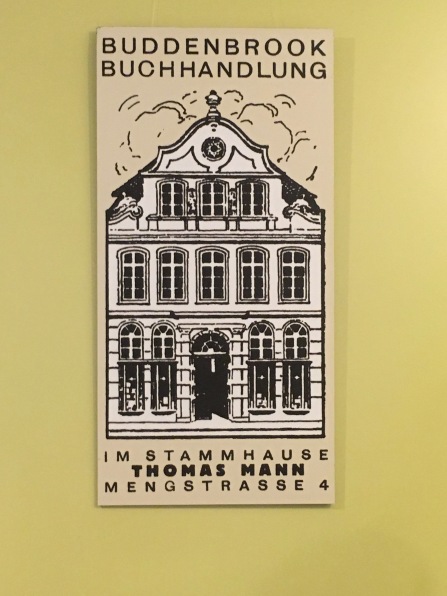 Lübeck is proud to claim three Nobel Prize winners among its residents: Thomas Mann (1875-1955) Nobel Prize for Literature in 1929);  Willy Brandt (1913-1992) Nobel Peace Prize in 1971; and Günter Grass (born in Danzig in 1927 died Lübeck 2015) Nobel Prize for Literature in 1999. All three claim this Hanseatic city as their home. The writer Thomas Mann was born here and for the first 18 years of his life called this city on the river Trave his home. The politician Willy Brandt was also born in Lübeck and, similarly, spent his formative years in the Hanseatic city. The author Günter Grass moved to Lübeck at the age of 68 – to be, as he once stated, “closer” to Thomas Mann and Willy Brandt.

Buddenbrookhaus, Brandt-Haus and the Grass-House in Lübeck devote large efforts to remembering each of the Nobel Prize laureates: The “Buddenbrookhaus” at Mengstraße, 4 is a literature museum that attracts visitors and experts on the Mann family from around the world. Here, all the works of Heinrich Mann and Erich Mühsam can be appreciated. The Günter Grass House at Glockengießerstraße 21, where the author maintained his writer’s loft, is now presented as an exhibition and research centre. And the same function for the Willy Brandt House, Königstraße 21. [adapted from source] 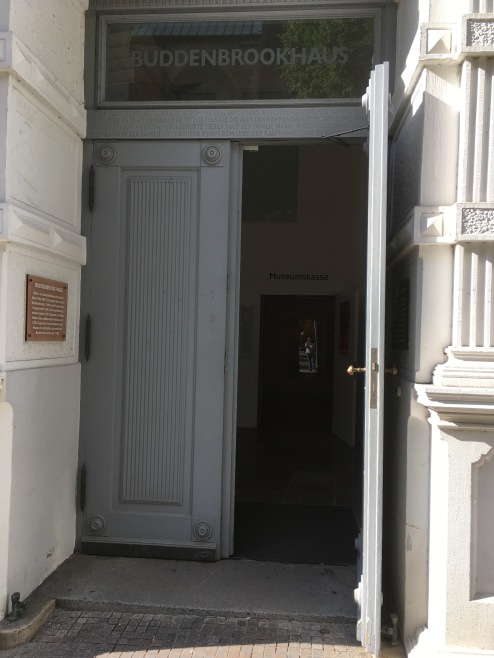 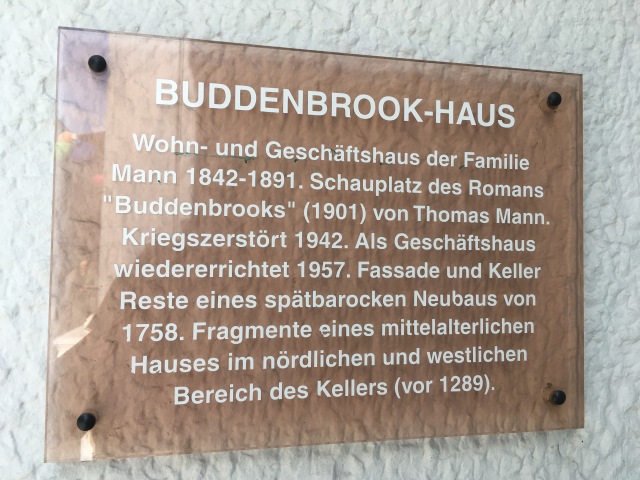 The home and business premises of the Mann family. Location of the novel “Buddenbrooks” by Thomas Mann. Destroyed during allied bombing in 1942. Restored in 1957. The facade and cellar originally in the late Baroque style of 1758. Fragments of Middle Ages (pre-1289) occupation have been found in the cellar.

Rhona and I managed somehow to get to all three houses. On arrival Buddenbrooks House was top of our list (I’m currently involved in a group read of Mann’s The Magic Mountain with a couple of friends); our hotel was practically opposite Gunter Grass House (but we only ventured a couple of times into the shop even though the main exhibition was “Böll and Grass” which might have been interesting. I’ve read lots of Heinrich Böll including ‘Das Brot der Frühen Jahre’ in the original for my A-level German syllabus). The Willy Brandt House was free entry and we nipped inside for half an hour on our last morning before leaving. 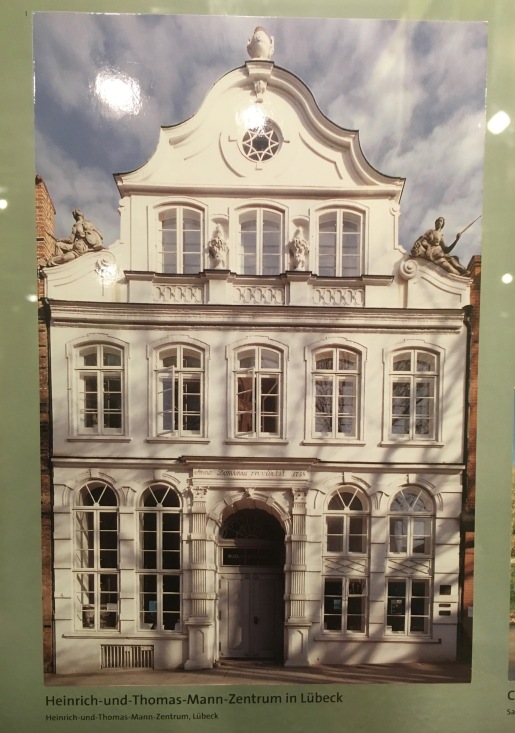 The Buddenbrook House in Lübeck has very little in the way of furnishings or artefacts. Mostly it consists of photos and a lot of reading about the family and Thomas and Heinrich Mann in particular. Luckily a lot of it is in English. 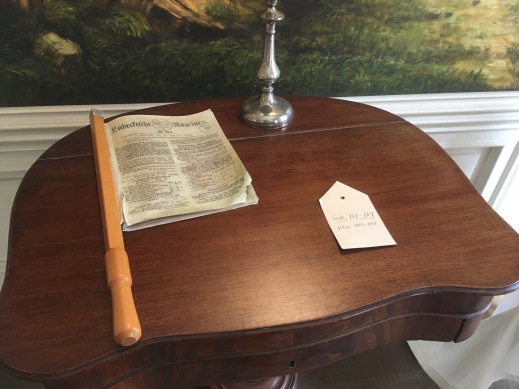 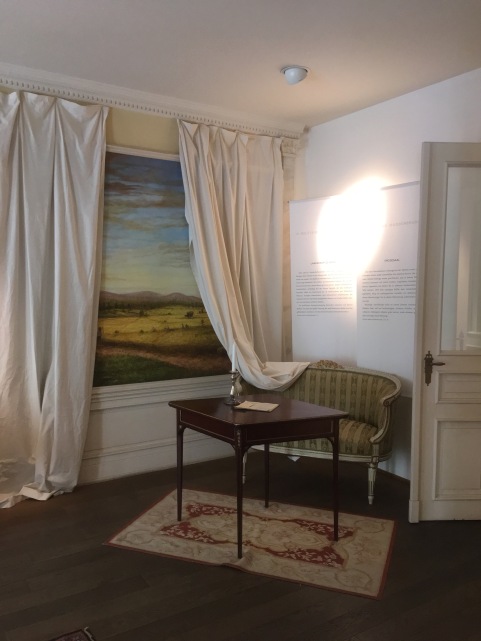 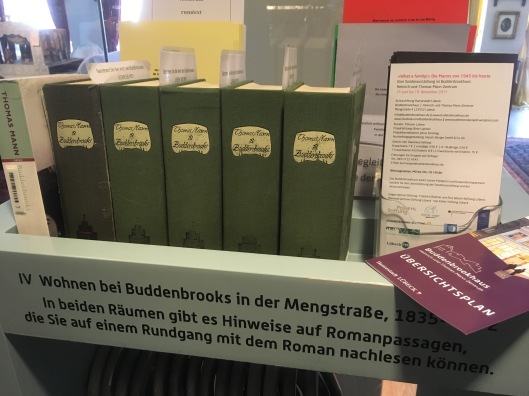 Part of the Thomas Mann archive 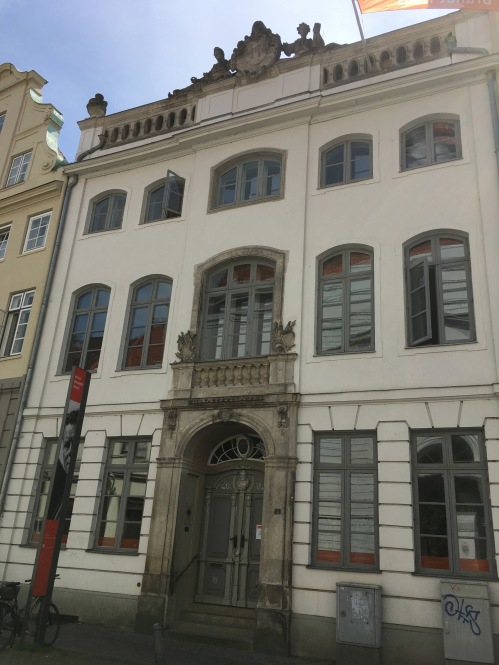 The Brandt House has a long history dating back beyond 1286 (first mention in print). In 1479 it was bought by the Compass Society of Lübeck merchants connected with the Hanseatic League and used by them for meetings and festivities. It was totally renovated and enlarged in 1777. The house was sold to the City in 1822.

The Federal Chancellor Willy Brandt Foundation was set up in 1994 to honour the memory of the statesman and politician who had a huge influence on post-war German politics. The history of the 20th century is reflected in the story of Brandt’s life in the main exhibition. The house had not been his home but it is interesting to note that by coincidence the gardens of Grass House and Brandt House are connected as the two were close friends with shared political interests. 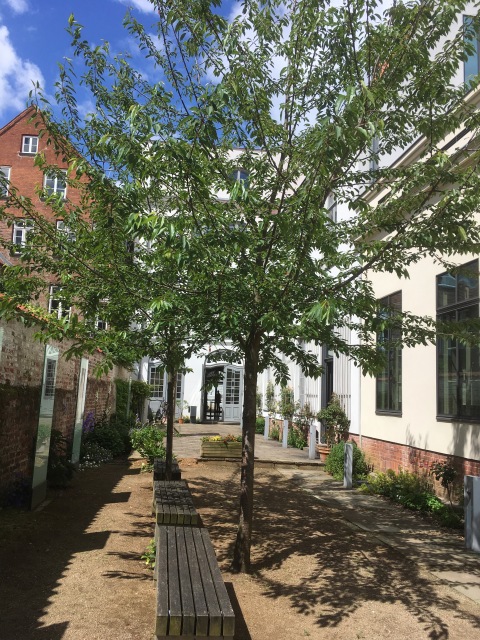 The pretty courtyard is a relaxing oasis behind the WB House 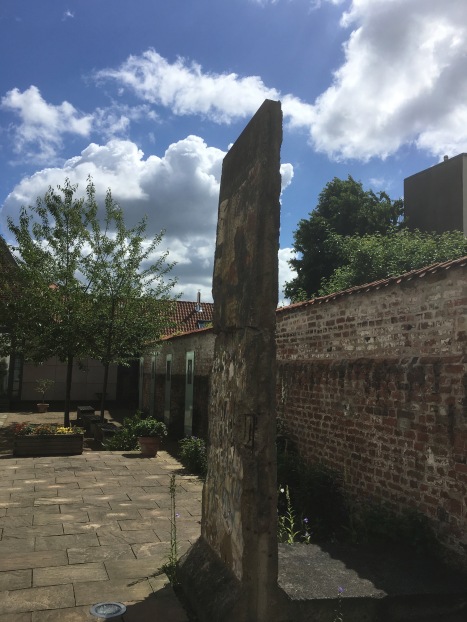 As for Günter Grass house and exhibition it was practically impossible to take a decent photo due to the narrowness of the old street and parked cars. It was only recently brought to my attention that Grass was an artist as well as a writer. A series of his drawings are part of a display in the St Maria Church nearby. 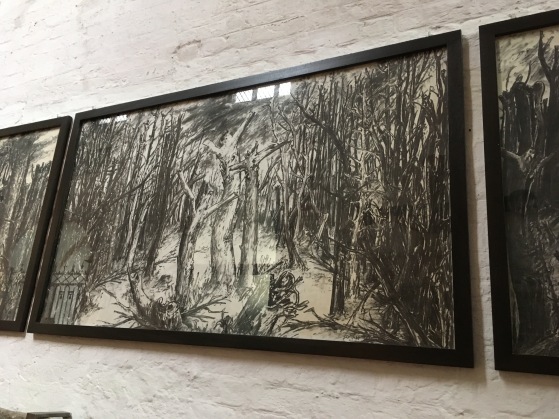