Towards the end of our hike on the Zicker Alps and through Gross Zicker we came across the delightful little village church. We’d decided  not to stop and look at the Pfarrwitwenhaus Museum but the little church tempted us in and we were glad to have a look round.

I picked up a little leaflet, possibly aimed at children, but available in German and in English. It briefly described the important features of the little place of worship in alphabetical order. Here’s a selection :

A = ‘Ancient Lady’ and it’s a very brief history of the building. “The brick church was erected with a flat-roofed nave and a rib-vaulted choir around 1360. In 1835 the half-timbered roof tower was rebuilt.” 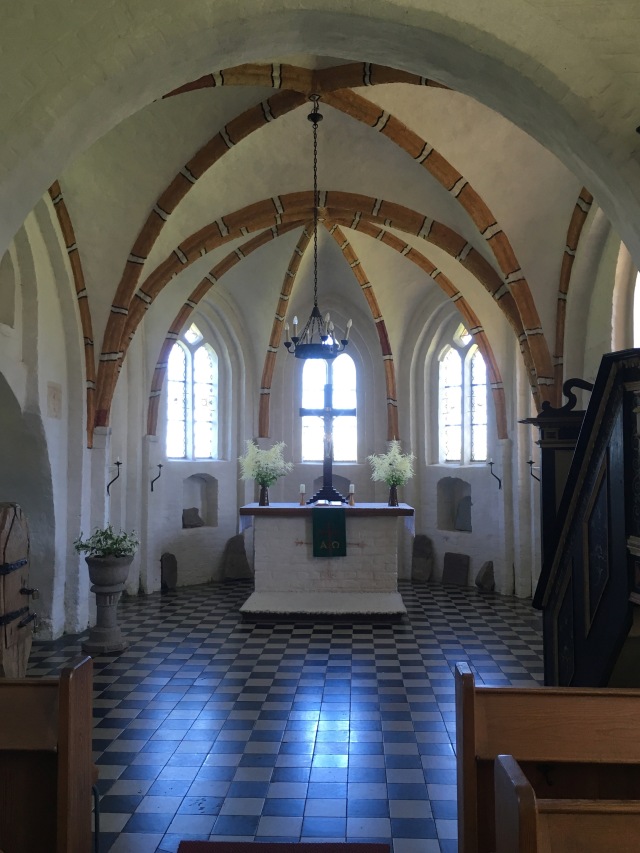 H = House marks. Around the altar in the choir are some old gravestones. They are split erratic blocks from between 1744 and 1842. Some only show the year and so-called ‘house mark’. We are then left with the advice to visit the museum in Göhren for more info about house marks. 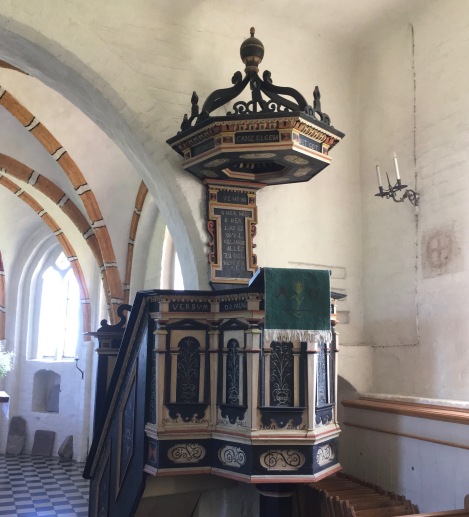 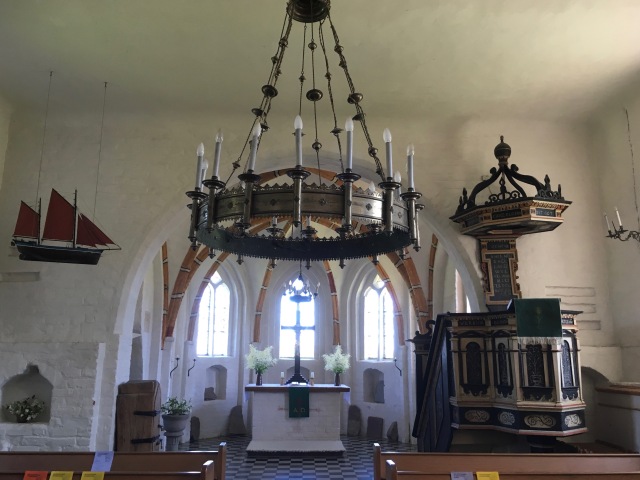 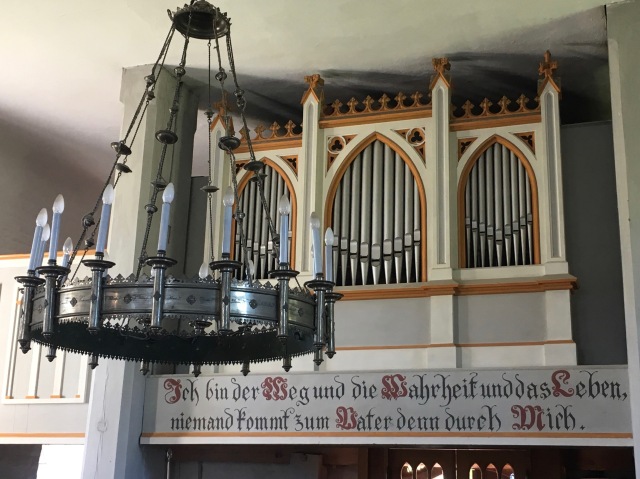 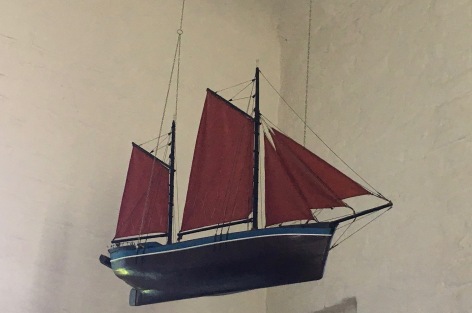 The Votive Ship (not mentioned in the leaflet) 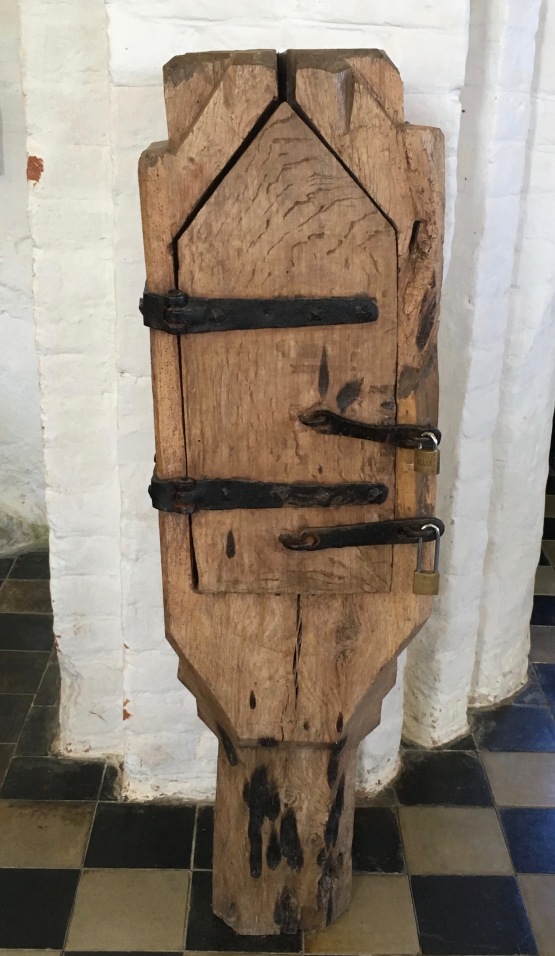 S = Sacrament Shrine. One of the oldest possessions of the church. It was carved from a single oak trunk and is 500 years old. Originally it was taller and was used for storing the elements for communion. [Also called a Tabernacle] 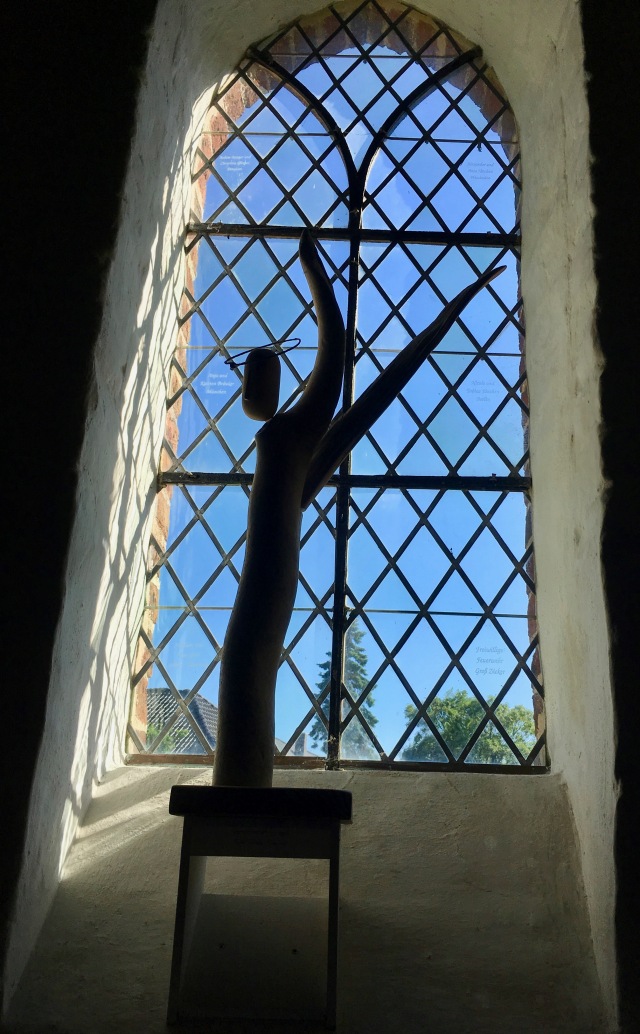 V = “Versonnener” Angel (Angel lost in thought). The heavenly messenger, carved out of driftwood, by Elke Subklew from Sassnitz.

We are also told that the place name Zicker dates back to the Slavonic term “sikor” meaning a titmouse! It was first mentioned in 1184 as Tikarey in the Knytlinga saga. Gross Zicker Church is, along with many other Rügen churches, on the European Route of Brick Gothic. 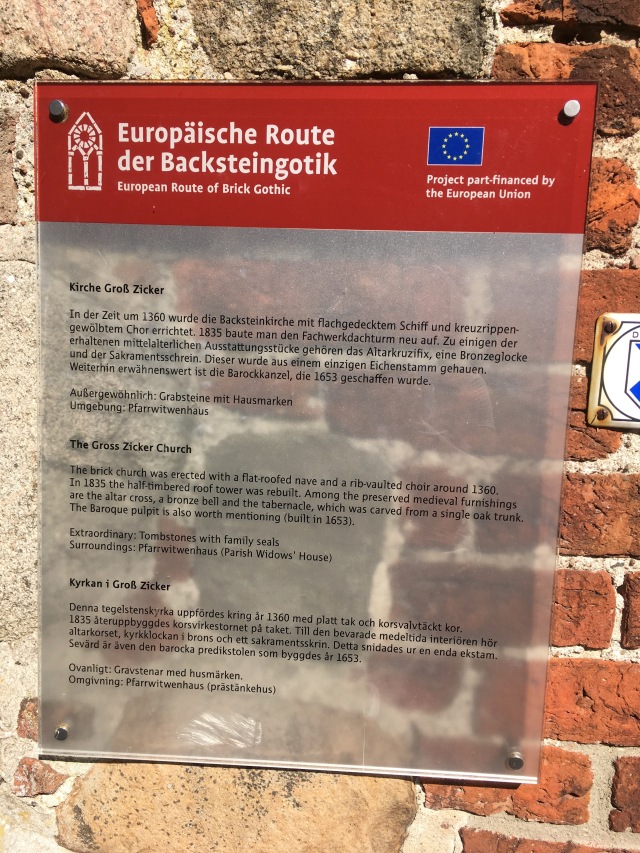