On Saturday I spent an extremely interesting afternoon at Sheffield Hallam University at the above event. Reading 1900-1950 is one of the blogs I follow and I was delighted to finally be able to attend one of Professor Chris Hopkins’s events. The Readerships and Literary Cultures 1900-1950 Special Collection of 1000 early editions of popular fiction is housed at The University Library. Read more about it here.

Professor Hopkins welcomed us to the event which was part of the ‘Being Human‘ Festival of the Humanities which is a national forum for public engagement with humanities research.

Here is a copy of the email Chris sent out to all attendees a few days ago.

Many thanks for booking for this free Being Human event on Saturday 18th November 1 -4 pm.

Here is the programme – as advertised, but with one change: cakes instead of biscuits at the tea-break!
1 – 1.30pm : Cigarette Cards – an introduction 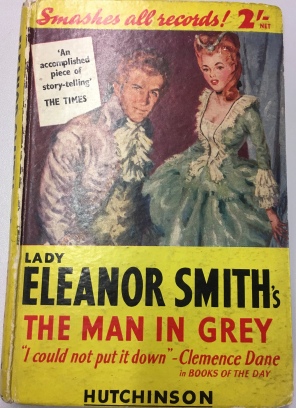 3.15pm : conclusion: Why are some bestsellers forgotten? Why are some remembered?
(We should finish by circa 4pm – depending how much we chat!)

Very much looking forward to the event and to meeting you all.

After being welcomed by Professor Hopkins he went on to tell us more about the fascinating hobby of cartophily: the collecting of picture cards, such as postcards or cigarette cards, as a hobby. He had brought along books on the subject. He also wished to stress that the event had no sponsorship by the tobacco industry! 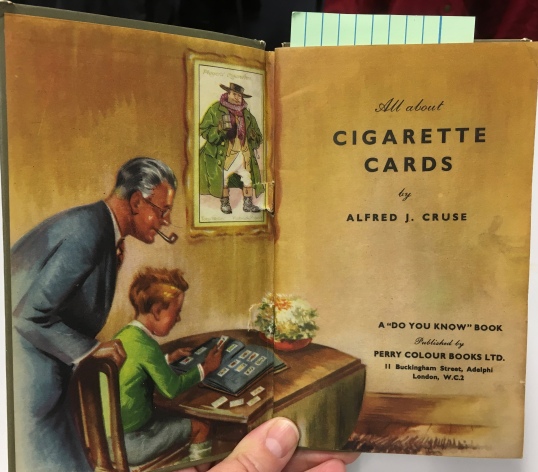 Actually, quite unintentionally, we may also be cartophilists! Up in our attic we have several boxes of virtually pristine cigarette cards mostly housed back in their own cigarette packs. Unfortunately, we don’t have the 1937 Famous British Authors set.

The categories, and authors within each, are the choice of Professor Hopkins

There are only a few of the Less Well-remembered that I haven’t heard of – but then I did work in public libraries in the 1970s.

The four selected authors were chosen by four readers in The Reading 1900-1950 Group : Lady Eleanor Smith ; J B Priestley ; Denise Robbins ; and “Sapper”

Denise Robbins was a romantic novelist who published over 200 books and it is said that she once met Barbara Cartland and told her she was writing her 85th novel. Cartland retorted that she’d written 145 and the scathing response was “Oh? One a year, then”

The reader who chose JBP concentrated on The Wonder Hero – which I and most of the audience had never heard of – but we all want to read it now. This story may be apocryphal but when Mr Hanson moved to Bradford to teach at our sons’ school he was surprised that the local Waterstones had no copies of JB Priestley books. He set about re-printing them in the Re-discovering Priestley Series.

It was said of Lady Eleanor Smith (she always used her title) that “she makes the Mitfords look ordinary”. An Alderman, who had her books banned from the local Public Library, apparently said that “she knows too much”. Her father was FE Smith who was the youngest Lord Chancellor and was created the 1st Earl of Birkenhead. Apparently, she was fun!

“Sapper” was the pseudonym for Herman Cyril McNeile who, amongst other characters, created the Bulldog Drummond.  In the Wikipedia entry “Drummond is a World War I veteran who, fed up with his sedate lifestyle, advertises looking for excitement, and becomes a gentleman adventurer.” The books and many film adaptations are definitely not pc to our ears and eyes: xenophobic and antisemitic, chauvinistic and very distasteful more or less sum them up.