The next day, before heading off on the train to Penzance, I spent the morning walking round the bay again. I had been intrigued by a small white building, on what turned out to be a headland, on the opposite side of the bay.

Grassy paths on Towan Head looking back at Fistral Beach

“On the top of the headland you will see an unusual eight sided building, this was the coastguard lookout station. Newquay’s seafaring heritage has not always been wholly legal and there is much evidence that smuggling was not uncommon. From here the preventative Men, employed by the port of Padstow, could keep a watchful eye for smugglers, sometimes known as Freetraders, engaged in their illegal pursuits.” [Source] 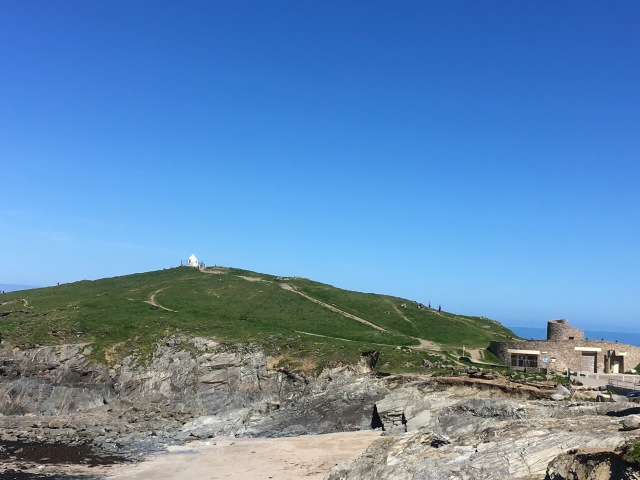