You’ll notice on the plan shown in the previous post that there’s a circular pod containing a guest cloakroom and house bathroom. This pod narrows the corridor between the ‘public’ areas – sitting room, dining area, kitchen – and the ‘private’ sleeping quarters. It’s simple but effective.

There are three bedrooms: a double, a twin and the single study bedroom (designed for the Andertons’ teenage daughter) that reminds me so much of my student days at The Lawns, Cottingham. 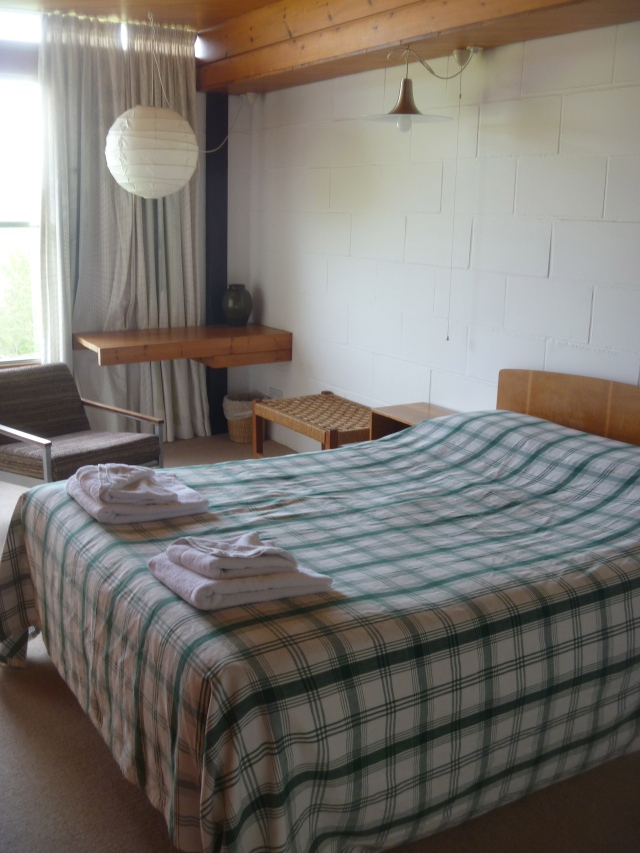 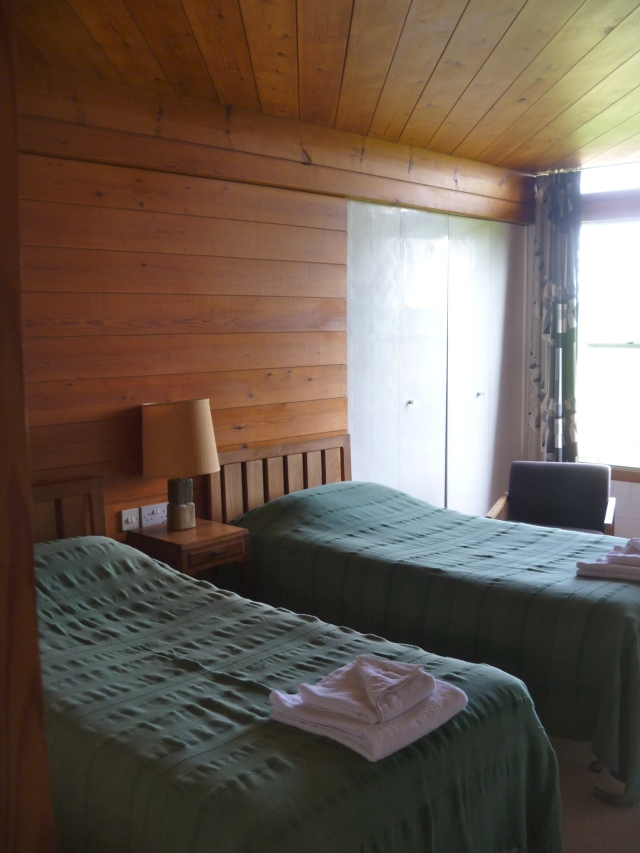 Study Desk in the Single Bedroom

I was intrigued to see a separate selection of fiction on the single study bedroom shelf. Many of the titles/authors I knew had Devonian connections – Ted Hughes, Sylvia Plath, Williamson’s ‘Tarka the Otter’, Thomas hardy, Charles Kingsley. Some I have made a note to read in future in order to discover whether or not there’s a connection or whether the connection is merely the decade of publication  e.g. Dodie Smith’s ‘It ends in revelations’ and David Garnett’s ‘Plough over the bones: a novel about a French village in the Great War’.

Sometimes I find that hanging space at Landmark properties is at a premium. Not the case here at Anderton House. Each room had a decent built-in cupboard and set of drawers.

2 comments on “In and Around Anderton House : a Photo Album, 2”