Schellen Ursli is the children’s storybook character created in 1945 by Alois Carigiet and drawings of him and his adventures are to be found in all formats in the Engadine area of Switzerland. It kind of reminded me of the Alsatian artist Hansi whose pictures were in every postcard rack, gift shop and home wares store throughout the area. 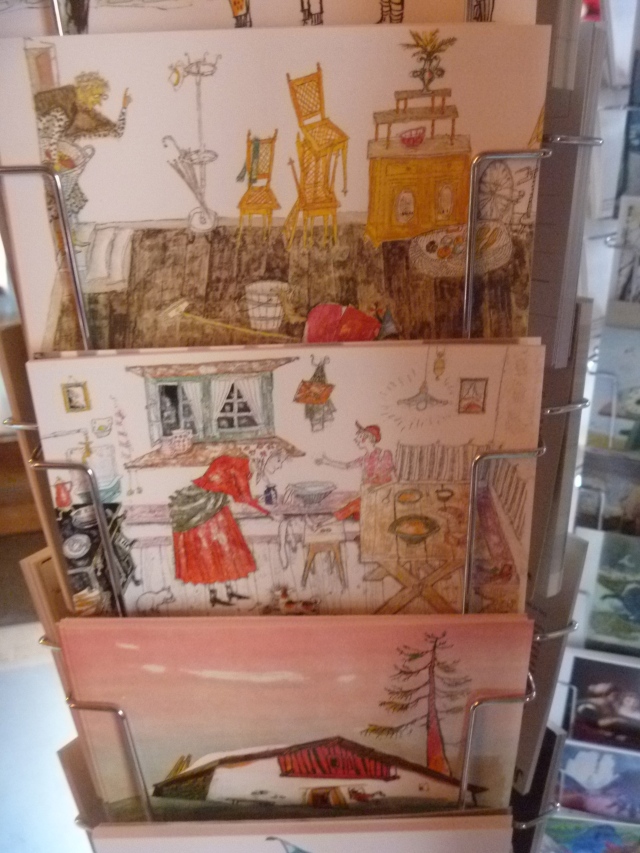 Last Saturday on our way home from St Moritz and Sils Maria we took a detour into the Lower Engadine Valley to the small Alpine village of Guarda that was the former home of Carigiet. As in Bergün its houses are a wonderful selection of Engadinian art in themselves. There’s a Schellen-ursli path but we didn’t have time for that.

It came as no surprise to me later to read the village has been awarded prizes and distinctions for its beauty. Nor to read on posters throughout the village that a film company was about to shoot some scenes here – it is so authentic.

An Inn in Guarda : Note the Romansch language is predominant here

A House in Guarda

Another Guarda House – there were so many!