After our morning at the dramatic Tamina Gorge and fascinating Bad Pfäfers Museum we returned by Schluchtenbus to Bad Ragaz town centre for a lunch in the sunny main square – a Swiss speciality cheese and onion tart with salad. We then caught a local post bus  to Maienfeld just a few miles away. 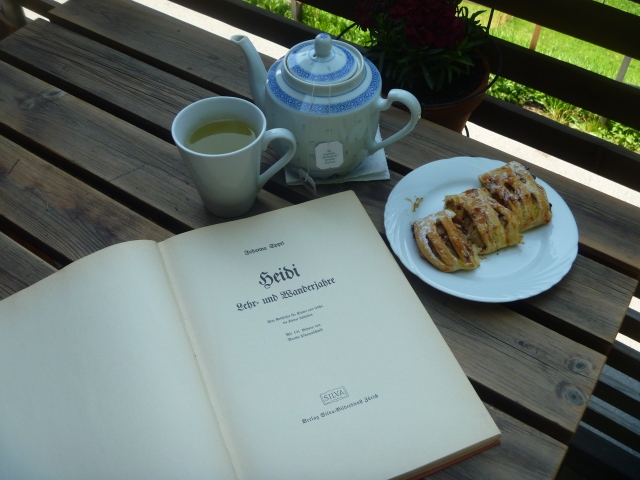 Maienfeld was the inspiration to Joanna Spyri for her Heidi books; the first of which had the same title as this post. From the train and bus station it’s just a few steps to the Heidi Shop and Wine Bar [Maienfeld is in a significant Swiss wine-growing region]. The shop stocks every kind of souvenir thinkable with a Heidi connection and is surprisingly kitsch for Switzerland. There is also, naturally, a wide choice of Heidi titles and editions in various languages. This region “Heidiland” is relentlessly marketed throughout the area and throughout Switzerland in general and overseas. 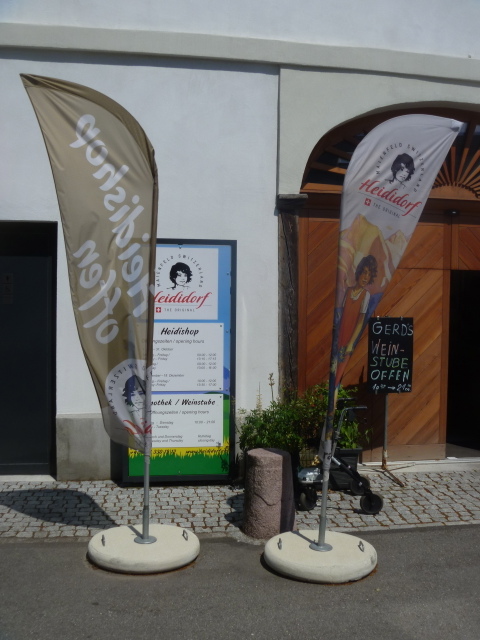 The Heidi Shop and Wine Bar 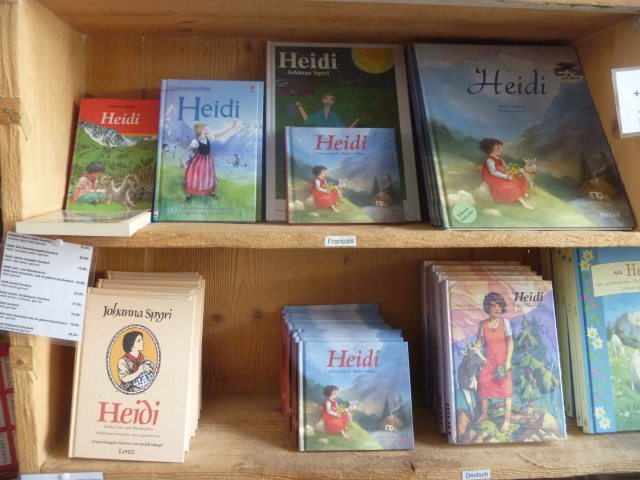 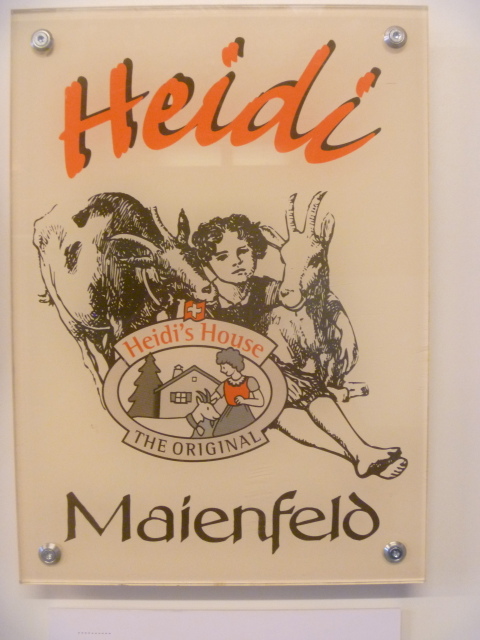 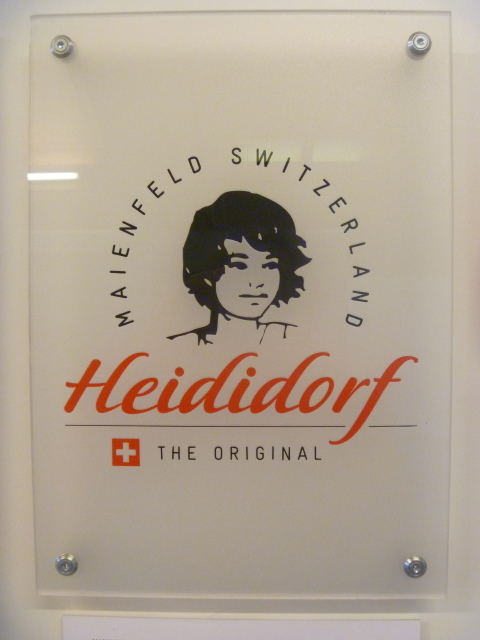 We took the route marked uphill towards the Heidi House and Johanna Spyri Museum. It’s a quiet road and track and steepish in places with no-one else about. 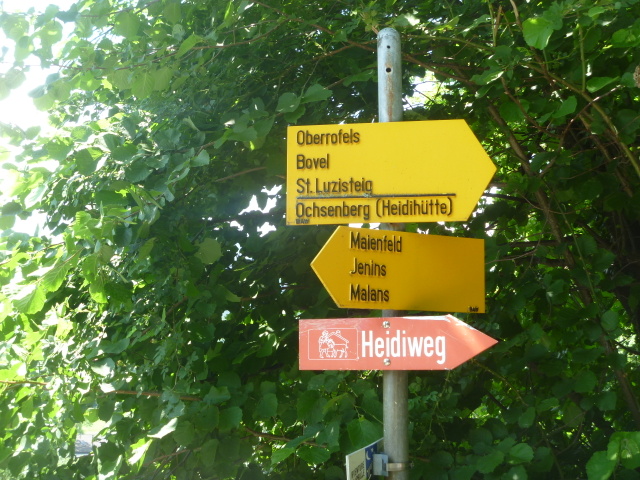 The Heidi Way is in this direction 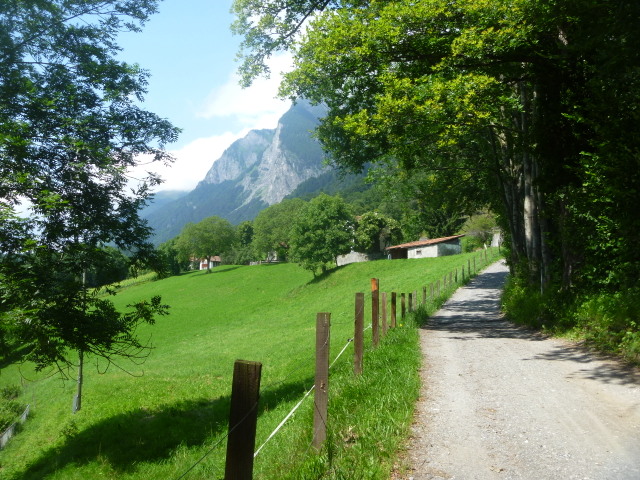 The quiet track up to Dörfli

So we were surprised as we neared the house to see crowds of people. On our alternative route back to Maienfeld we passed a big bus and car park from where the nations of the world had emerged with just a short, level path to the ‘village’ – Dörfli, in the books, but now renamed Heididorf. 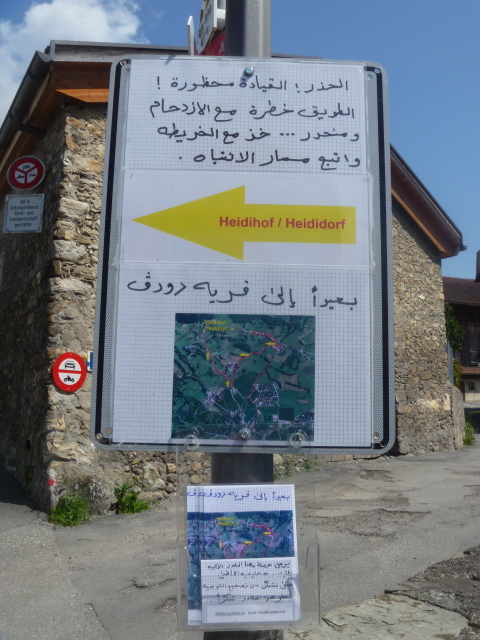 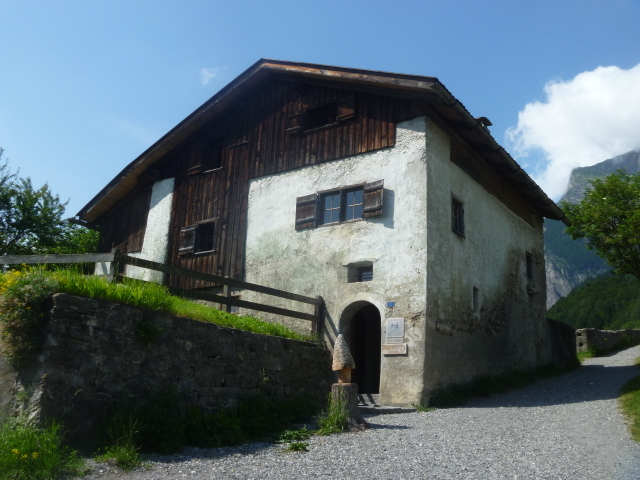 Arriving at the Heidi House 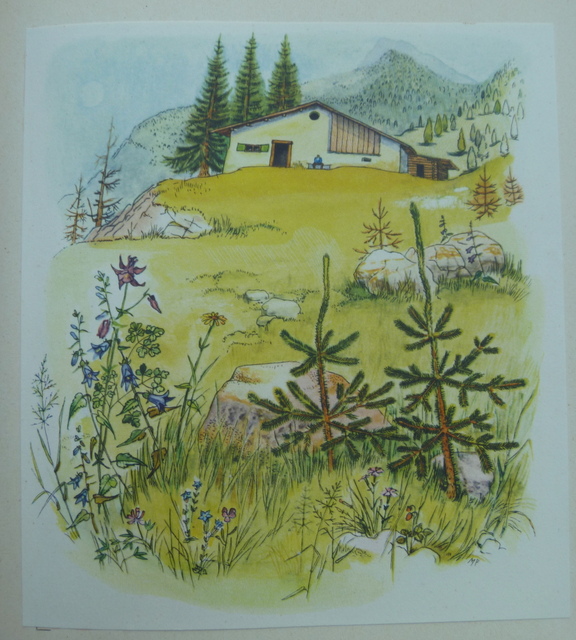 Not so much interested in all things ‘Heidi’ Susanne and I wanted to visit the Johanna Spyri Museum housed above (another) Heidi Gift Shop. There’s another Spyri Museum at her birthplace in Hirzel near Zurich. They must have any and all artefacts relating to her as there was very little here, near Maienfeld. Mostly, the museum consisted of information panels, a large collection of old and foreign editions of ‘Heidi‘ and video loops of extracts from Heidi movies made during the last century. 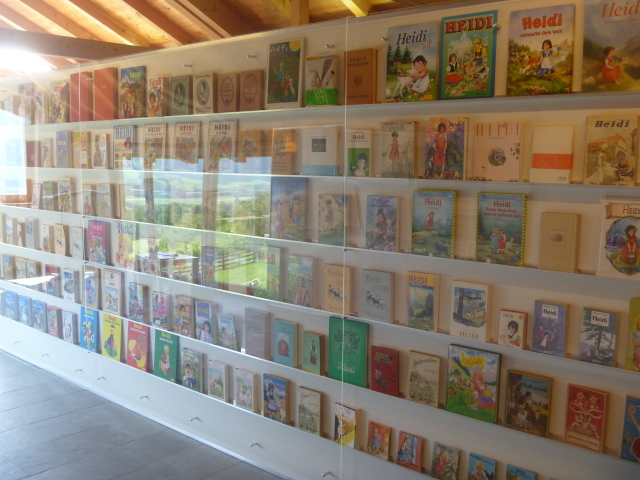 Heidi editions in the Spyri Museum

Johanna Spyri reminds me of Louisa M. Alcott who is famous for her Little Women books but has written and done so much more that is generally not known to the world at large. Spyri was born in 1827 and died in Zurich in 1901. Heidi was first published in Germany in 1879 and was a huge success. It is reputed to be the most-translated book in the world after the Bible and the Koran. But Spyri wrote much more besides and this is otherwise glossed over at the Dörfli Museum although there is a full list of these titles there are no actual examples; just a wall full of old and foreign editions of Heidi. 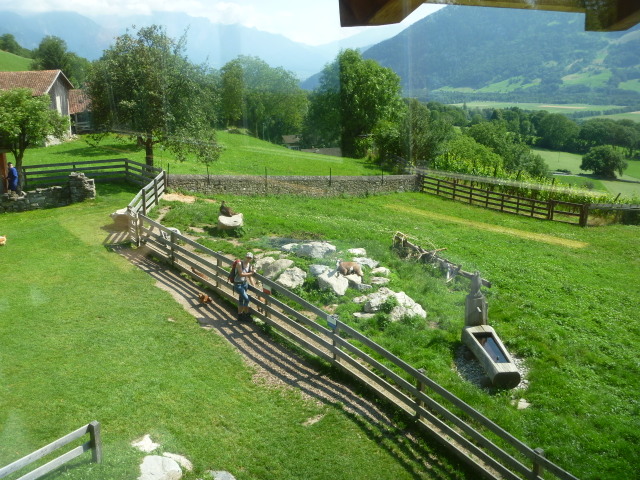 Descendants of Peter’s Goats? (from the museum window)

After the Spyri Museum and a quick walk around the exterior of the reputed Heidi House we decided to forego the longer walks up to the Heidi Alp and returned on foot to Maienfeld and by train to Schiers. 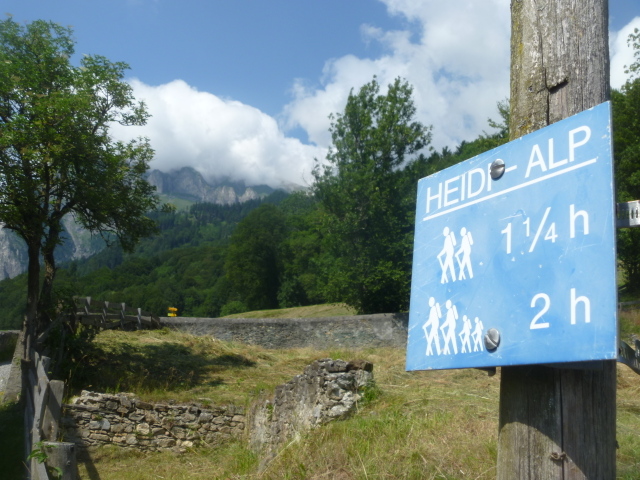 10 comments on “Heidi’s Years of Learning and Travel”