“Day 3 : A full day’s excursion today to the historic Belgian City of Antwerp (about 1.5 hours from Lille) famed as the birthplace of Rubens with a strong artistic heritage in its fine museums and churches. This heritage was reflected too in the city’s enthusiastic embracing of the Art Nouveau movement with an entire district, known as the Golden Triangle of some 170 Art Nouveau houses as well as the famed “Five Continents” house and the Reunion exhibition in the Cathedral of Our Lady. Evening free.”

There are so many Art Nouveau houses in Antwerp’s Golden Triangle that it is impossible I’m afraid to give the addresses of each but here are some examples from those 3 streets – Waterloostraat, Transvaalstraat and Cogels Osylei. Quite amazing! According to Mike at one time threatened with demolition this now an area of prime real estate. 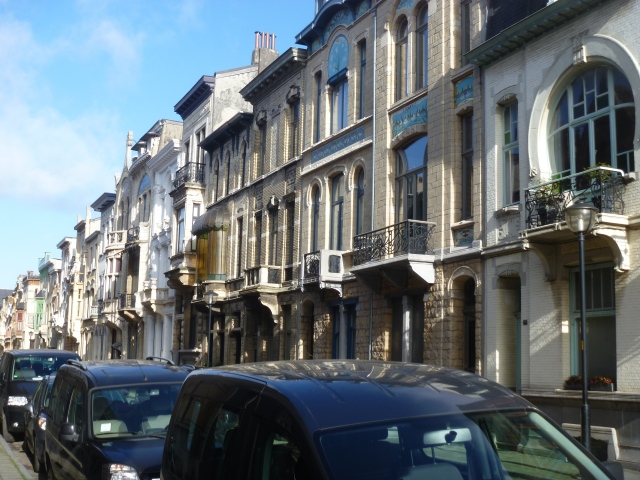 “With more than 100 Art Nouveau buildings, Antwerp is the second town of Belgium (after Brussels) and one of the two most important ports in Europe.

This is the Art Nouveau “golden triangle”, a quarter defined by three streets (Cogels Osylei, Waterloo straat and Transvaal straat) that was built mainly between 1890 and 1906. The urban planning of Zurenborg and the Cogels Osylei dates from 1894 (and half of the area was built in 1895, which became an important place for Art Nouveau which began around 1897 in Antwerp). An incredible number of Art Nouveau buildings are still preserved for your pleasure. It is often presented as the most important Art Nouveau quarter in Europe and in the world.” [Source]

So, here are some of those buildings preserved “for your pleasure”. 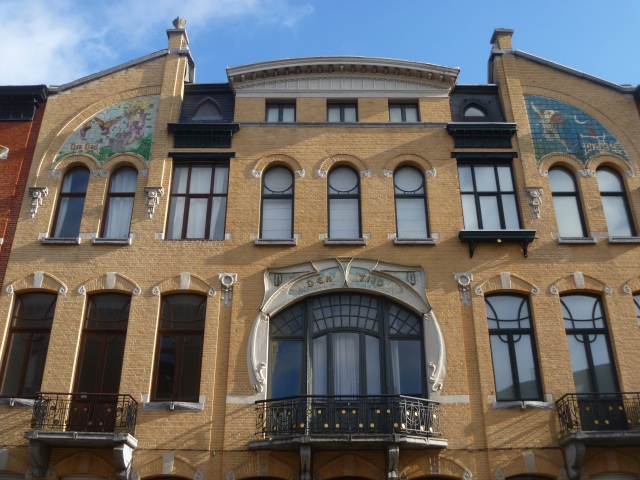 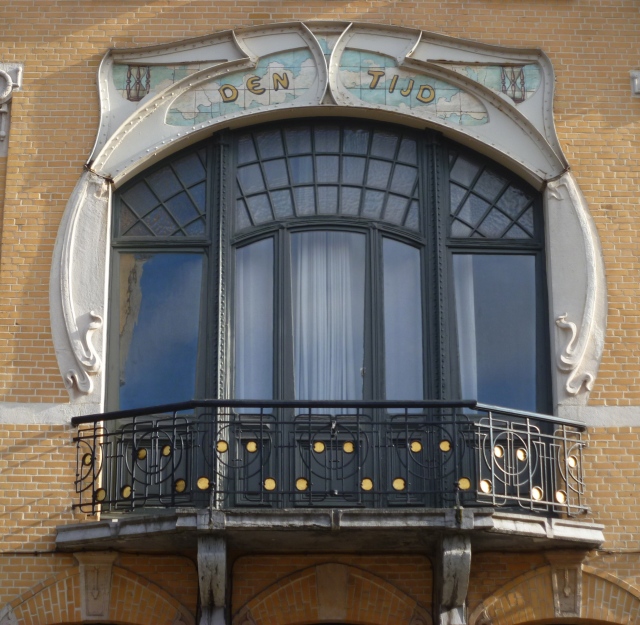 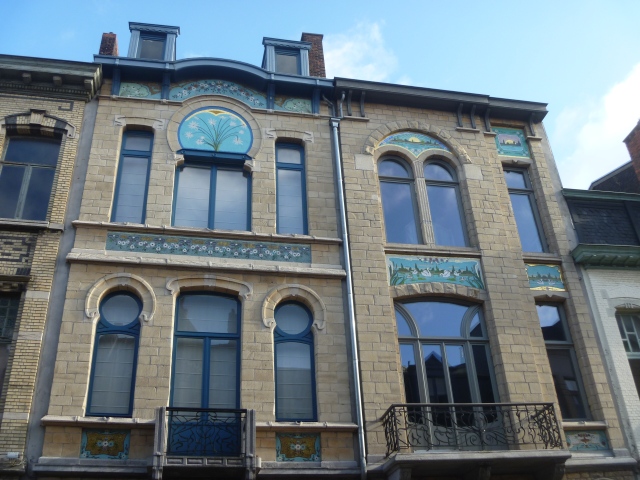 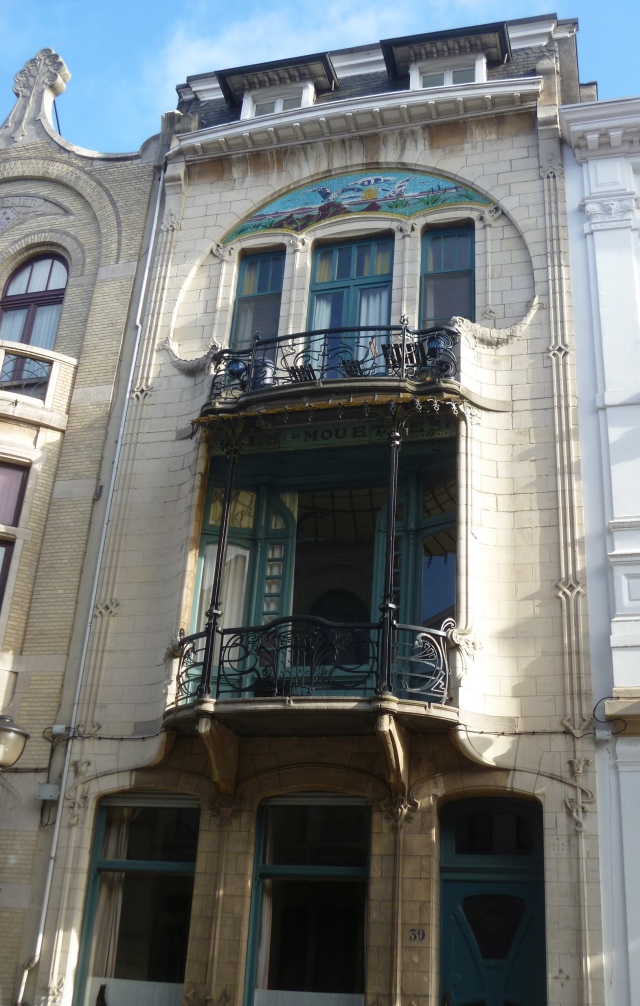 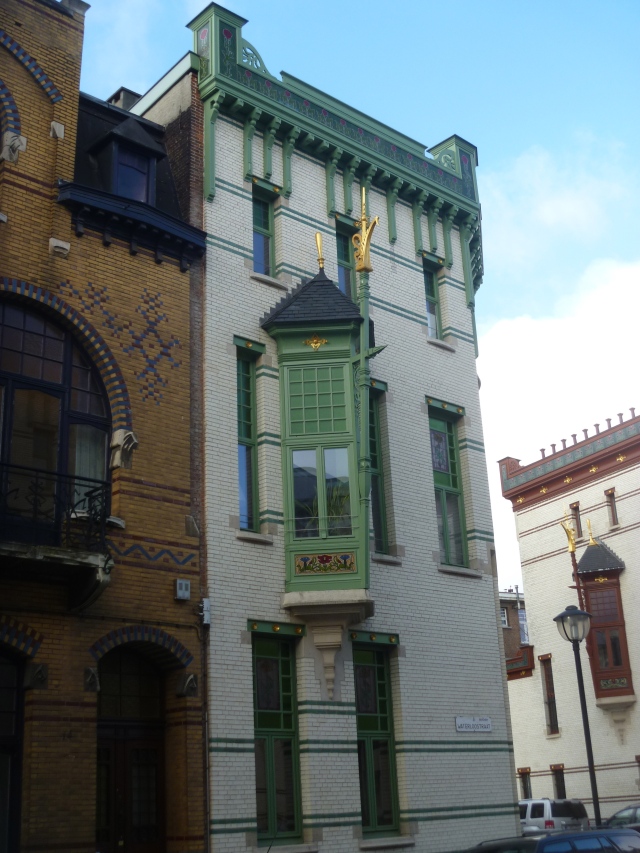 One of the Four Seasons Houses at a cross roads, Waterloostraat

[“De Vier Seizoenen” villas built by Joseph Bascourt in 1899 : the 4 symetrical villas corner a cross roads. Each corner is decorated by a fresco dedicated to a season.] 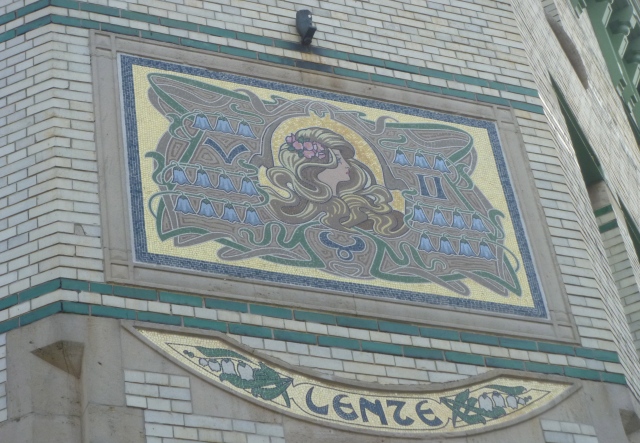 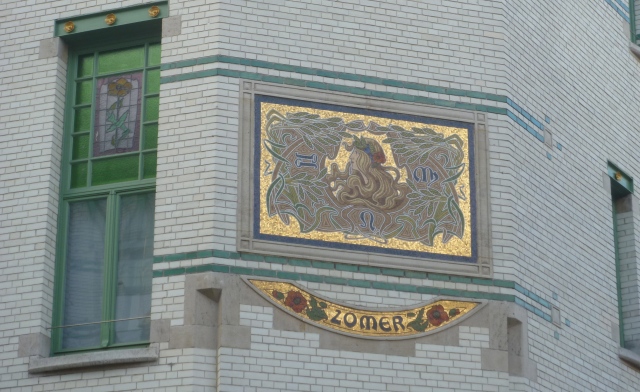 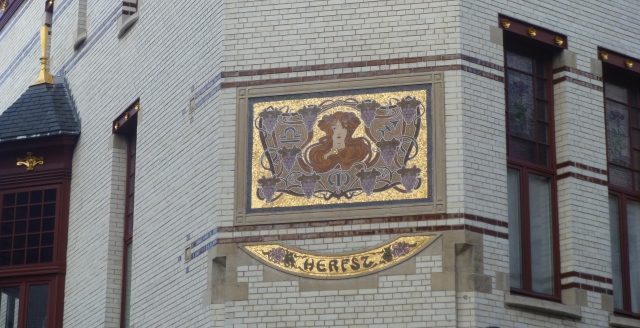 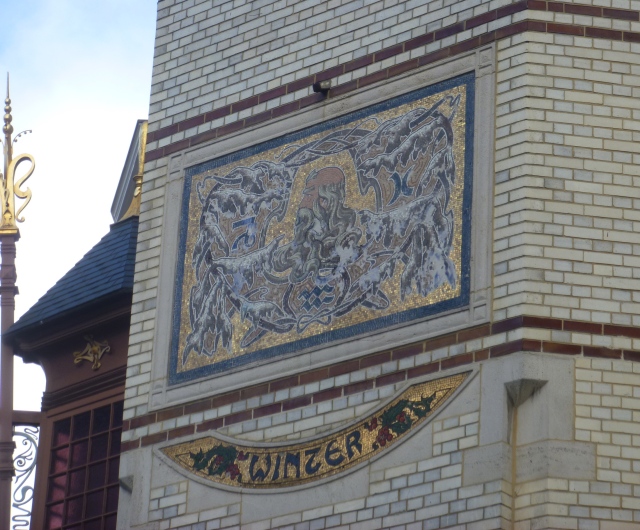 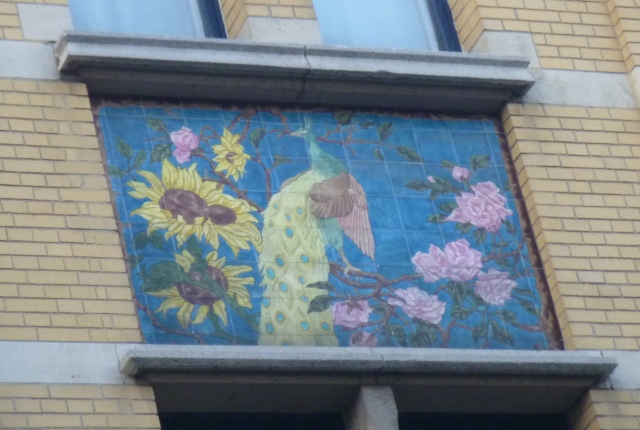 There are the peacock’s eyes! 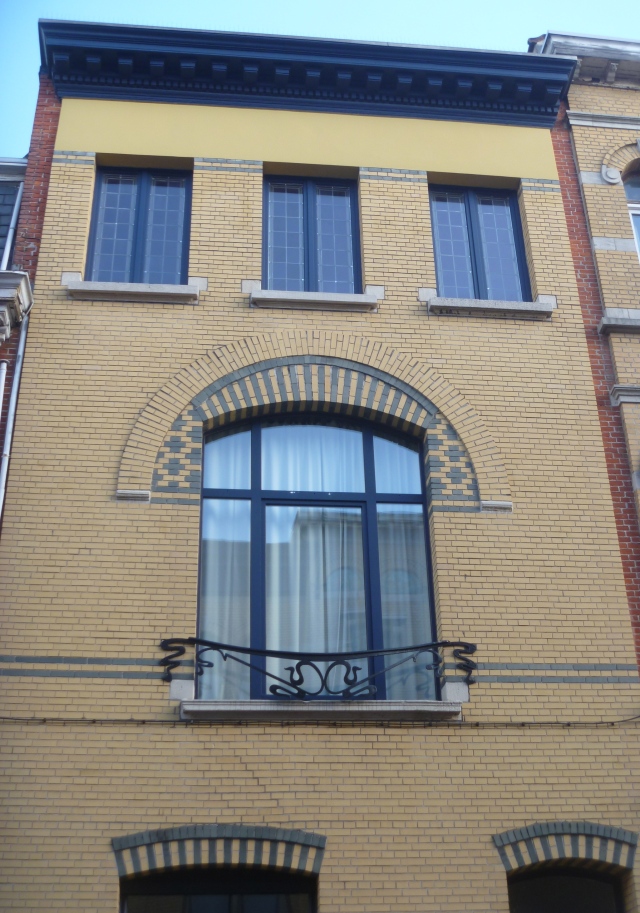 Plain – but with peacock eye balcony 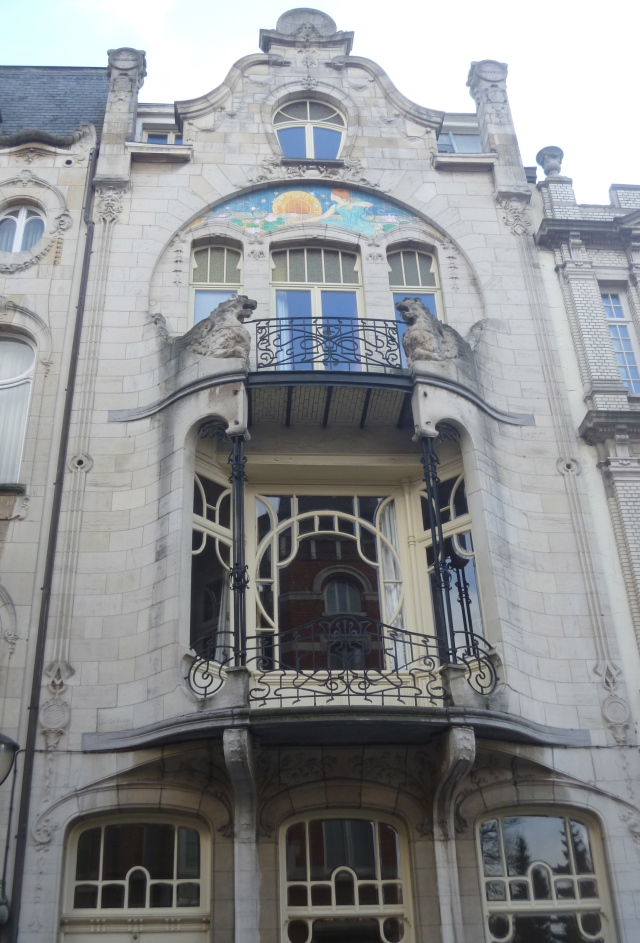 Art Nouveau in the Golden Triangle 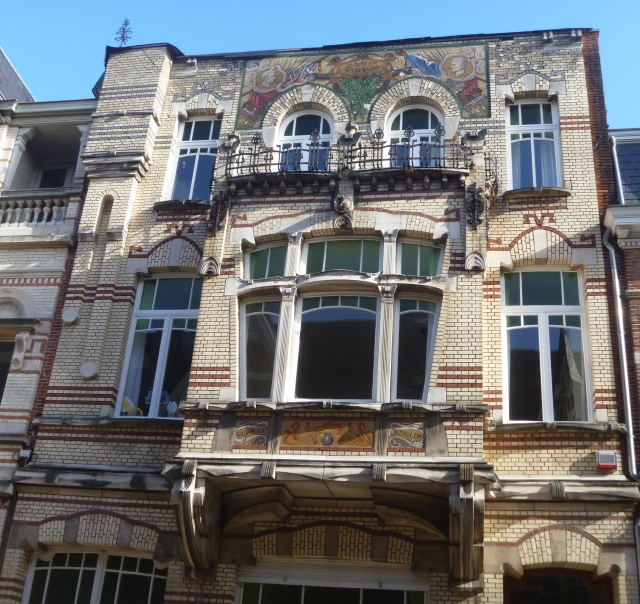 Over The Top in the Golden Triangle 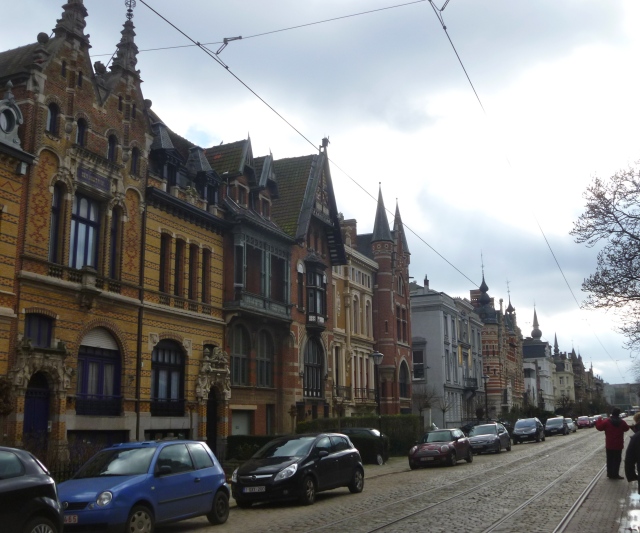 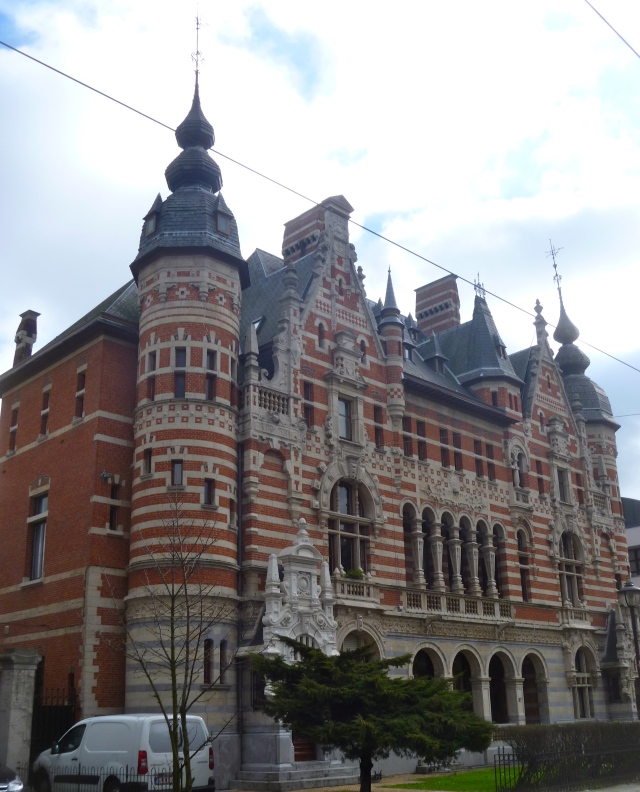 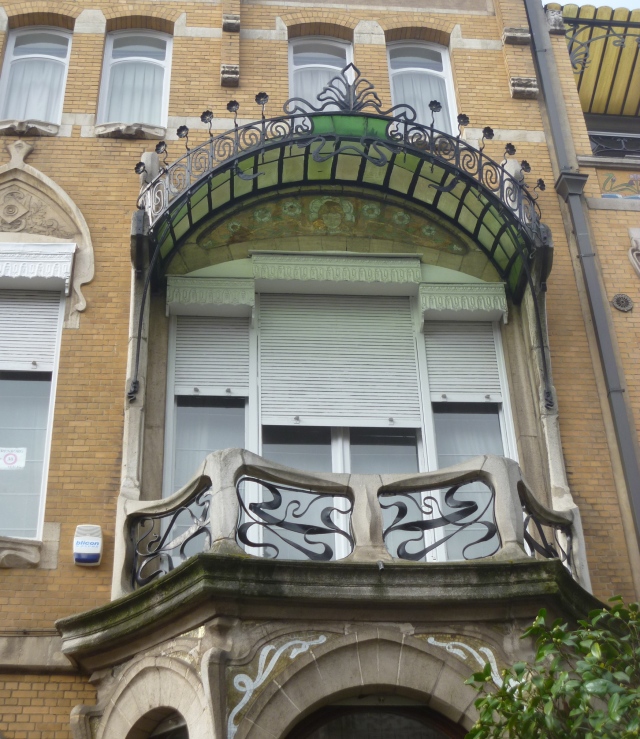 I probably have another 50 photos but that is enough for now.

6 comments on “Art Deco and Art Nouveau in Lille and Antwerp : Day Three”