Later on Tuesday we drove over to Anglesey with the intention of visiting the burial mound Bryn Celli Ddu which is just over the Menai Strait and very near to the village with the longest name (Llanfairpwllgwyngyllgogerychwyrndrobwllllantysiliogogogoch), which is shortened to Llanfair P.G. 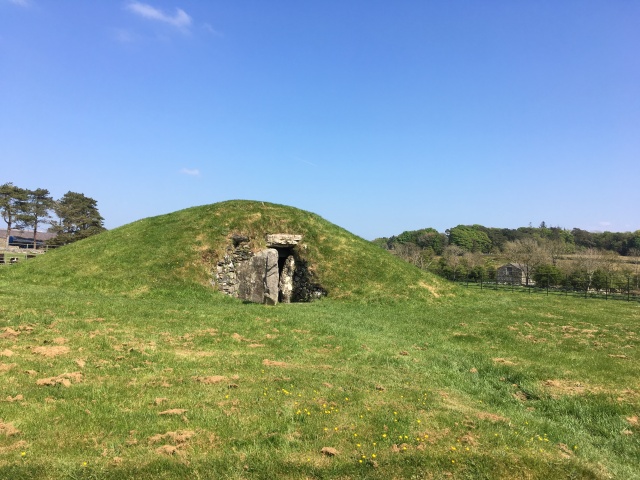 The site is managed by Cadw the Welsh equivalent of English Heritage. There is a small car park off the main road and it’s probably about a half mile walk to the site along a prepared and well kept path between hawthorn hedges and streams. Upon arrival I was immediately struck by the resemblance, but on a much smaller scale, to Newgrange and Knowth in Ireland which I had visited in 2015 and 2016. 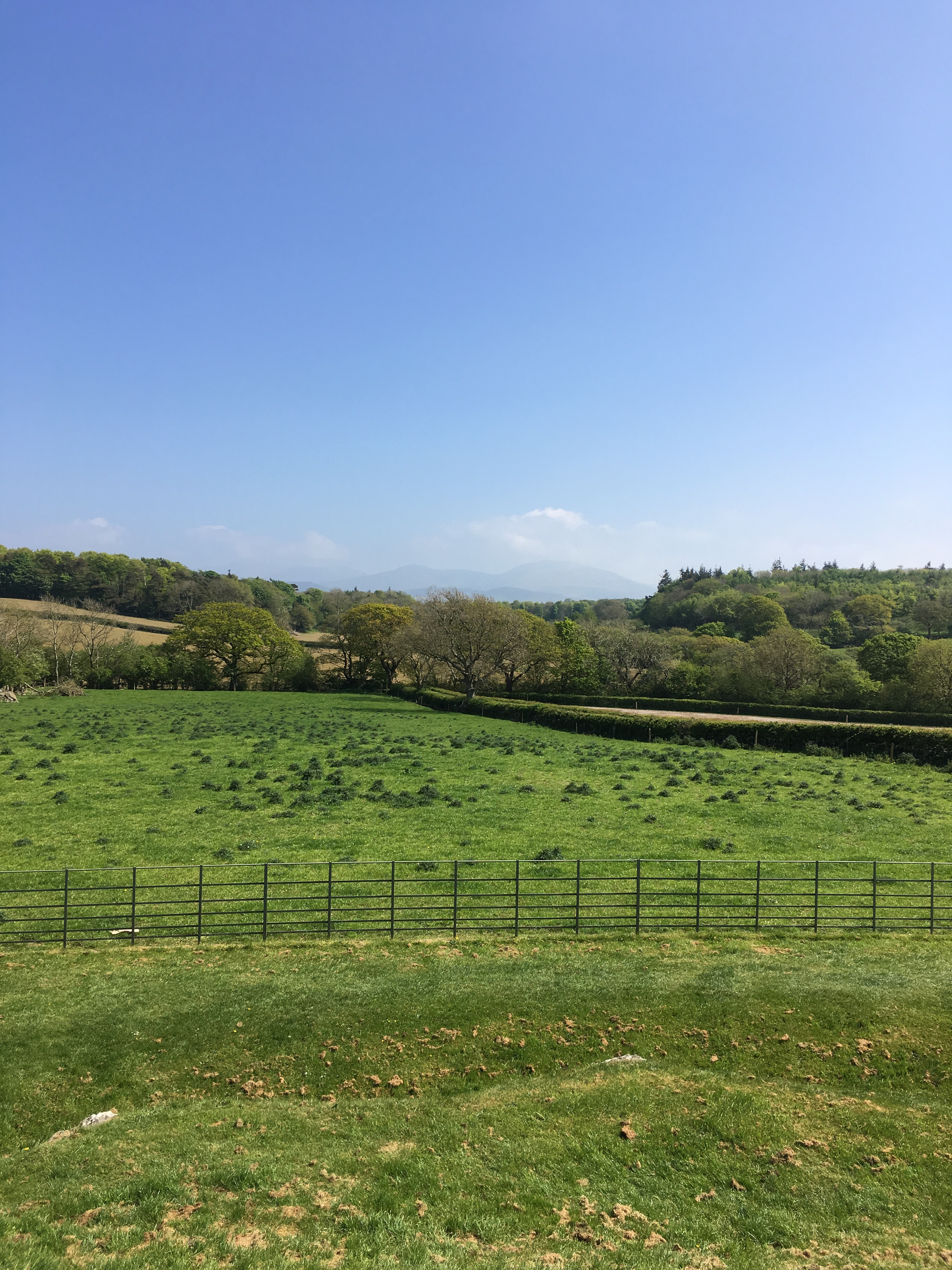 On an information board I read :

The people of the Neolithic who built this tomb around five thousand years ago were farmers. Maybe having an accurate calendar to plan when to sow and when to harvest crops was important for their success? Like Newgrange in Ireland Bryn Celli Ddu was aligned with the movement of the heavens. Maybe these solar calendars enabled prehistoric people to know the right time of year to come together at these distant sites for important celebrations? If you are lucky enough to visit at dawn on the midsummer solstice, or simply to witness the sunset from the mound at any time you will share a fleeting connection with our distant ancestors. 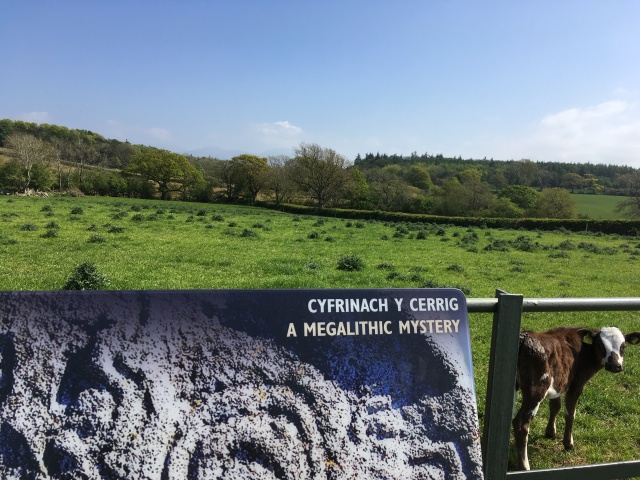 Bryn Celli Ddu certainly seems much more authentic and relaxed than Newgrange and Knowth with their organised bus tour and timed entry and exit.

Cadw also tell us that they don’t know how many people were buried here but that it remained open for hundreds of years and suffered from erosion and disturbance.

There is a single smooth stone monolith, standing guard in the shadows of the burial chamber. Its significance is still a mystery. Was it keeping watch over the ancestors or a revered symbol bringing fertility to crops and livestock? 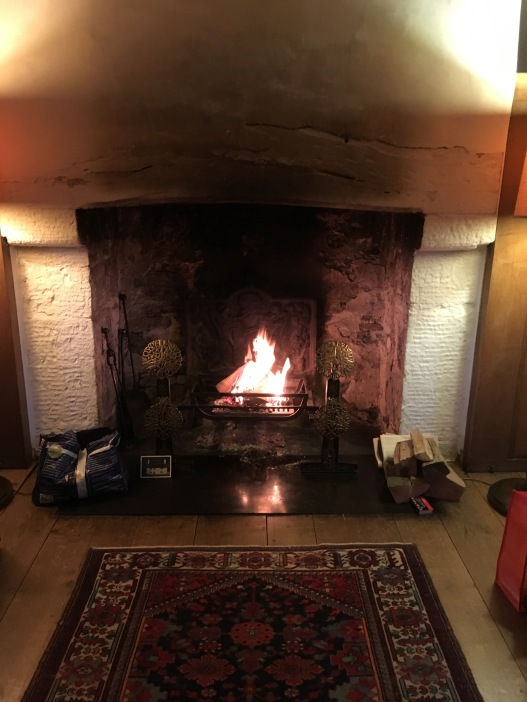 It was good to get back to Dolbelydr!

4 comments on “Calendr Cerrig : A Calendar Made of Stone – Bryn Celli Ddu”