The Behnhaus-Drägerhaus Museum was totally unknown to me before my visit to Lübeck : but what a gem! Quite a big gem, actually. Just a few doors along Königstrasse from Willy Brandt House at numbers 9 to 11 the Museum/Gallery is housed in two adjoining classical mansions.

Here is a link to a very brief glimpse of the character of the museum. 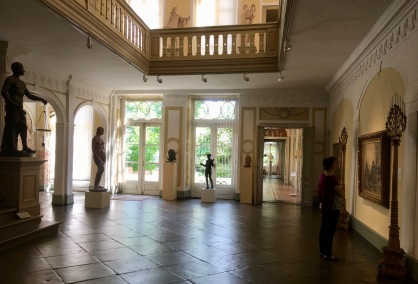 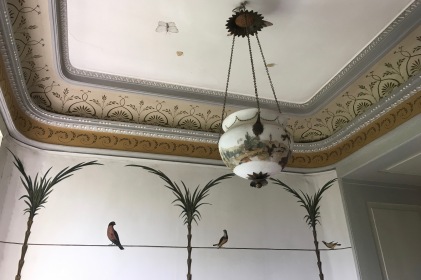 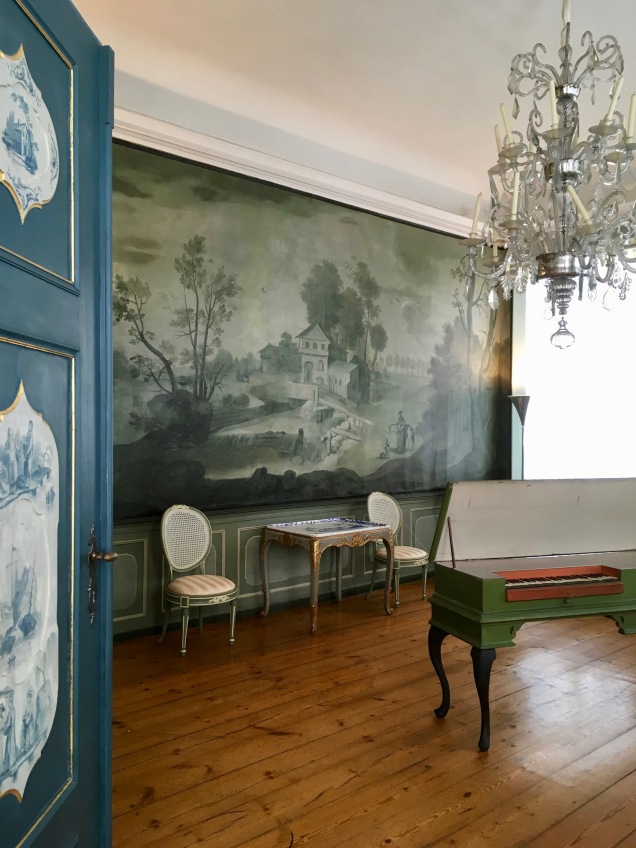 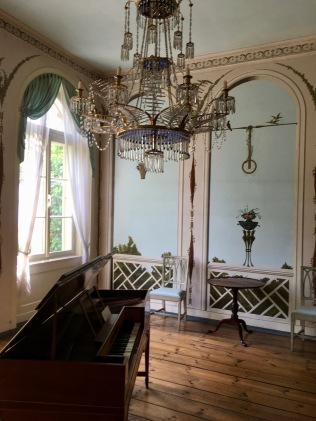 The Behnhaus Drägerhaus Museum is Lübeck’s 19th century gallery and classical interior. The important collection of paintings, sculptures, graphics and photographs includes works by German and European artists and focuses on the art of romance and classical modernism. From Caspar David Friedrich to Edvard Munch is the title of the collection presentation, in which regional focus and international importance are combined. The museum is located in two 18th century mansions, the Behnhaus and the Drägerhaus.

The rooms in the Drägerhaus primarily provide a contemporary venue for the collection of paintings and special exhibitions. However, the character of private housing remains recognisable.

Behnhaus is also home to the 19th century living quarters and these are arranged and decorated in that style. Parts of the painting collection fit in here too : bourgeois living culture and bourgeois gathering are totally connected. The former private quarters in the wing of the Behnhaus are among the most important classical interior decorations in northern Germany. Its design was created at the beginning of the 19th century by the Danish architect Joseph Christian Lillie (1760-1827). Through the interplay of paintings and historical rooms, the building is one of the most beautiful museums in North Germany. 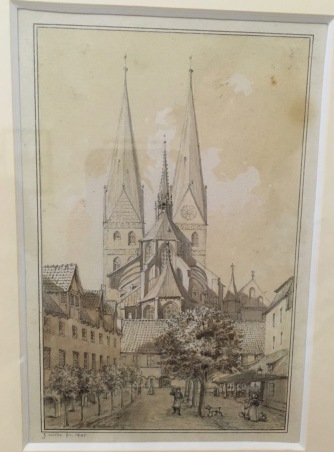 Drawings of The Marienkirche Lübeck by Carl Julius Milde

The Behnhaus Drägerhaus Museum preserves a significant collection of 19th century paintings and sculptures and classical modernism. Internationally renowned and local artists are to be seen in the permanent collection creating a display of great art with a Lübeck, North German and Northern European orientation. These range from Caspar David Friedrich’s Baltic Sea views, the Nazarene art of Johann Friedrich Overbeck (born in Lübeck and active in Rome), and including the German Impressionists Max Liebermann, Max Slevogt, Lovis Corinth, and Gotthardt Kuehl, to the Lübeck paintings of Edvard Munch and others. [adapted from the website notes] 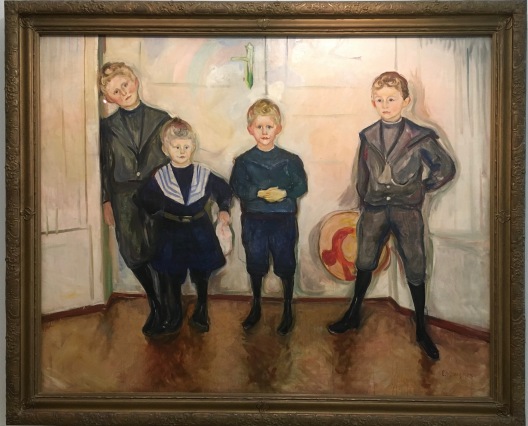 Commissioned by Dr Linde as a birthday gift for his wife. Dr Max Linde, a Lübeck eye specialist, brought Munch to Lübeck and became his first German patron and friend. Munch visited Lübeck frequently and painted many scenes and views of the city, Travemünde and the surrounding countryside as well as other portraits of Dr Linde’s family. 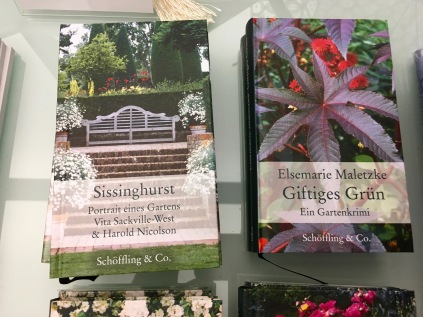 Available in the Bookshop

Continuing along Königstrasse almost as far as the Trave River you come to the latest addition to the fascinating selection of museums and galleries in Lübeck, namely, The European Hansa Museum. It’s a very new museum which was brought to my attention by QB, who comments here (more about our own adventures later).

“The European Hansemuseum, the largest museum in the world dedicated to the history of the Hanse, is now open. A combination of staged historical scenes, cabinets with valuable original objects, the latest museum technology and interactive features enable the museum to convey an informative and fascinating impression of the world of the Hanse, whose legacy can still be felt today. Novgorod, Lübeck, Bruges, Bergen and London represent selected stages in the history of the Hanse.

The European Hansemuseum takes visitors on a research trip across Europe­ to the main commercial centres used by the Low German merchants.­ Dramatic­ rooms establish spontaneous connections to decisive moments of six centuries of cultural and economic history. Detailed and accurate reconstructions of historic situations are interleaved with the classical presentation of original objects and important documents in display cabinets. The entrance ticket is the visitor’s key to their own personalised tour of the exhibition: a selection of four languages­, 50 towns and four topics is stored on a RFID chip, which opens the door to person­alised information on every step of the way through the museum.” [From the website]

Naturally, I chose English plus the Lincolnshire town of Boston and the theme ‘Setting sail’. I didn’t take any photos but enjoyed the insight into a world that I had only heard the name of – The Hanseatic League.