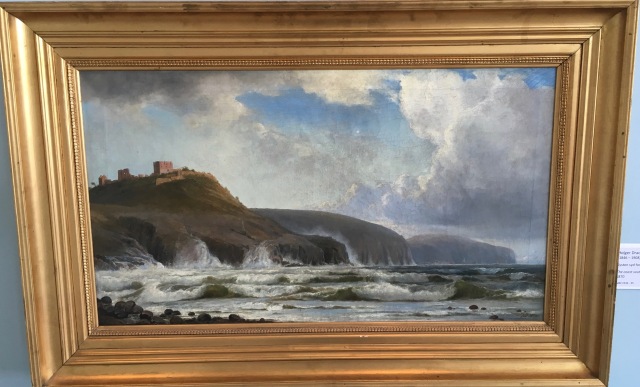 At the Art Museum we saw several paintings of Hammershus Castle. The dramatic castle ruins have attracted artists and visitors for centuries. So, the next stop on our first day’s tour itinerary was to drive to the very northern tip of the island to see the castle for ourselves.

“The largest castle ruin in Northern Europe and the most popular attraction on Bornholm – Hammershus is a place to fire the imagination and bring the history of Bornholm to life. The oldest part of the fortress was probably built in the early 12th century to consolidate control of the island by the Archbishop of Lund (which was then part of Denmark).

For the next 500 years Hammershus was the stronghold of the island’s various rulers. Hammershus was rebuilt and extended on several occasions.
Until the mid-15th century, Crown and church fought. Bornholm remained an important pawn in the game, with the king taking Hammershus, and with it control of Bornholm, several times. Every time, though, the island was handed back to the archiepiscopal see, for the last time in 1362. This time, however, the bishop recognised the right of the Crown to demand the return of Hammershus when the king so wished. But it was not until 1522 that King Christian II exercised this right and asked for the castle to be handed back.

A Romantic Escape Attempt
In 1660-61 Danish King Christian IV’s daughter, Leonora Christina, and her husband, Corfitz Ulfeldt, were imprisoned in the castle for treason. A dramatic escape down the walls and cliffs failed.
Hammershus retained its role of defending Bornholm right up until the end of the 17th century. In 1743 Hammershus was finally abandoned as a stronghold and the people of Bornholm were free to gather building materials from the site until 1822, when the ruins were put on the national historic register.”

This shortened version of its history has been adapted from the Hammershus website.

The single bridge approach to the Castle 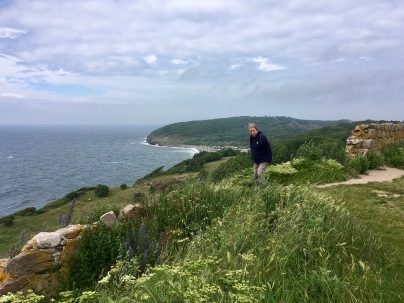 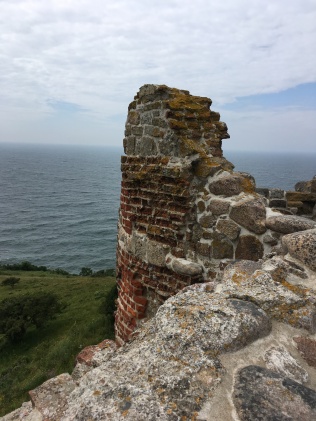 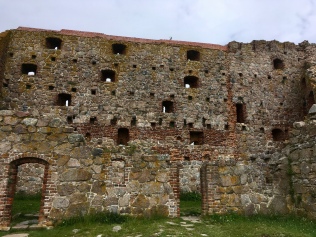 These dramatic ruins now need to be preserved and further archeological research needs to be carried out. To this end a whole new approach to the site is being constructed. 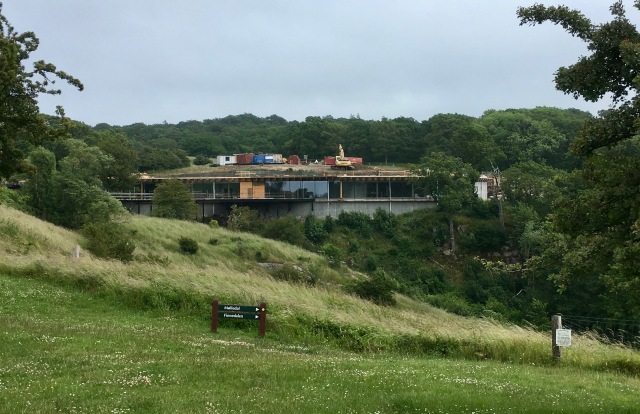 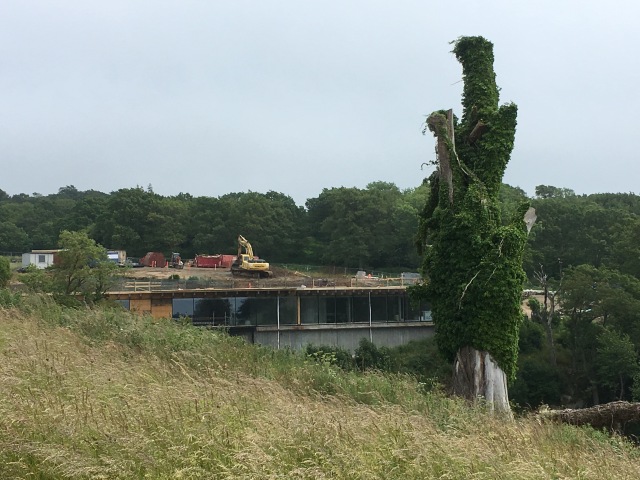 We decided to pass on the visitor ‘experience’, the dining opportunities and souvenir shop at the castle and headed down, down, down to the blustery shore where a small kiosk serves snacks and drinks and a room is provided for days such Saturday 24 June 2017 when the wind is blowing, the waves are beating the shore and the place is hit by squally showers every twenty minute or so. 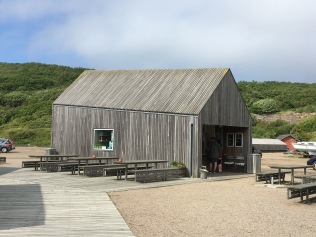 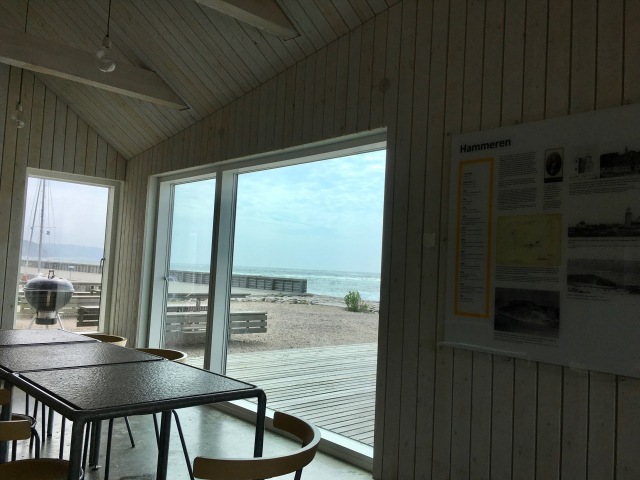